Fresh and elegant, the celadon texture is as fine as jade, this tea caddy is able to match with any type of tea set.

This tea caddy is made of the famous Longquan celadon, with embossed lotus patterns on its body. The craftsmanship is meticulous, makes it a good decoration and artwork no matter where it is placed. Instead of using the push-type lid of other tea caddy, it applies the alloy screw lid, which can better seal against moisture. Moreover, it is deliberately made the lid looks like been used, which adds a quaint style and a sense of age. 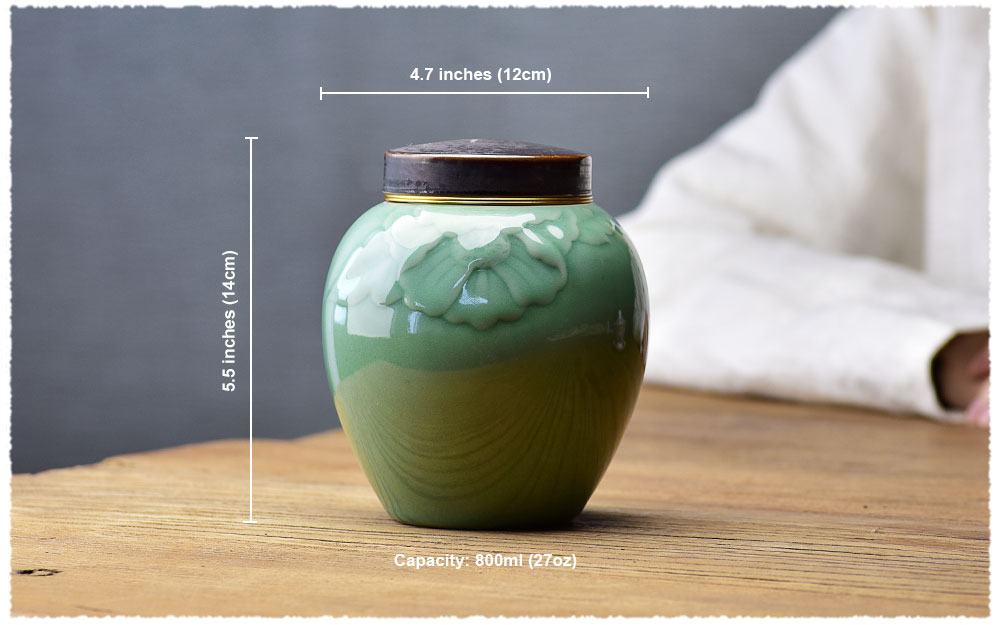 Longquan celadon is one of the specialty products of Longquan City, Zhejiang Province. The firing of Longquan celadon began more than 1700 years ago and reached its peak in the Song Dynasty. It is one of the historical famous celadon kilns with the longest age, the widest kiln site distribution, the highest product quality requirements, the largest production scale and the largest export scope in the history of ceramics in China and even the world.

On May 20, 2006, the traditional firing technique of Longquan celadon was approved by the State Council to be included in the first batch of national intangible cultural heritage lists.

On September 30, 2009, the traditional firing technique of Longquan celadon was approved by UNESCO to be included in the "Representative List of Human Intangible Cultural Heritage". It is the world's first and only selected ceramic project.