Inspired by dragons in mythical legendary, the teapot is in simple shape with promising moral.

In ancient mythology, dragons as a spirit animal represent good fortune and success. This teapot is mostly handmade of a grainy-textured material called Xiangpo Ni, and is crafted in a style convenient for adding and removing large quantities of leaves with its big-mouth design. The handle is also sculpted into the shape of a dragon’s head, strong and powerful and granting a feeling of stability to the pot; the spout also shows a vivid image of a dragon’s head. Overall, though, this teapot’s design is still somewhat understated, as its plain, sleek shape accompanied by the sculpts makes it unique and charming. 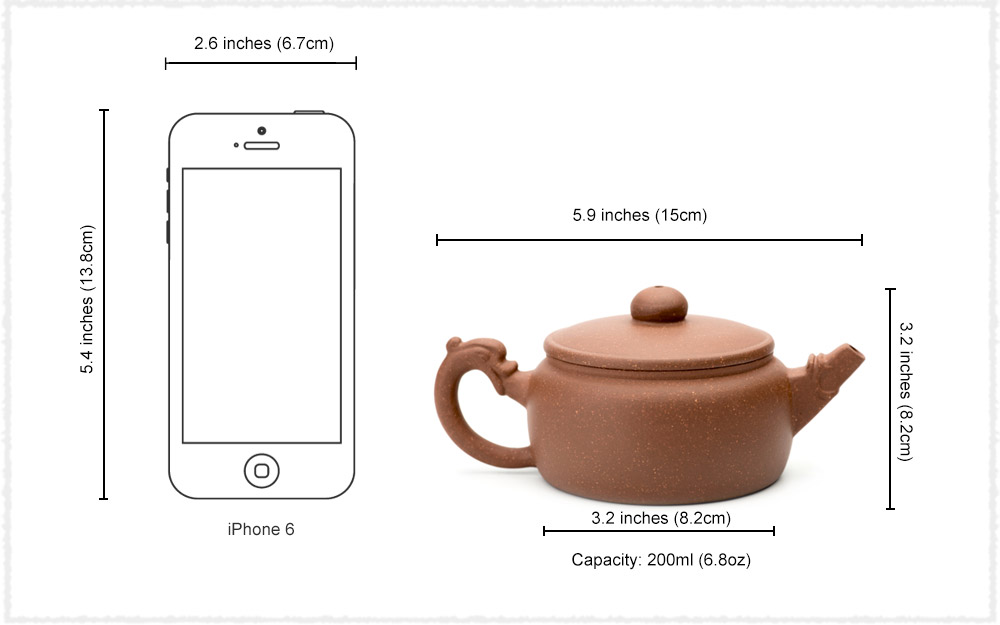 Xiang Po Ni:This clay was originally found in the early 90s when the Yixing government opened the so-called “pottery capital road” running from Dingshan to Yixing, passing through the junction slope of Huanglong and Qinglong Mountains. To smooth the slope, the workers began cutting and digging it away, which resulted in the discovery of the raw Zisha ore. It is also called Gangpo Ni by some local people.

It was discovered by accident, and as such, its stock is scarce. It is light-brown in color which turns a lovely red speckled with yellow once fired, a fresh tone with a granular texture that becomes a bit oily and waxy afterwards, all in all an excellent variety of Zisha clay.