This teapot is exquisite and beautiful, which is very suitable for enjoying a good time tea with friends.

Fanggu is written in Chinese as 仿古 (fǎng gŭ), though was originally known by 仿鼓 instead, meaning that the teapot is modelled somewhat after the shape of a drum. This particular style began during the Qing Dynasty, and is kept alive today by craftsmen imitating the original crafting style; the change in Chinese name marks it as a modern take on an antique style. 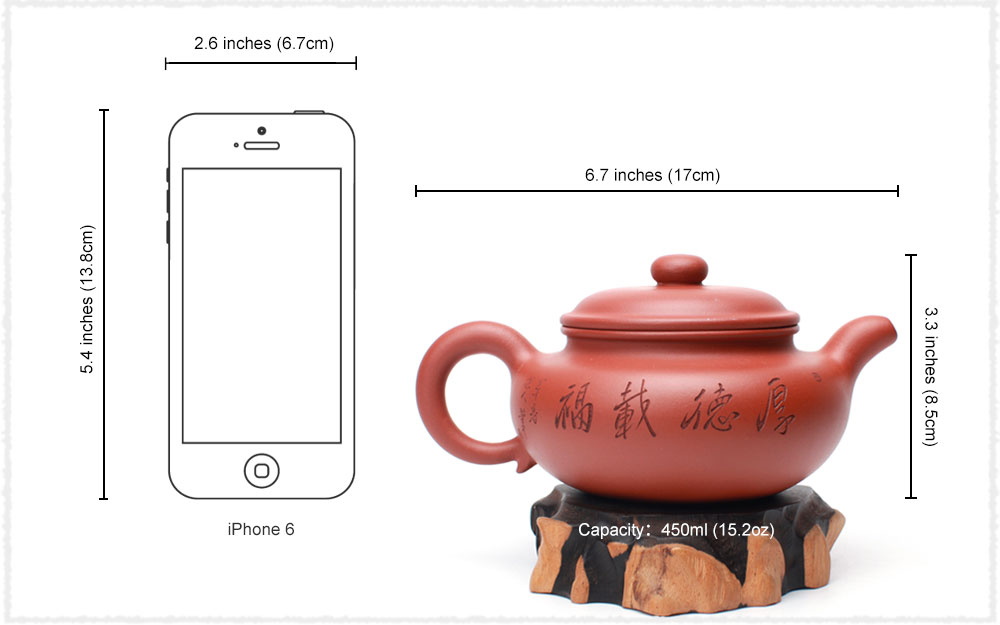 Because it is made from zhuni, this teapot is a rich red color with a slightly orange hue, and a smooth, soft surface. The style of the teapot is simple and understated, yet at the same time quaint and elegant; the material has a distinctive double-pore surface with tiny corrugations, allowing the teapot to both breathe and to hold in the fragrances and tastes of tea brewed with it.

Note: make sure to “preheat” or warm the teapot before using it to brew, by pouring warm water into and over it before the water for your tea. Zhuni does not react well to quick changes in temperature.

Yuan Ting was born in the Zisha village of Yixing, and is skilled in the design and creation of Zisha teapots while using a style combining both modern reality and older tradition. As a result, her works are elegant and graceful, yet simultaneously simple. Using only top-quality materials in her works, she inherits and reinforces tradition while stepping forward with bold innovations in her own uniquely personal style.