Inspired by ancient utensils, and uses rare Xiangpo Ni as raw materials, plus vivid engraving and exquisite calligraphy, this teapot has both use and collection value.

Ru Ding teapot is an imitation-shape teapot. It is inspired by an ancient cooking utensil in China – Ding, which is one of the important species in ancient bronze wares. 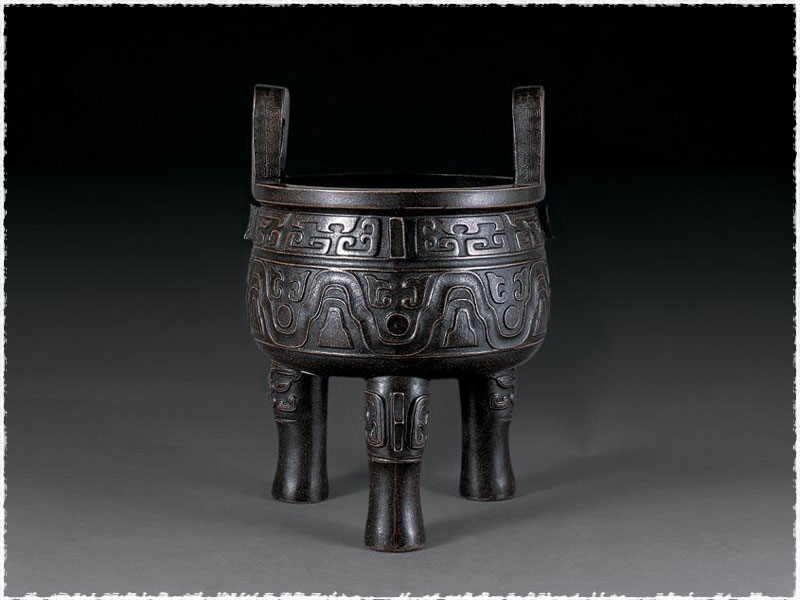 TeaVivre’s Handmade San Zu Ru Ding Teapot is made of the rare Xiangpo Ni and handcraft by teapot maker Sun Wen. The teapot body is full and round, shine and smooth, the lines of the body and the lid are integrated. The spout is short and sturdy, which cause a powerful pouring. The figure engraved on the teapot is Zhong Kui, a supernatural being who can fight ghosts and drive away evil spirits in Chinese folklore. Although he looks a bit crude and terrifying, he is a very talented person and an upright person. The image of this character exactly matches the four words "厚德载福" on the other side of the teapot body, which means that the virtuous man can receive much blessing. 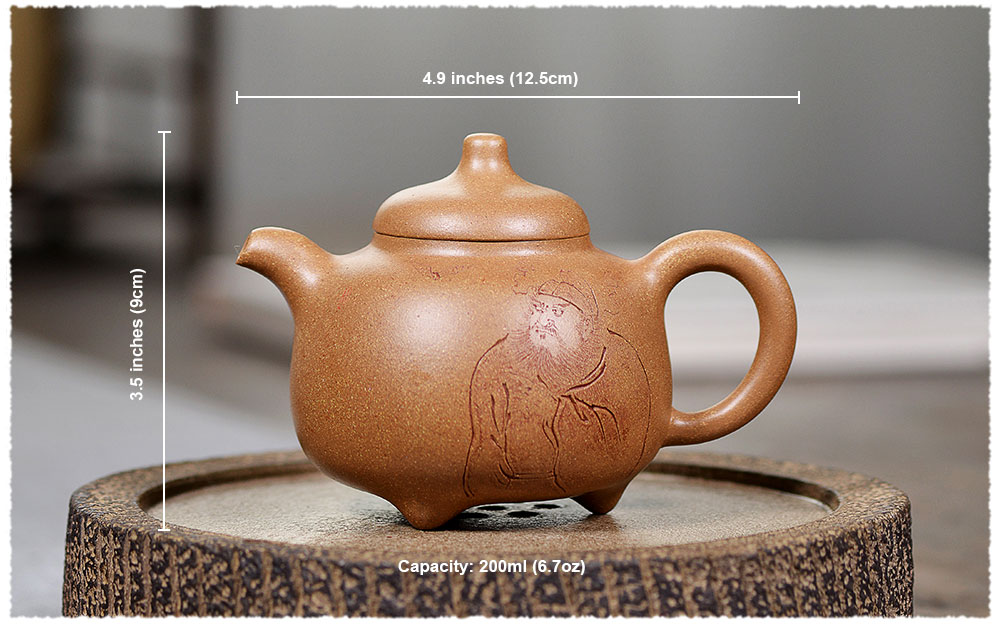 This clay was originally found in the early 90s when the Yixing government opened the so-called “pottery capital road” running from Dingshan to Yixing, passing through the junction slope of Huanglong and Qinglong Mountains. To smooth the slope, the workers began cutting and digging it away, which resulted in the discovery of the raw Zisha ore. It is also called Gangpo Ni by some local people. It was discovered by accident, and as such, its stock is scarce. It is light-brown in color which turns a lovely red speckled with yellow once fired, a fresh tone with a granular texture that becomes a bit oily and waxy afterwards, all in all an excellent variety of Zisha clay.