This article shows essential tea sets in Chinese Gongfu Tea Ceremony. Using a Gongfu tea set, you can fully experience your tea in all ways possible, delighting the senses.

Tea cannot be fully enjoyed without a nice tea set to serve it with, and this is especially important when drinking tea Gongfu style, or as part of a Chinese Gongfu Tea Ceremony. Part of the Gongfu tea ceremony is entirely about the aesthetic appearances and the display of the tea itself. Using a Gongfu tea set, you can fully experience your tea in all ways possible, delighting the senses.

Therefore it is important not only to know what a Gongfu tea set is, but also what it is comprised of and how to use each tool, because drinking tea Gongfu style is as much about the enjoyment of brewing tea as it is about the actual drinking of the tea.

Gongfu tea traces its roots to the Song Dynasty, and then became widely popular during the subsequent Ming Dynasty, spreading to many areas of China, most especially in Fujian, Guangdong. If you would like more information on Gongfu tea, please read our article Gongfu Tea.  If you are interested in Gongfu

Tea trays are usually very beautiful, showing off the beauty of the tea set and displaying all of your tools in a pleasing manner. Tea trays are shallow and can be of various sizes and shapes. The function of the tea tray is to hold your tea pots and cups and can be filled with any overflow of water or water discarded in the process of brewing. Some of the more common shapes of a tea tray are square, round and fan-shaped. 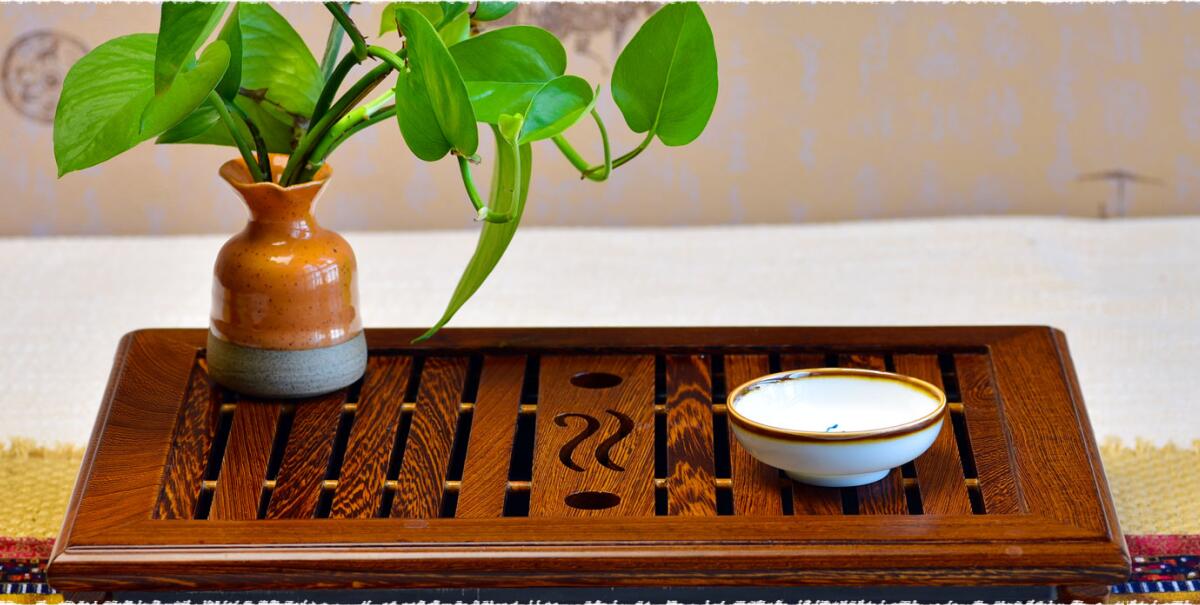 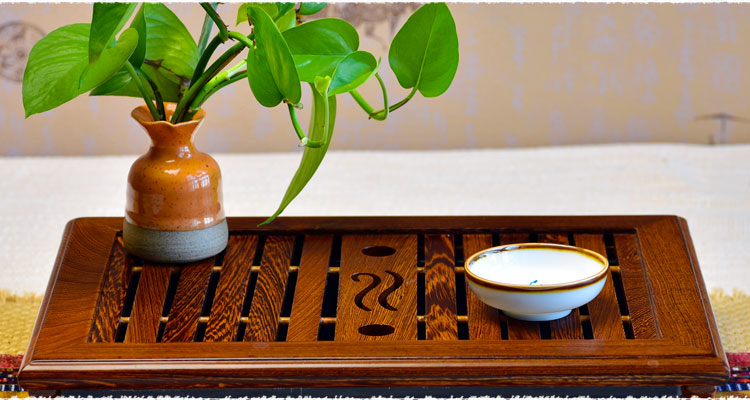 Tea pots are used to brew and pour tea, and you may use a tea pot or a traditional gaiwan to brew your tea. There are many different tea pots available, including porcelain pots, glass tea pots, and tea enthusiasts tend to enjoy the more traditional Yixing clay teapot or sand-fired tea pots.

Gaiwan is used traditionally to brew your tea leaves in, and pour the brewed tea from when brewing tea Gongfu style. People use a gaiwan to gaze up the unfurling tea leaves and to smell the aroma of the brewing tea. Gaiwans can come in a variety of colors and styles. The gaiwan is also called the “sancai bowl”, which loosely translates into the synchronicity of man, earth and the sky as the cover of the gaiwan represents the sky, the bowl itself representing humankind, and the saucer below as earth. 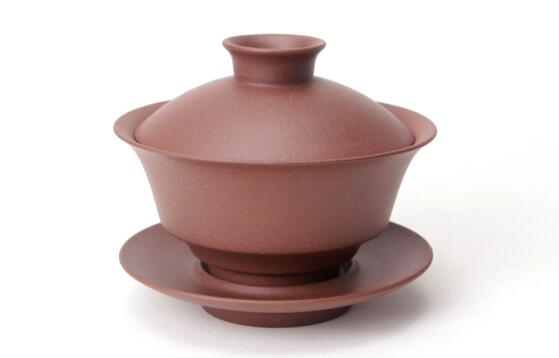 The Filter and Filter Shelf

The tea filter, is used to filter tea leaves after brewing so that you may pour the tea into the fair cup and Pinming cups without having tea leaves in them. The tea filter is traditionally stored on the filter shelf when it is not being utilized. 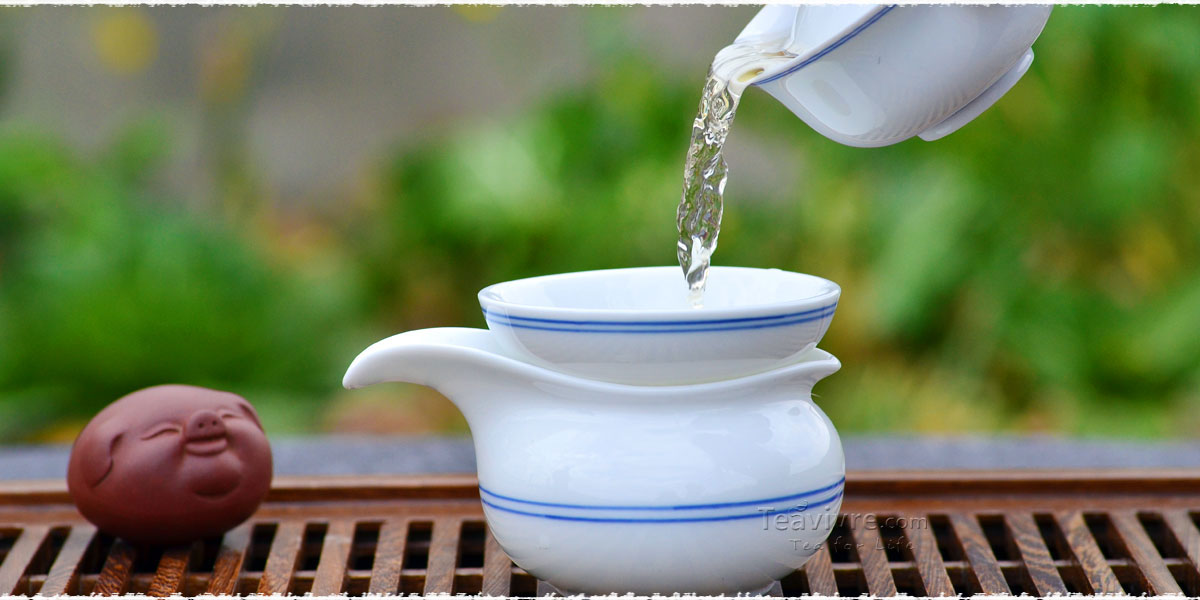 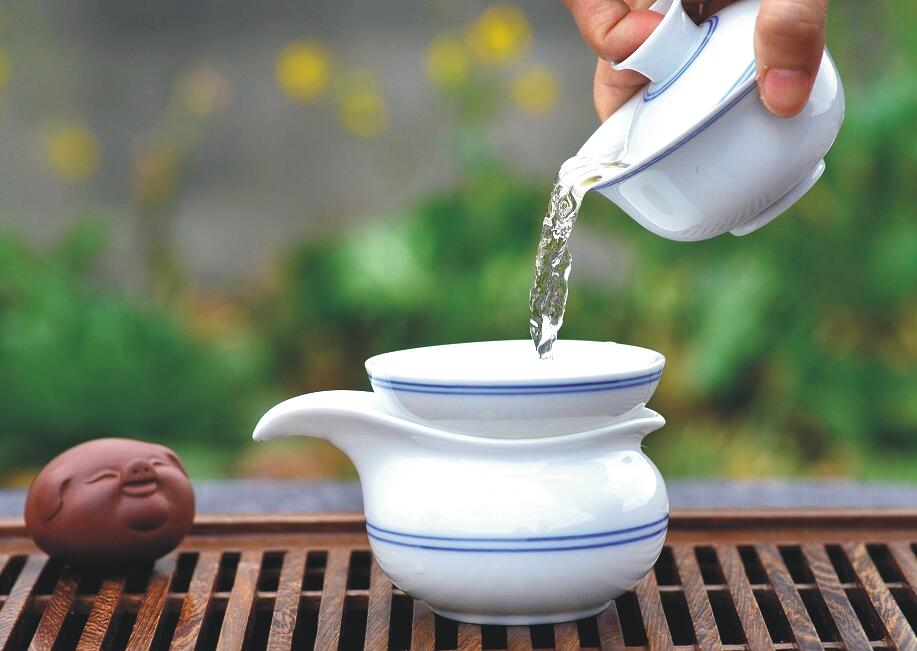 Tea pitcher, which is also named fair cup and cha hai, is used to hold the brewed tea liquor. Once your tea leaves are brewed correctly, the tea is then poured into the fair cup, which is similar to a small pitcher. The fair cup is used to hold the tea and make it the same density and taste throughout before serving the tea to your guests in the Pinming cups, hence why it is called a “fair cup”. 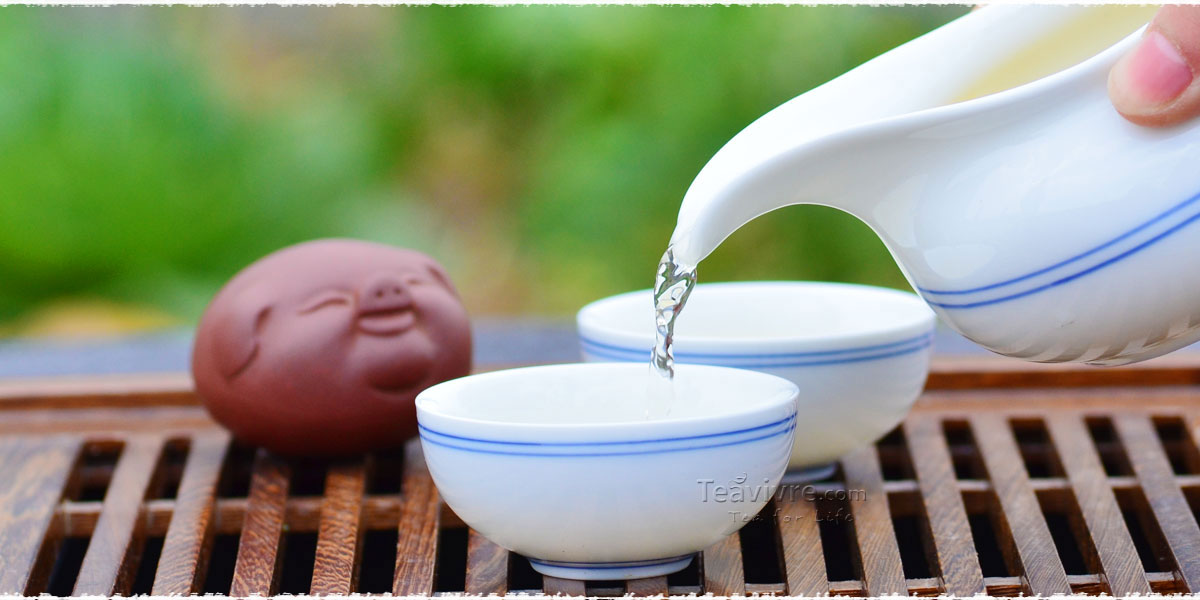 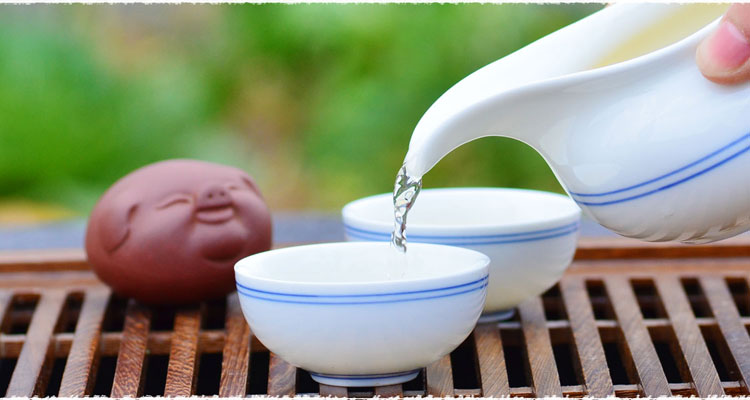 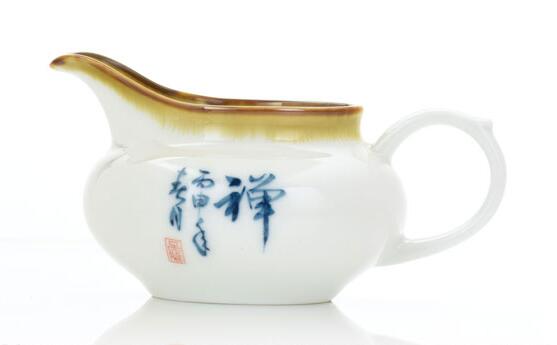 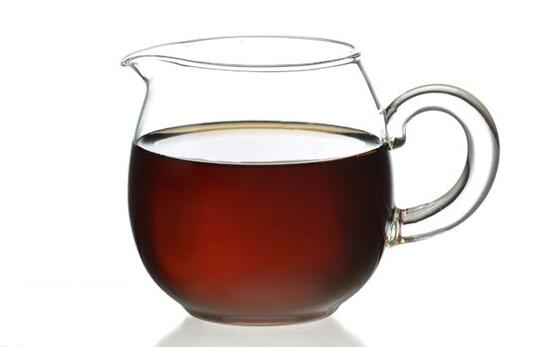 Pinming tea cups are what you pour the brewed tea into from your fair cup to actually drink the brewed tea from, the western equivalent would be the teacup, although Pinming cups are much smaller, shallow and thin. Remember, brewing tea Gongfu style is about fully enjoying every aspect of the tea to the fullest.

Aroma tea cup is used for smelling the fragrance of tea, especially for oolong tea. The appearance of aroma cup is taller and more slender than tasting cup. Usually, one aroma cup should be matched with a tasting cup which of the same material and color. The fragrance smelling cup is intended to capture the aroma and essence of the brewed tea, and is matched with the Pinming cups. 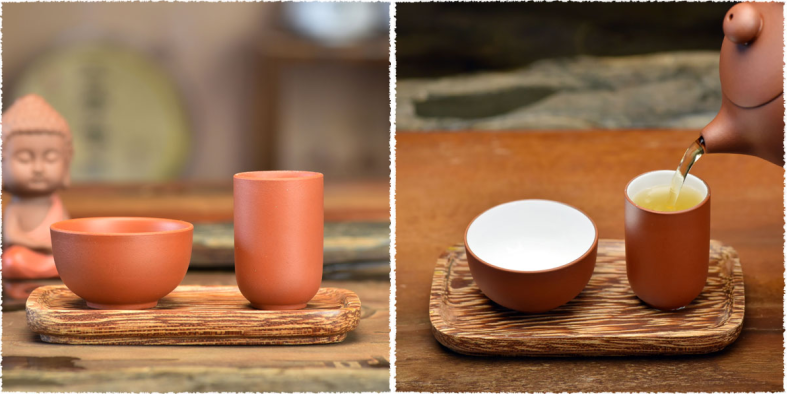 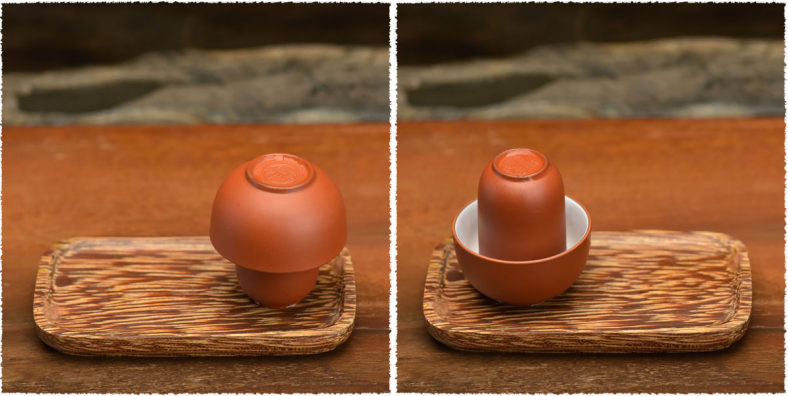 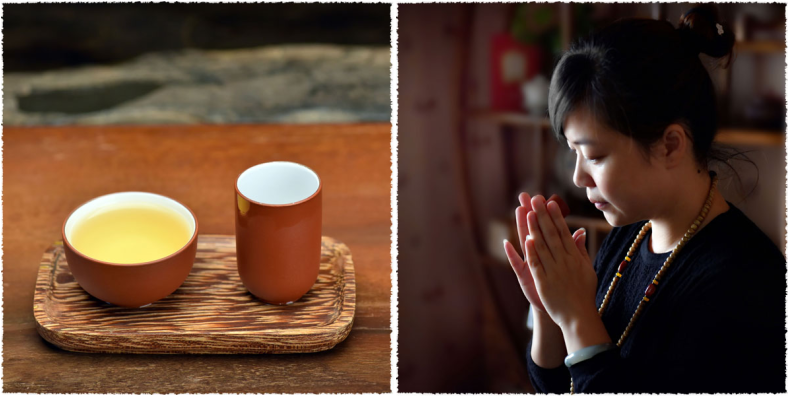 Hold the cups together, quickly reverse them, and make the aroma cup upside down upon the tasting cup.
Lift up the aroma cup uprightly, and reverse it again after the tea liquid drained away.
Hold the aroma cup with your two hands, close to your nose, and smell the fragrance. Moreover, you can also gently roll over the cup between your hands to smell the tea aroma.

The tea holder is known also as the “enjoy tea holder.” The purpose of your tea holder is to hold the dried tea leaves which will be brewed, after removing them from the canister they have been stored in.  Tea holders can be made from many materials including bamboo and wood, however the most common type of tea holder is made from a simple white porcelain.

The Tea Ceremony Sets – They are Useful when Brewing Tea 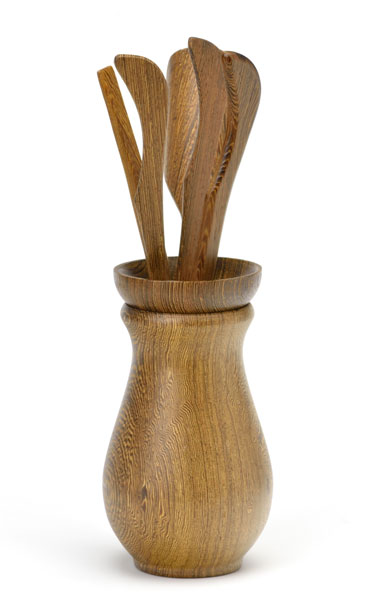 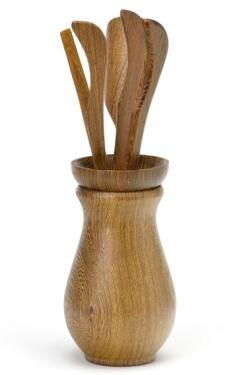 used to take dry teas out from tea bag or tin into your gaiwan or teapot. 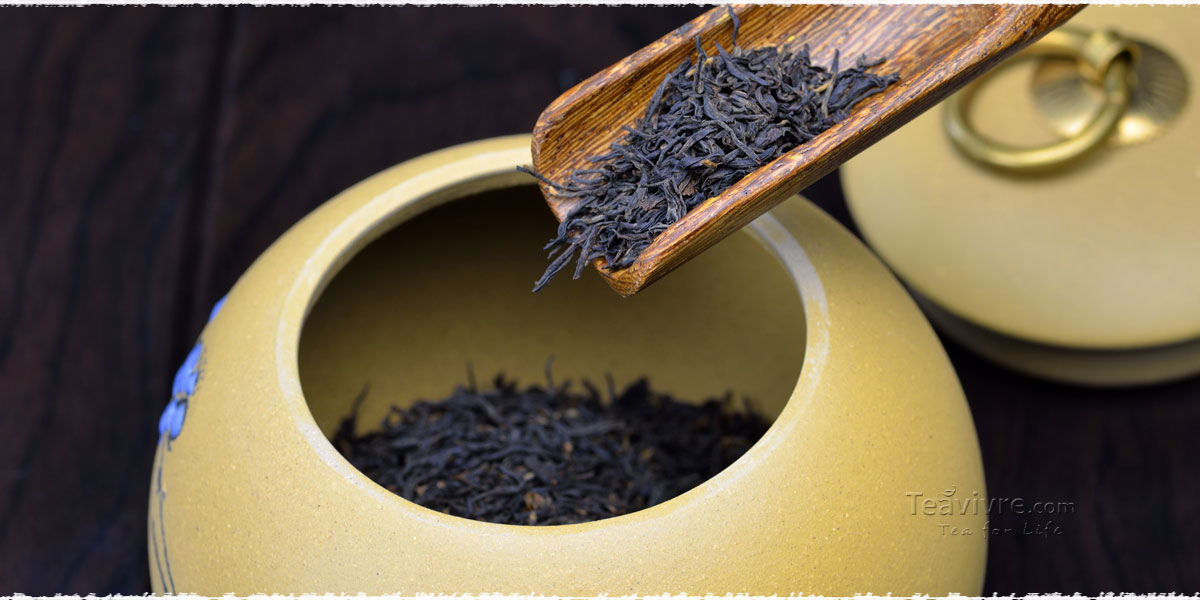 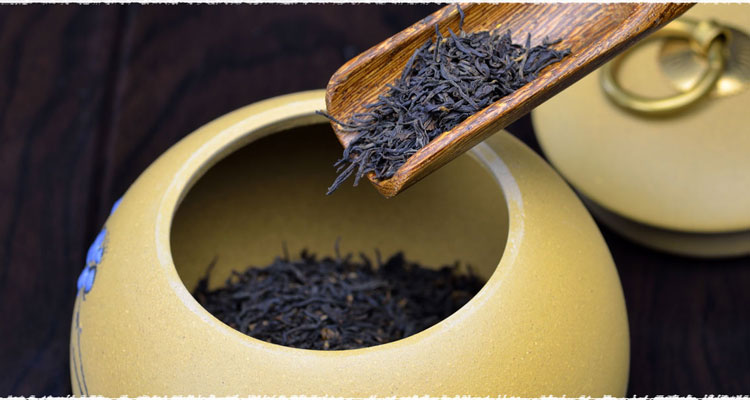 used to transfer tea leaves from the tea holder to your tea pot or your gaiwan.

Tea Funnel is a cylindrical funnel used to direct the flow of tea into Yixing teapot, and also used to prevent the tea from overflowing. 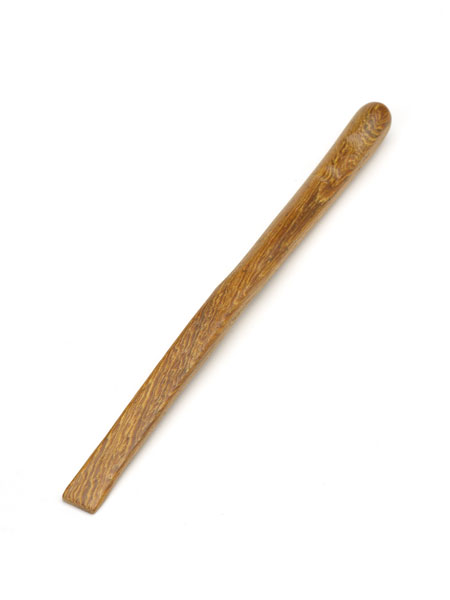 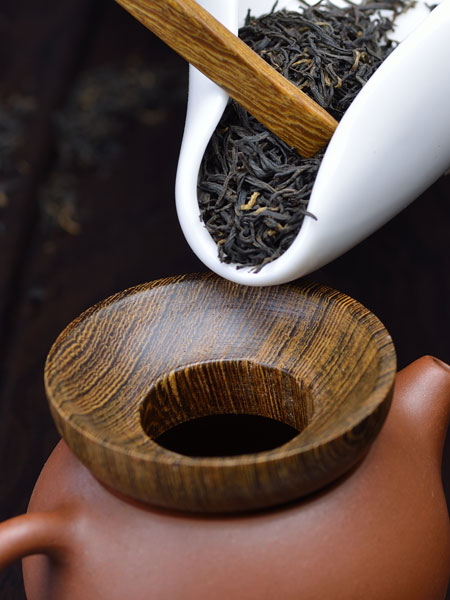 a tool for picking the tea cup to protect your fingers from heat, or taking tea leaves out from Yixing teapot.

for clearing the small tea leaves which blocking the filter holes in Yixing teapots, so that the water can go to the spout smoothly. 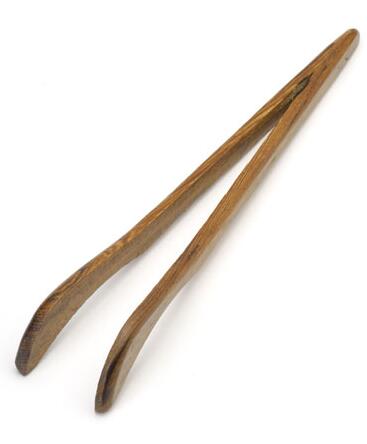 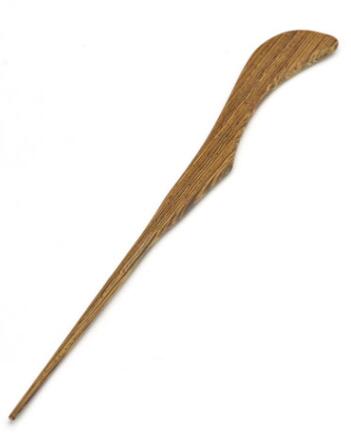 used to hold your utensils such as your tea tweezer, tea pin, tea funnel, tea spoon and tea scoop.

The tea towel is a small but very necessary part of the tea ceremony as it is used to clean up any spills, and water or tea stains, and is usually made from either cotton or linen cloth.  Often the tea towel will match the tea set, however you may use your own cloth as a tea towel if you prefer.

These are the traditional items with which to brew Gongfu tea properly or ceremonially, and have been used to prepare and enjoy tea for hundreds of years.  You can brew almost any tea in Gongfu style, however Gongfu teas such as Oolong teas are much more popular.  However when you are brewing Pu-erh tea such as Puer bingcha, zhuancha, toucha and other compressed tea, you will also need to use a Pu-erh tea pin or tea knife to loosen your tea. Please read our exclusive Teavivre article on How to Loosen and Pry Pu-erh Tea for complete information on preparing Pu-erh tea for brewing.