As we all know, Pu-erh tea has different types. They are classified different levels according to the picking time. Where there is a good plucking time, there is a high quality Pu-erh tea raw material. Picking farmer pays their attention to the tea trees and take a good care of them. This article is talking about the different time for picking Pu-erh tea.

During the early hours of dawn, while the first rays of sun begin to shine from the distant horizon and another day begins, the tea farmers have already long ago begun their work plucking Pu-erh tea from the tea fields.  They watch the beautiful Chinese sunrise as the sun’s first rays brighten the fields of tea trees.

The reason the tea farmers begin their work so early before the sunrise is because the best time to pluck fresh Pu-erh tea leaves is approximately a half hour past sunrise. They choose this particular time to pluck the leave to avoid having too much water contained in the leaves when rolling and withering them.  The farmers and tea pickers finish plucking the leaves between 10 am and noon. 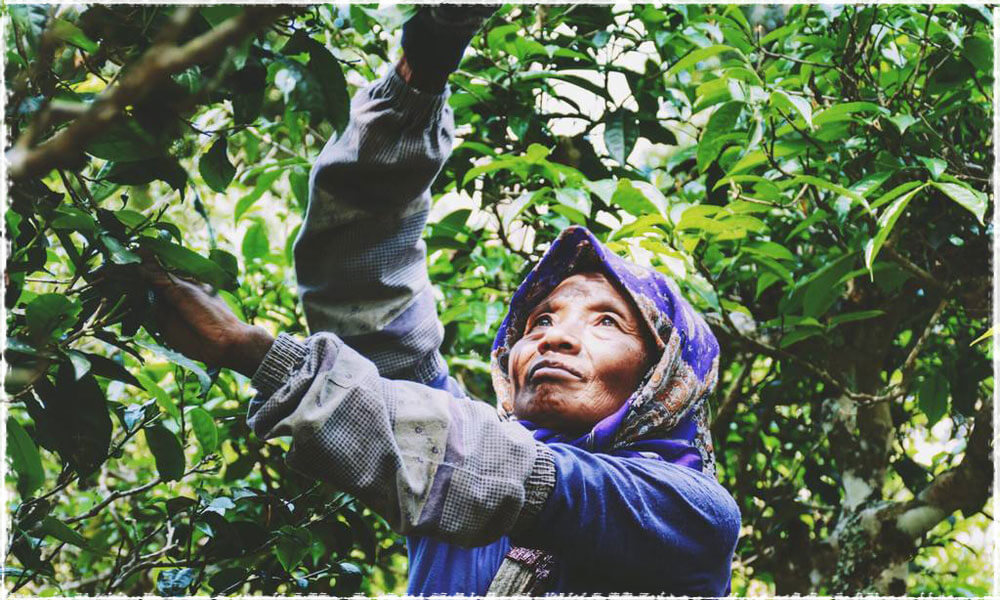 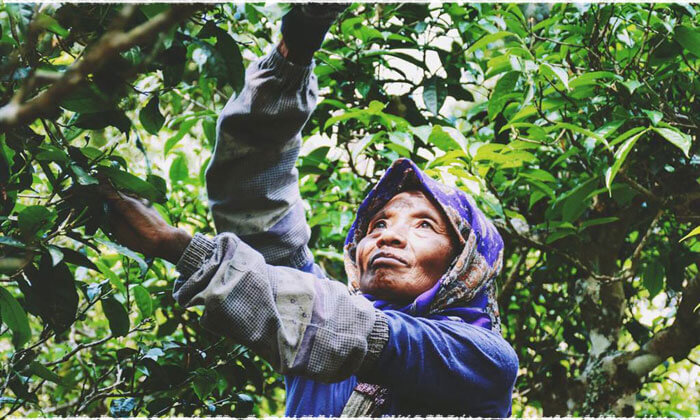 Pu-erh teas are predominantly picked during the spring, summer and autumn, however in the tea world there are two other distinctions in season for picking Pu-erh tea; the dry season and rainy season.

Therefore each year the main months for plucking a good Pu-erh tea is between late February into the beginning of November. 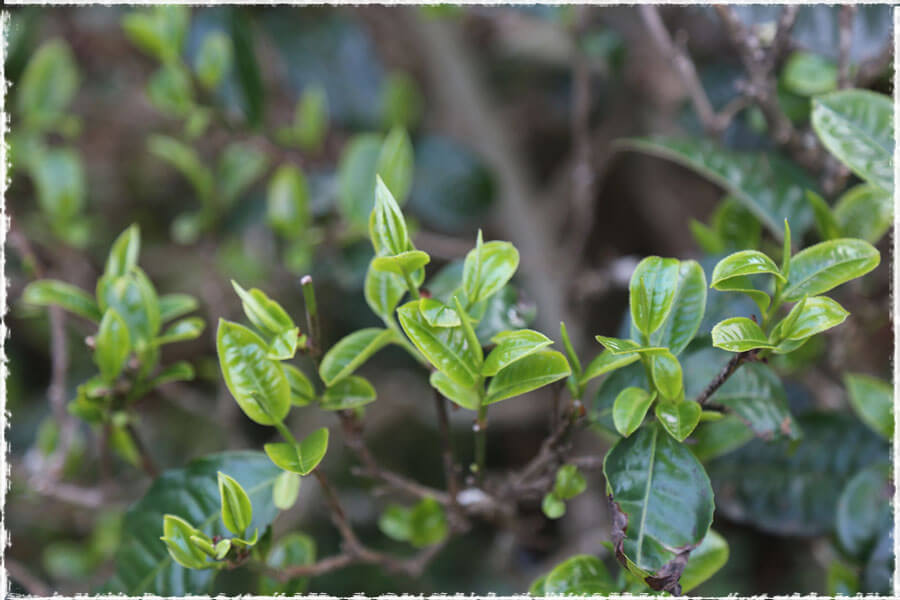 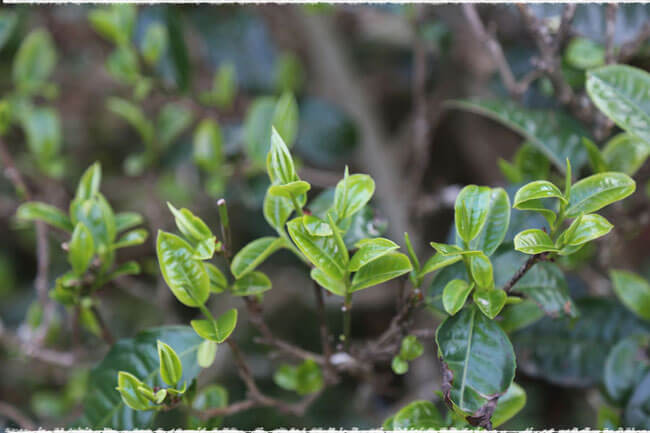 Depending on the season in which the Pu-erh leaves were plucked, there will be differences in the quality of the tea produced.  In China, these distinctions on quality due to picking season are referred to as “chun jian” and “gu hua”.  These Pu-erh teas have a very high quality.   The dry season Pu-erh picked in the early spring has a refreshing aroma and flavor as well as a smooth mellow flavor.  An example is this  Ripened Tribute or Golden Buds Pu-erh Cake Tea, which has an excellent flavor and is produced during the springtime. 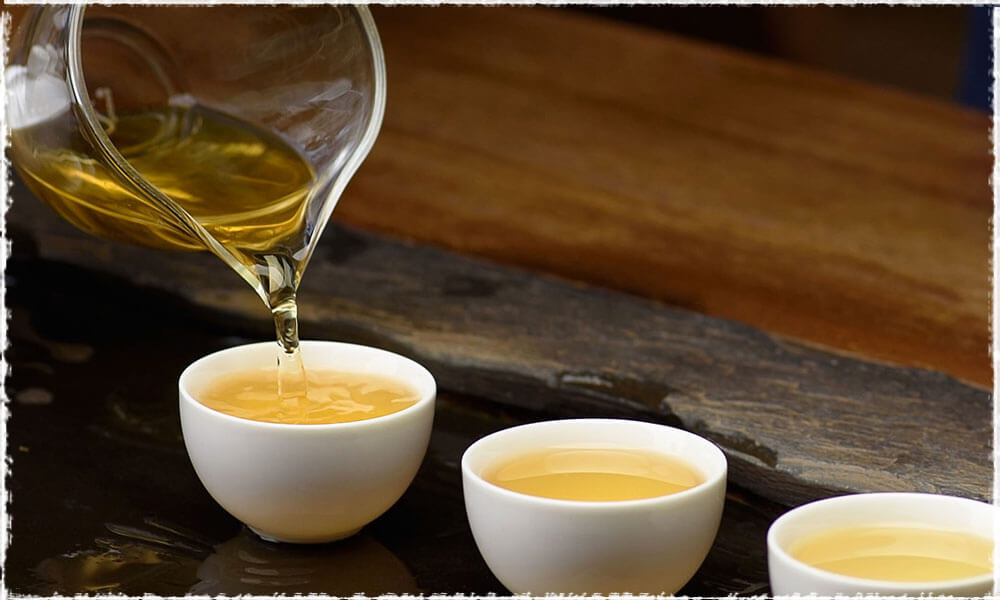 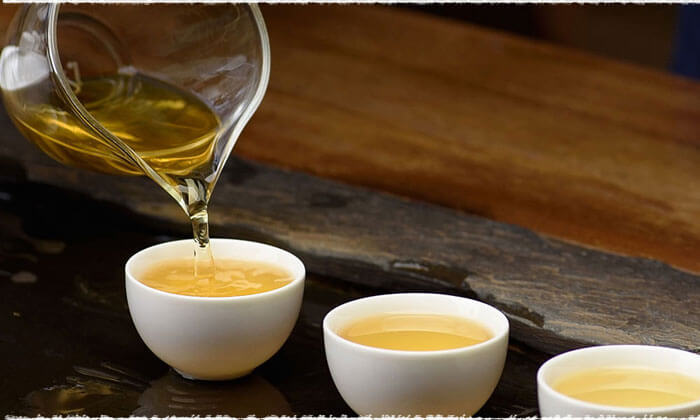 Chun Jian Pu-erh tea is picked early in the spring, and because of of the altitude and climate begin to sprout as early as February.  If the Pu-erh tea leaves are picked from February to May, they are considered to be “Chun Jian”.

Usually the tea plucked in the springtime known as Chun Jian differs while growing because of the difference in rainfall there during that time of year.  The most highly valued Pu-erh teas are plucked before Qing Ming, also known as Tomb-Sweeping Day so that there is less moisture and precipitation before then which results in the Pu-erh tea having much more nutrients and benefits.

Pu-erh tea plucked after Qing Ming will grow much faster due to increased precipitation and therefore due to the fast rate of growth contains less concentrated beneficial nutrients.

Beside being known as Chun Jian, Pu-erh tea picked in the springtime are also classified into three sub-groups called: early spring, middle spring and late spring.  Each are very strictly categorized, and the early spring tea is of the utmost highest quality as they have been latent through the winter, gathering energy.  The buds are very tender and wiry with tight slender tips tinted a light green color.

When you brew a cup of Pu-erh tea, the aroma is rich and slightly mellow and lasts a long time, providing soothing aromatherapy with your tea.  The liquor of the brewed tea is a bright green and the flavor is very refreshing.  The tea leaves themselves are even and beautiful after being brewed, and can be re-brewed several times. 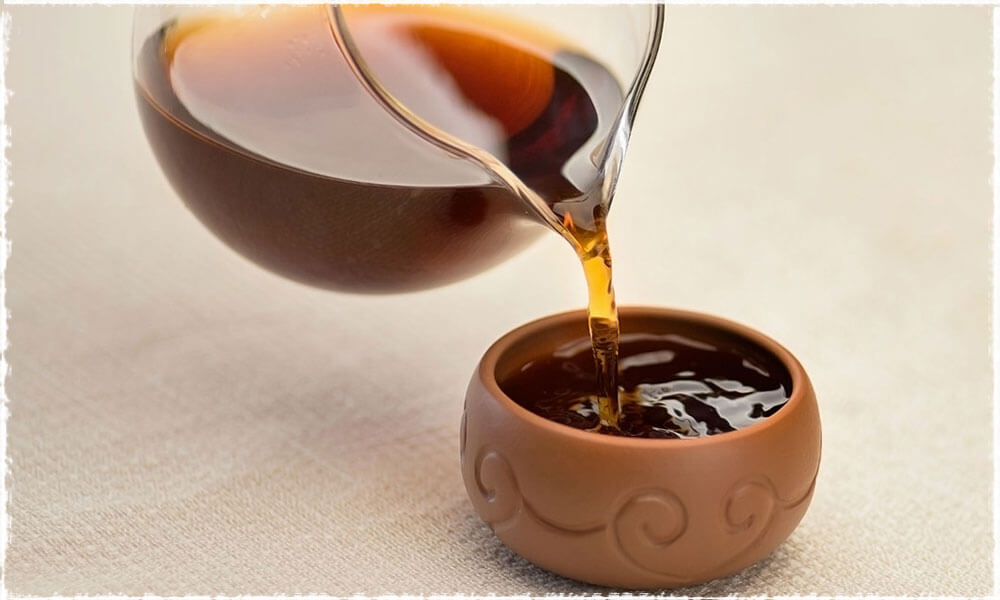 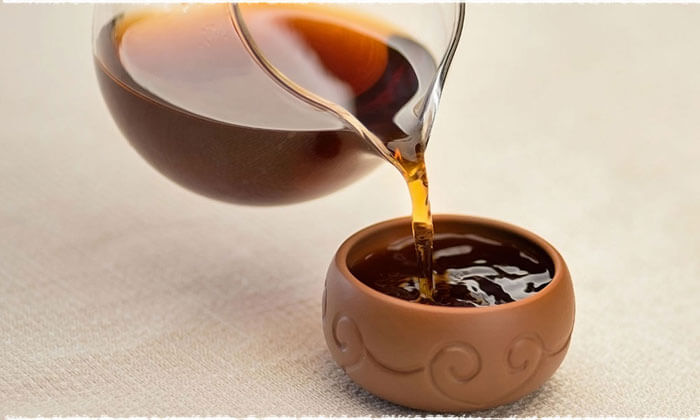 After the end of the rainy season during September it is once again harvest time for Pu-erh tea.  This time, because of all of the precipitation during the monsoon season, the tea trees sprout bountifully and the buds and tips emerge full and fat.  This type of Pu-erh tea is called Gu Hua.  Gu Hua is considered an autumn Pu-erh tea, however the buds and tips are still very tender.  Though the flavor may not be as smooth as a Chun Jian Pu-erh, it has a fresh flavor with a very sweet aftertaste on the palate.  The overall flavor is delicious and very soothing. Although Chun Jian is of better quality and has a more light flavor, Gu Hua is still a beautiful tea worth drinking.

At the end of the day while the sun sets quietly and warmly in the west, the tea workers finally stop their work to provide the world with quality Pu-erh tea.