This year has the biggest number of competitors in history and is also considered to be the most competitive year. We are honored that our Premium Dragon Well Long Jing Green Tea has won the Gold Medal of the Green Tea Category in The 2019 Golden Leaf Awards.

Processing tea with machine is the making method that most businesses will use on the market, which can not only maintain the standard taste and quality, but also save time and save a lot of labor. But why do many people still pursue full handmade tea? Because it has the factor that machine can not be replaced – people.

Stir Fish Fillets with Long Jing Leaves belongs to Zhejiang cuisine, and the main ingredients are fish and Long Jing tea. Fish can be mandarin fish, black carp, Asian carp and other fish. 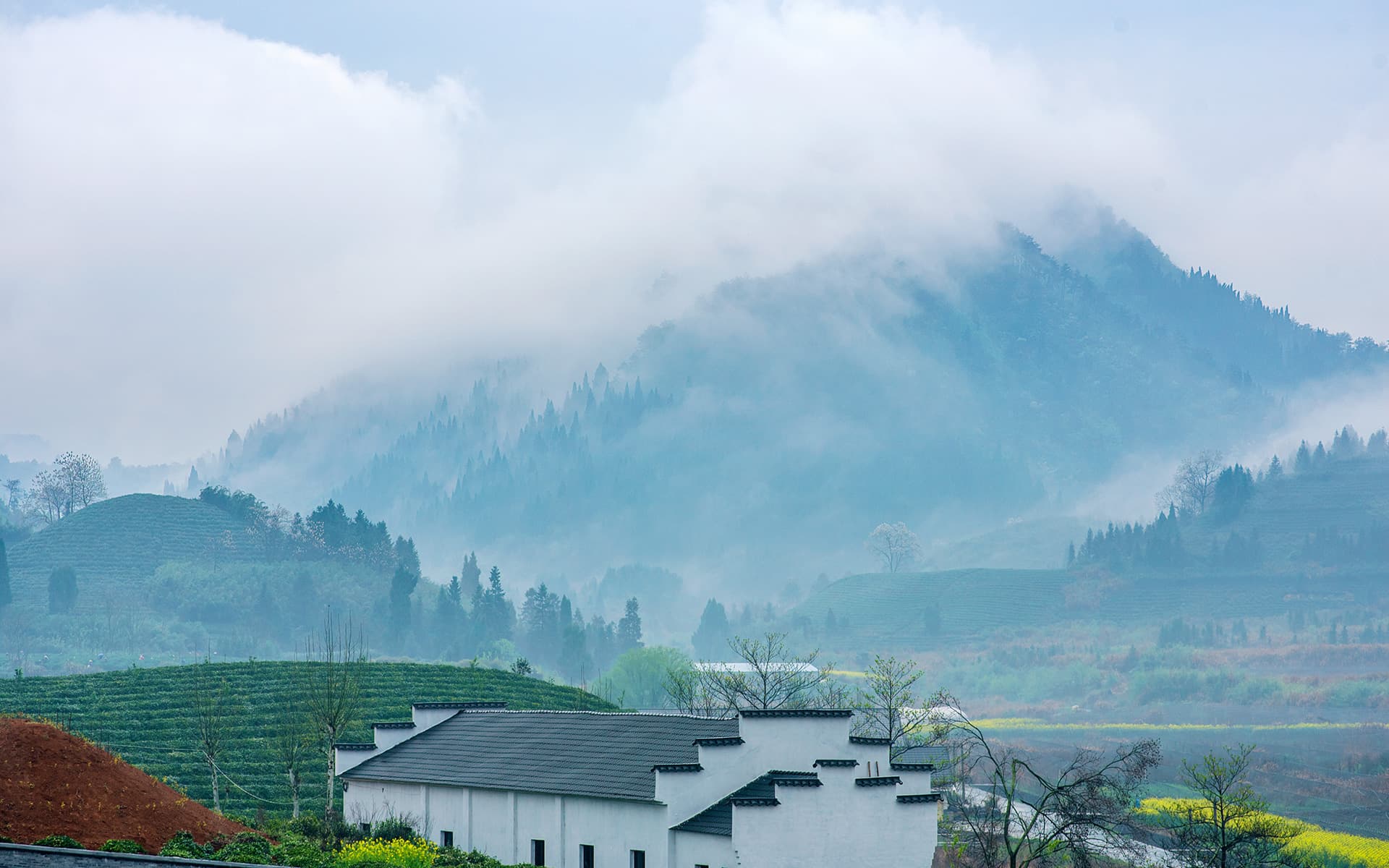 Qiandao Lake Organic Tea Garden is located in Chun’an County, Hangzhou City, Zhejiang Province,China. Nourished and influenced by the water of Qiandao Lake,the tea plants here are grown in a pure natural and pollution-free environment, which also gives the tea itself a natural sweet aftertaste. 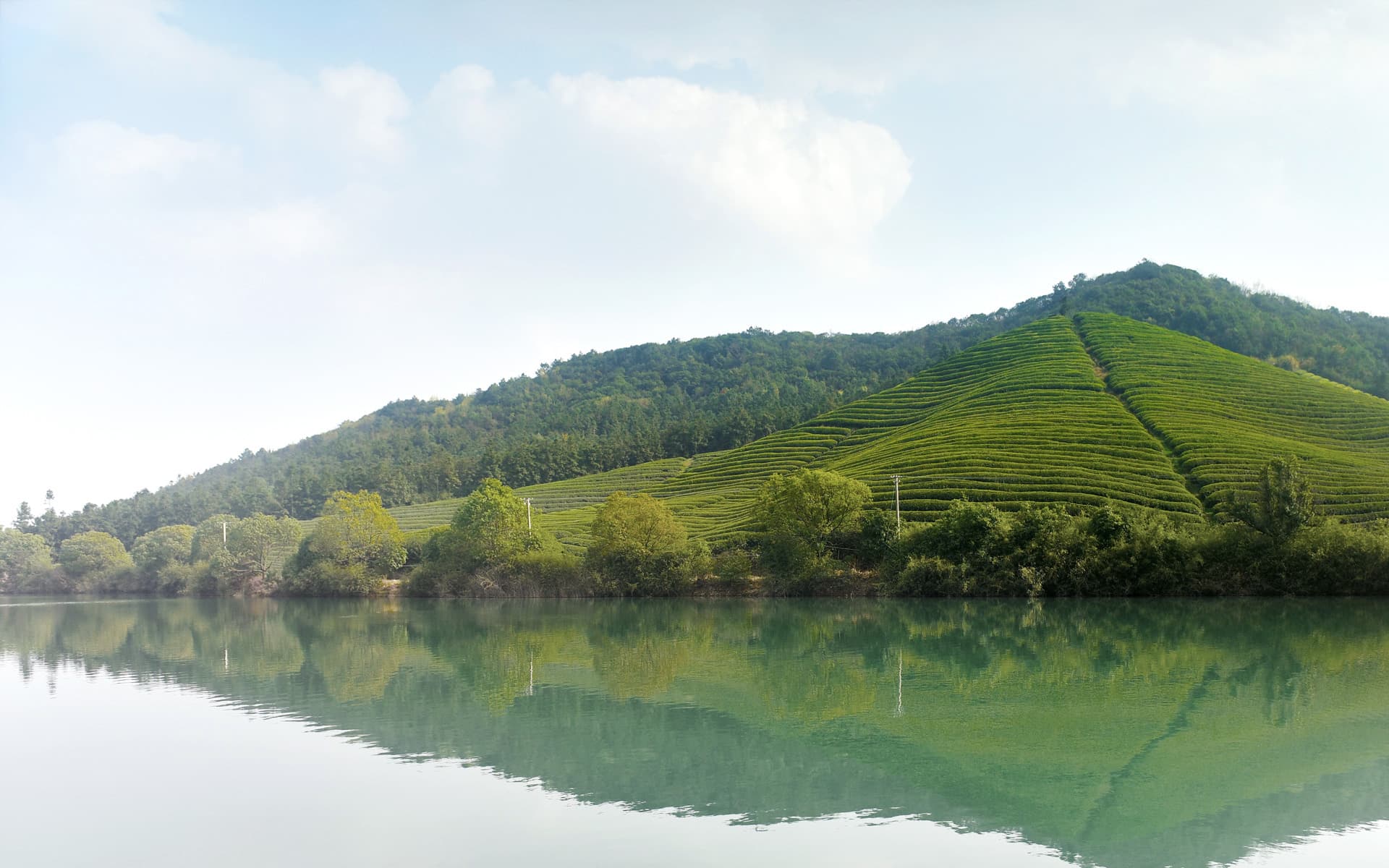 The brief introduction of typical shapes of green tea as well as their respective representatives.

Longjing Tea, also known as West Lake Longjing, is a China Famous Tea – in fact, unquestionably, the most famous one – grown originally in the Longjing mountain area of Hangzhou, southwest of the West Lake. Longjing teas can be classified into West Lake Longjing Tea, Qiantang Longjing tea, Yuezhou Longjing tea, according to their producing areas. Among them, West Lake longing tea has attracted most attention of people worldwide, regarded as the Rolls Royce of the Long Jing varieties. Historically, Westlake Longjing producing area was divided into four sub-regions: 狮 (Lion Peak Mountain), 龙 (Longjing village), 云 (Yunqi), 虎 (Tiger Spring), 梅 (Meijiawu). However, the teas which are picked before the Qing Ming Festival, which called as Pre-ming Longjing, because of its limited output, it is the most precious kind among all.

Early spring, on 25 March, we teavivre.com arrived at Hangzhou and paid a visit to splendid Shifeng mountain which is famous for being permeated in perfume of fresh tea leaves all year round.

In fresh April in Hangzhou, follow the tea fragrant, choose a right farmyard teahouse, have an cup of authentic West Lake Dragon Well Tea but not to mind a palatable peasant family’s meal, and enjoy a real ceremony of tea art, is no doubt the fashionable relax in the season, as well as a freshest travel means today.

Dragon Well Longjing tea is a delicious variety of roasted green tea which is produced in West Lake in the Hangzhou, Zhejiang Province of China. It has a nice Flavor and Appearance and we need a proper brew method and a suitable storage ways. This is a summarize of Dragon well tea.

Dragon Well tea is famous for her green color, fragrant smell, refreshing taste and beautiful body, which is well renowned by people in the world. The best choice for making Dragon Well Tea is to choose a clear glass teacup. You can also choose gaiwan, named covered bowl, to brew it,too.

Green tea provides many anti-oxidants and other health benefits, which is why many people drink Dragon Well tea, in order to keep their healthy. Green tea has been shown to help with weight loss, protection against toxins, relaxation, anti-aging benefits and many other reported health benefits. Different brewing way and grade of the dragon well gives different feelings. Here can be found a way for choosing dragon well tea.