Generally speaking, the temperature of making Jianzhan is around 1300℃. For the multicolored oil spot Jianzhan, it is also very strict on temperature control and firing time, otherwise, it cannot get ideal Jianzhan. TeaVivre’s this Partridge Feather Jianzhan has clear color and vivid spots. The spots will reflect different colors with different kinds of tea liquid while we pour the tea into Jianzhan tea bowl.

It is such a wonderful thing to smell the attractive tea fragrance, and enjoy the charming spots inside the tea liquid. 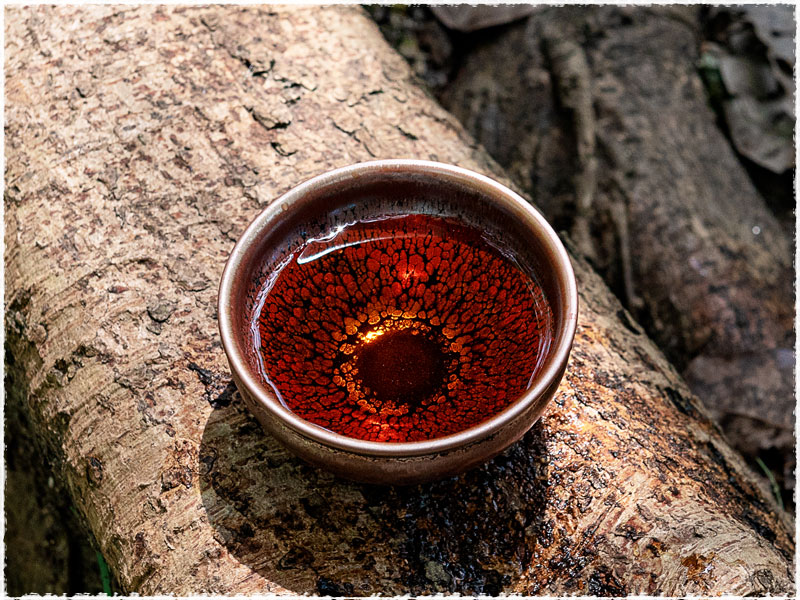 Jianzhan has the characteristics of “one color into the kiln, a riot of colors out”. Each Jianzhan adopts the same glaze, but due to the diverse firing methods of masters, different indoor temperature and other factors, the final cups will be distinct in the patterns and glaze colors. As we all know that no two leaves are exactly the same in the world, which is also applicable to Jianzhen. However, one type of Jianzhans are similar in general. 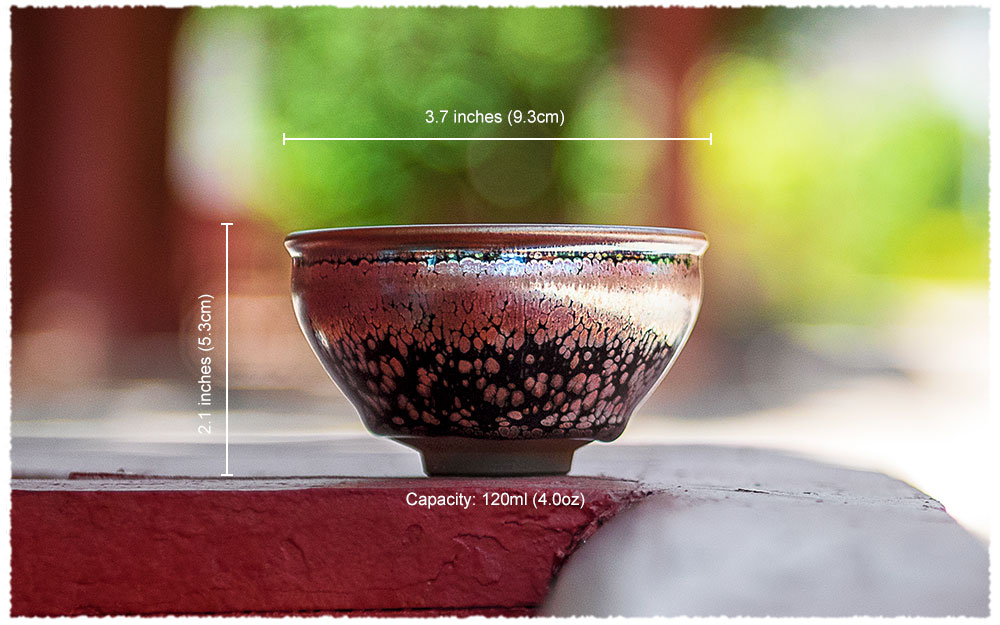 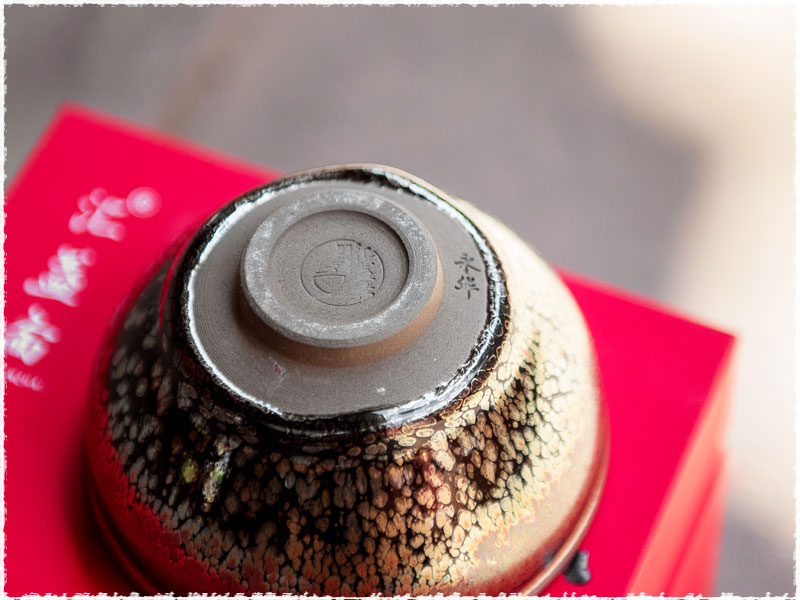