This Gaiwan has exquisite workmanship, retro and elegant. With Large capacity, it is suitable for people with big hands. 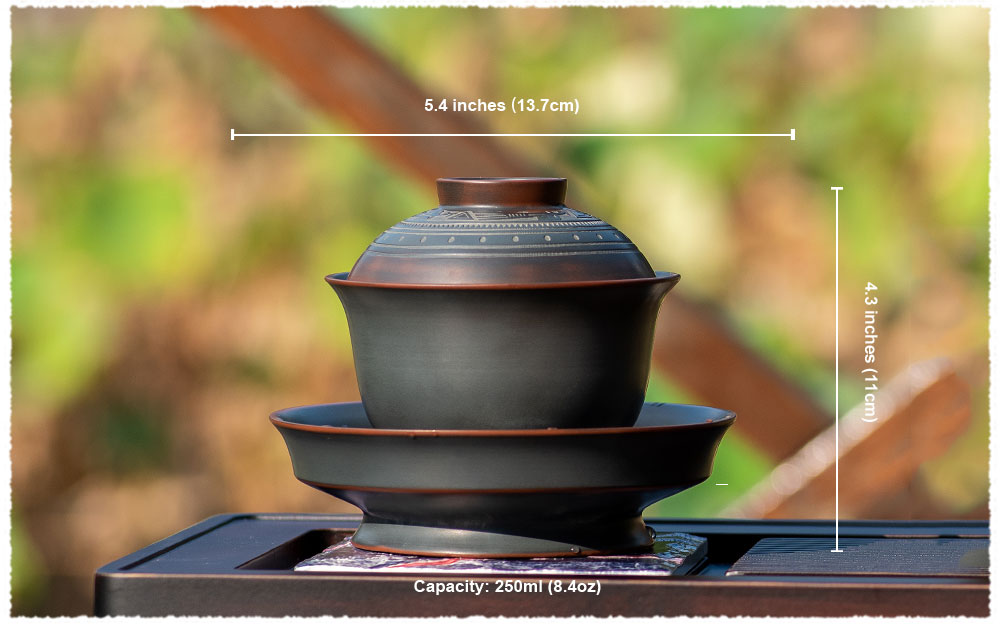 The first Nixing Gaiwan for teavivre. Nixing pottery has superior heat preservation and air permeability than ceramic or porcelain Gaiwan. As a result, it is more suited for brewing teas like Oolong, Pu'erh, and others that demand high temperatures. It will absorb the tea scent as we use it, much like Zisha, giving us a greater tea-tasting experience. It also features a substantial base that may be used as a standalone refreshment tray to contain some dried fruits or other snacks.