Simple and elegant, natural and dignified, suitable for gifts and personal use.

Nixing pottery is not glazed but natural firing. The clay is fine and smooth with good air permeability. Nixing pottery is rich in minerals, which produces kiln change during the firing process. The color of each pot may be slightly different during the kiln change. After certain time of raising/yang hu, the beauty of the teapot is easy to appear, the surface will become smoother and warmer with lustre colour. 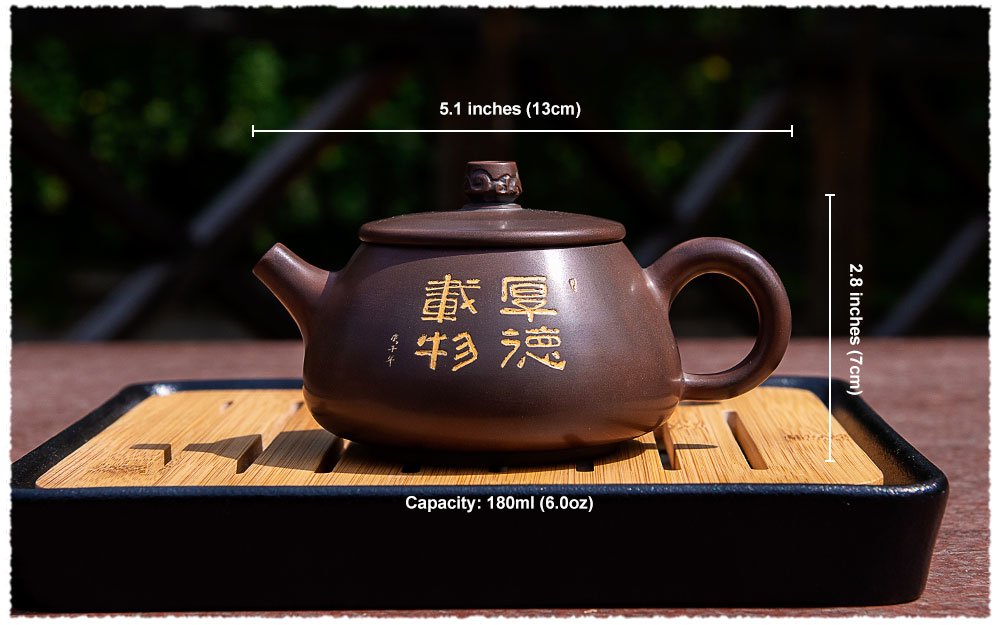 This Nixing teapot is the classic Shi Piao shape and the overall proportion is very coordinated. The 180ml capacity is suitable for personal use or sharing with friends. The four Chinese words “Hou De Zai Wu” are engraved on the body of teapot, which means that people's good character should be as broad and thick as the earth, which can carry all things. 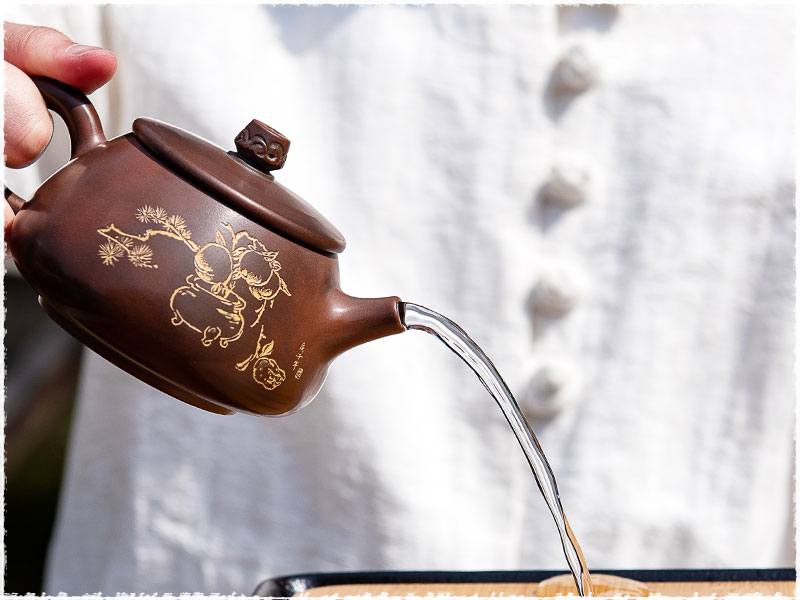