Excellent engraved paintings and words and round shape are very suitable for modern people's preferences, and the clay is rare, so it is worthy for collection.

Ru Yi is a classic style of Zisha teapot, with the idea of a square within a circle inspiring the shape of the body, dignified and beautiful. TeaVivre’s Ru Yi pot is different, however, with its rounder body, drooping handle, small, short spout, and neckless pot design - the lid is embedded directly into the body. The surface of the pot bears an image of bamboo and birds, while the other side bears the words Qing feng jun jie (清風峻節), signifying that you should strive to be incorruptible, honest, and noble above all else. 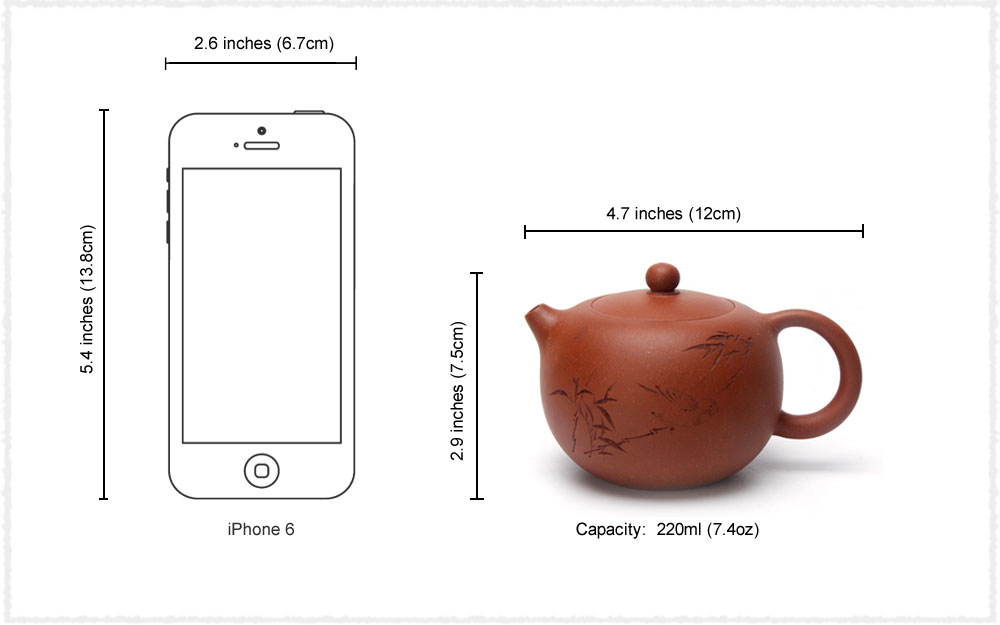 Xiang Po Ni: This clay was originally found in the early 90s when the Yixing government opened the so-called “pottery capital road” running from Dingshan to Yixing, passing through the junction slope of Huanglong and Qinglong Mountains. To smooth the slope, the workers began cutting and digging it away, which resulted in the discovery of the raw Zisha ore. It is also called Gangpo Ni by some local people.
It was discovered by accident, and as such, its stock is scarce. It is light-brown in color which turns a lovely red speckled with yellow once fired, a fresh tone with a granular texture that becomes a bit oily and waxy afterwards, all in all an excellent variety of Zisha clay.