Made of Zhu Ni, this tea pet is suitable for a long-time raising.

This tea pet is made after the appearance of Shar Pei. The hair of the puppy is very clearly drawn by the process of “la mao”. 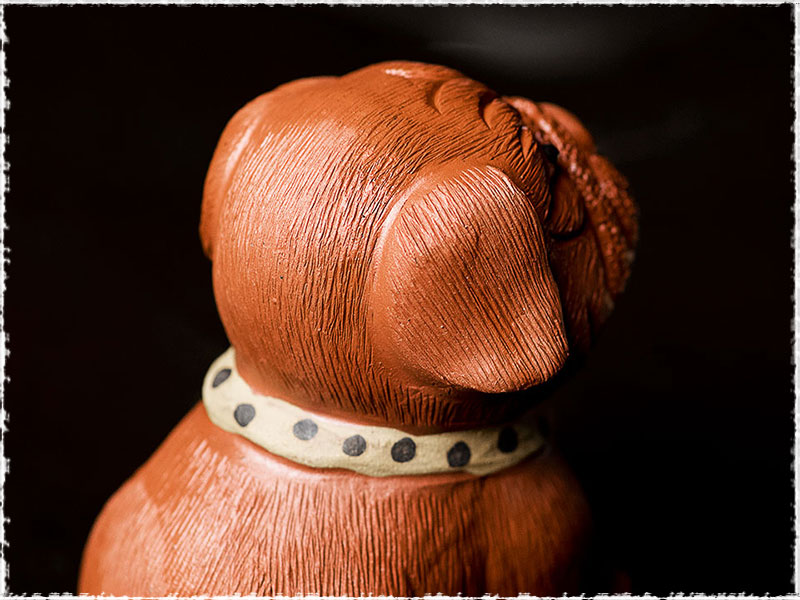 The puppy is sitting, its head is slightly raised upwards, the tongue is extended upwards, and a collar is worn on his neck. In addition, the eyes are decorated with small black beads, making the tea pet more vivid. 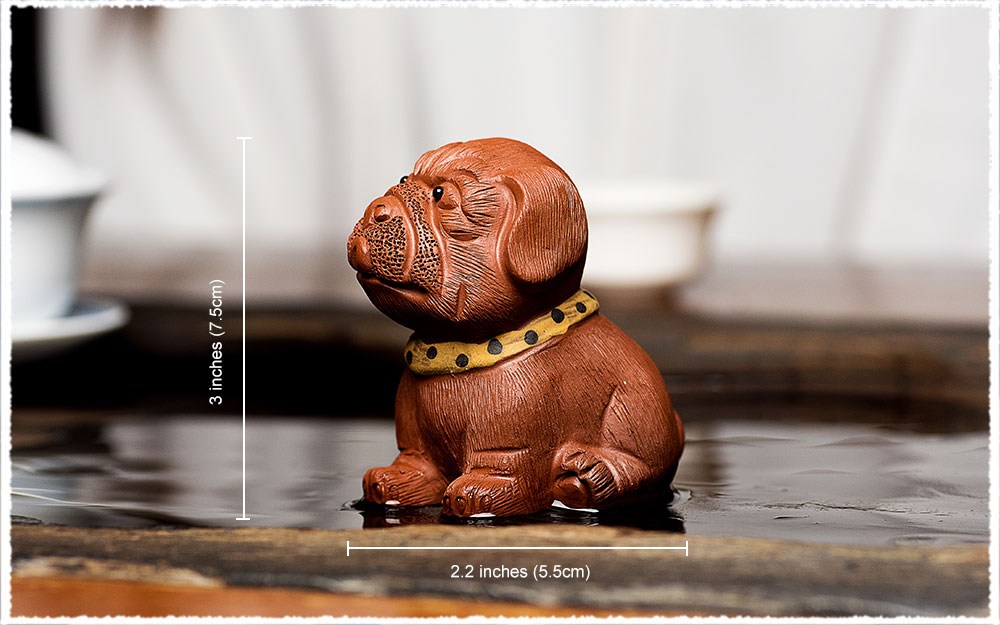 Due to the clay’s good breathability and water absorption, extended use will cause the tea pet to become smoother and shinier from absorbed tea liquid over time. 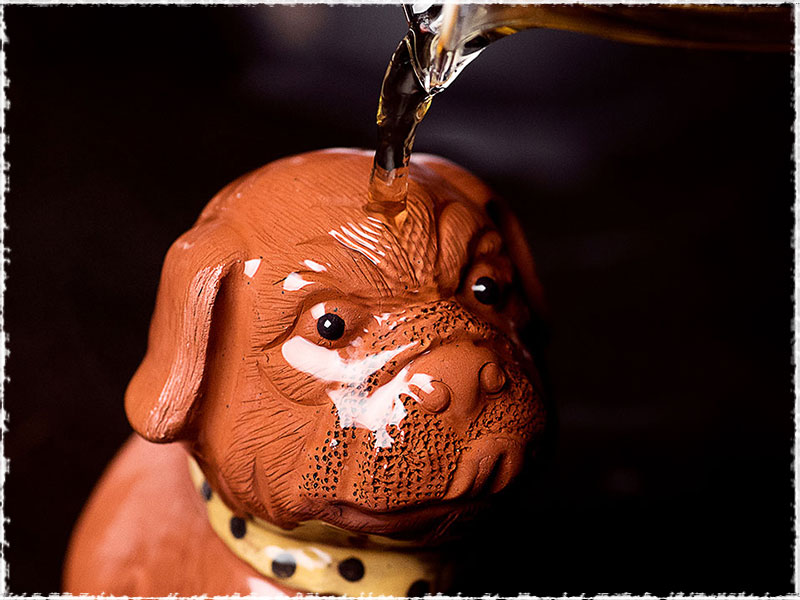