By changing the style of Liu Fang Teapot, this Shen Yun Yixing Zisha Teapot is more in line with the using habits of modern people.

This is an innovative teapot, following a traditional Liu Fang hexagonal-body style, though it takes on a softer, more rounded overall shape. The body is symmetric between the spout and handle and evenly divided into six sides, with some wavy patterns added to make it look somewhat like a blooming flower; the lid is airtight with the button on top looking like a small nut, adding to the appearance of the pot. The upward curve of the handle permits easier and more delicate control of pouring. 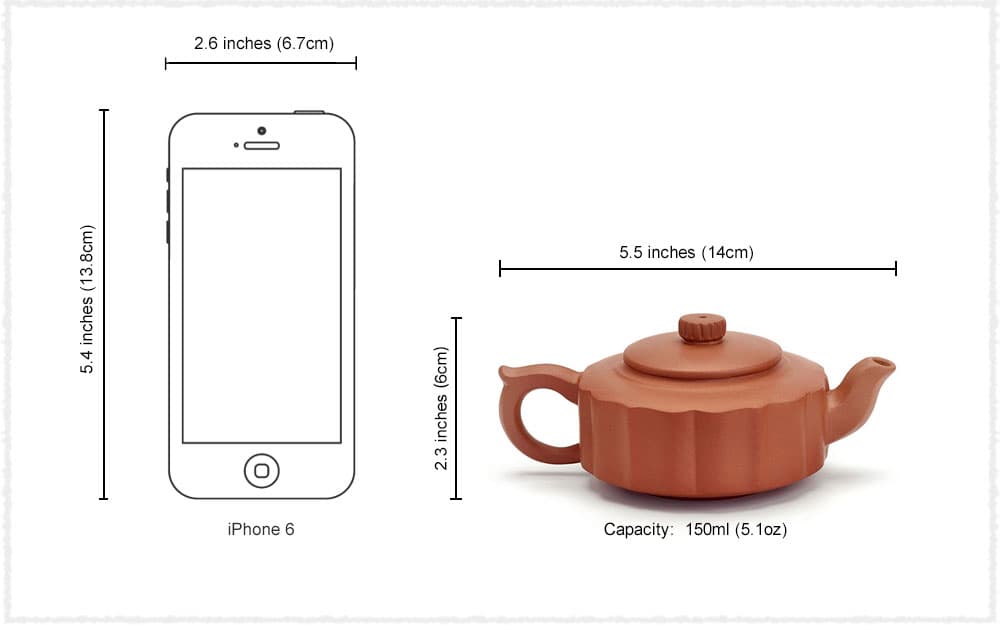