Carrying auspicious and promising implication, this God of Wealth Zisha Tea Pet looks vivid and pleasant, and is also a great choice for decoration and appreciation.

The God of Wealth looks over people’s treasures and wealth in ancient Chinese myths and legends. He both bears their devout hope for peace and contentment in seeking a good fortune and affluent life, as well as motivates their struggling spirits and pushes them towards their ambitions.

Crafted in a common image of the God of Wealth, this Zisha tea pet can bring you delight from the carefree smile on its face. There is a tiny hole beneath the white teeth of the tea pet, which will bubble softly under hot water; the thick, large earlobes represent wisdom and good fortune in traditional Chinese culture, and he holds a Yuan Bao in his right hand a scroll in the left. The scroll bears four Chinese characters: 招财进宝, representing the bringing of wealth and treasure. 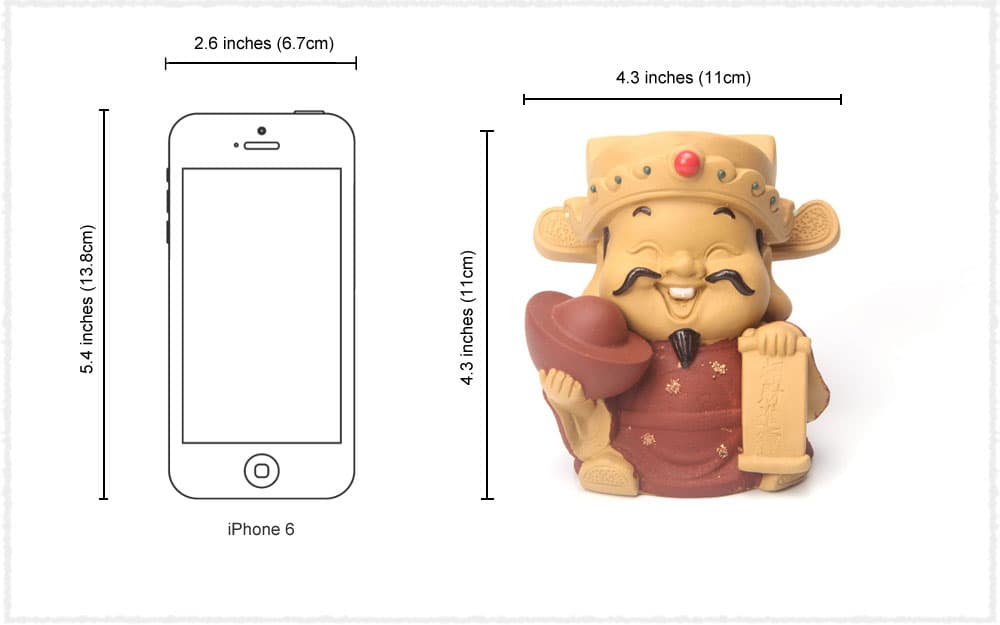 Duan Ni: Duanni, also called Lao Tuanni, is often seen around Huanglong Shan, Yixing, in Jiangsu Province. Aside from being used to make pottery, duanni is often finely ground for use in blends; when fired the clay turns yellow in color, with tiny speckles of red throughout. This type of clay is loose with double air-hole structures within, resulting in smoother cross-ventilation than other types of clay, establishing it as a great choice for usage in teapots.