Exquisite workmanship, cute image, it is a good partner when brewing tea.

The moniker "nine-tailed fox" refers to a fox with nine tails. It is a common animal image in ancient Chinese literature. It's incredibly beautiful and has a lot of cultural significance. This tea pet is exquisitely crafted, and the whole body is made by la mao skill, thus the hair is distinct and lifelike. The tail is painted with a layer of pigment, which looks more smart and cute. 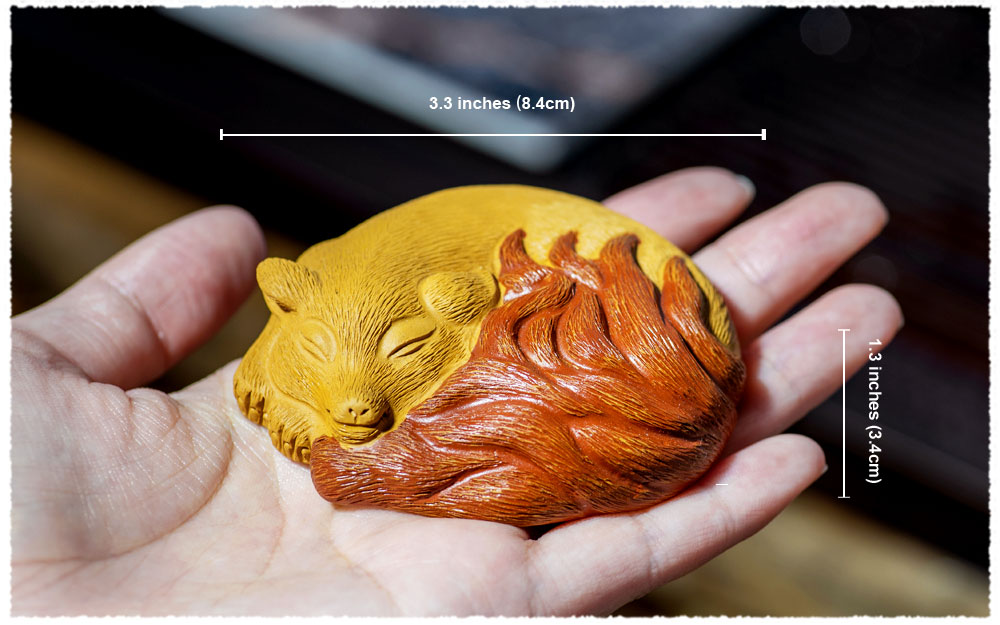