The classic shape of “Qinquan teapot”, compared with white porcelain material and the painting lotus, this teapot is vivid and elegant.

White porcelain tea wares have the reputation of "fake jade" as early as the Tang Dynasty. They are elegant in shape. Although they do not have a colorful appearance, they are simple and pure. The white texture can better reflect the color of tea liquid. The white porcelain tea wares have moderate heat retention and air permeability, so it can be used to brew any type of tea. This also makes it becomes the most commonly used tea set. 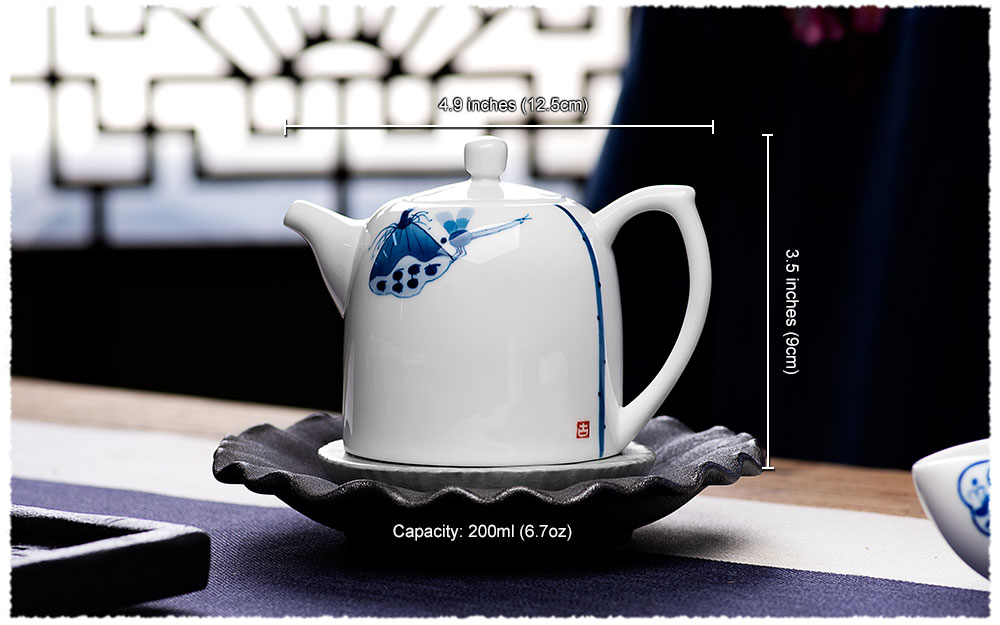 TeaVivre hand-painted white porcelain teapot is made of high-quality kaolin clay. It's delicate in texture with good light transmission. Besides, the upper part of the teapot has a hand-painted lotus, the lines are neat and elegant, and the image is vivid, adding an embellishment to the teapot body. Moreover, lotus has the meaning of blessing since ancient times. Overall, this teapot is lovely, 200ml capacity is very suitable for single use or sharing by two.

Located in Fujian province, Dehua County enjoys a great reputation for its ceramic and porcelain crafts. White porcelain from Dehua has a bright, pure white color with great light transmission. The ivory white (象牙白) and Chinese white (中国白) have been well known both at home and abroad from as far back as the Ming and Qing dynasty. He Zongchao, Lin Chaojing, and Zhang Shoushan, among others, were the most famous ceramic artists from Dehuan during the Ming dynasty.