The vivid engraving of flowers and birds adds fun to your tea drinking.

Made of Yixing Qing Shui Ni, this Zisha cup is fairly sized at 270mL. The body is cylindrical and comfortable to handle, while on the front it bears an image of two birds with flowers, adding charm to the visual appeal of the cup as well as a delight when drinking.

Just like with Zisha teapots, the long-term result of repeatedly brewing the same type of tea in this cup will yield a richer fragrance and taste from that tea, as the material absorbs the essence of the type. 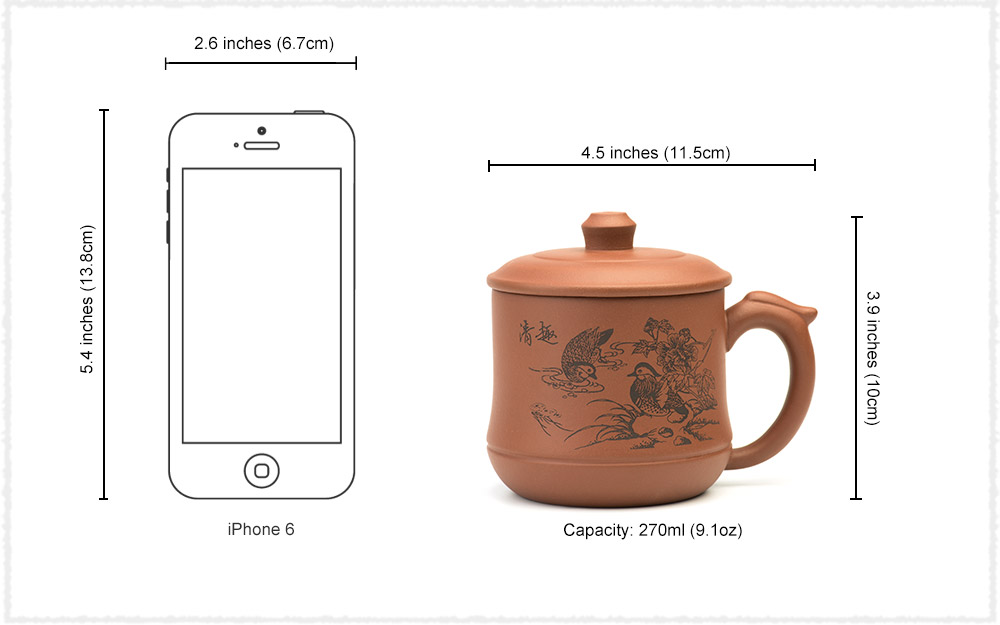 The Chinese characters on the body are 清趣, representing elegance and enjoyment.

Qing Shui Ni:The ore for this purple clay is a type of mica-rich hematite, often used for drinking mugs in ancient times. Because this clay contains relatively fewer impurities than other raw materials, and because it does not change shape or glaze when firing, it is widely used for crafts. It is mellow and ruddy as well, often earning the name of “red purple clay” or Hong Qing Shui. The clay has a quaint look to it, and after using a teapot made of this material for brewing the same type of tea over and over, the taste of that tea in further sessions will gradually deepen. For these reasons and others, both teapot makers and tea drinkers love this kind of clay.