This Ancient Tree Raw Pu-erh Dragon Ball is convenient to carry and ideal for raw tea lovers to enjoy on a daily basis.

This ancient tree raw pu-erh dragon ball was produced from tea leaves picked early Spring 2016, from trees older than 300 years, in the high mountains. This tea follows the “one bud, one or two leaves” picking standard.

As the Chinese saying goes, “the early spring tea is as precious as gold”. Early spring tea is also called “Ming qian” tea, and it has a rich fragrance and abundant inclusions, meaning that this tea retains a lingering aroma through brewing. Its dry leaves are covered with dense pekoe; enthusiasts for ancient tree tea can smell the characteristic aroma of the trees’ age on these leaves. Compared with normal large-leaf tea tree species, the tea from these trees has a more complex taste, with a slight bitterness up-front that immediately disappears and turns to a stronger, sweeter aftertaste; the age of the trees also lends a slight floral aroma to the tea.

The recommended brewing method of this raw dragon ball pu-erh is to use teacups, brewing for six minutes, so that its taste is the best and sweetness is prominent.

In recent years, Jiu Tai Po tea garden has begun to grow Taidi Cha, which come from the Jinggu Dabai Cha varietal. The leaves from Daiba Cha are more expensive than those from older tea trees, so you don’t need to worry about buying a half-fake tea mixed with Taidi Cha and old tree leaves.

With more than thirty years of experience in making tea, Mr. Yang, as well as the other farmers of Huidi village, make their living by selling tea.

Mr. Yang was the first to produce dragon ball black teas with fresh flowers, and when we asked him about this, he told us, “There is already a very special blend of pu-erh with rose and chrysanthemums, which is where I got the idea for doing the same thing with black teas.” After this, he started his experiments to do so, and eventually found that Dian Hong black tea is perfect for rolling into the larger dragon ball tea. 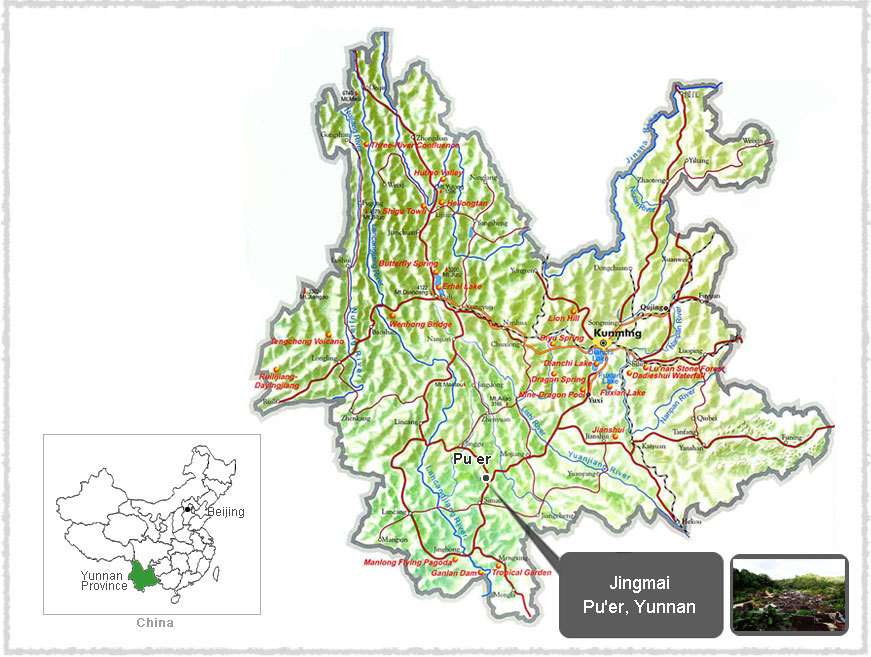 TeaVivre’s Ancient Dragon Ball Pu-erh Tea is picked from the Jinggu original ecological ancient tree type, belonging to the Yunnan large-leaf tree species. These particular trees are between 300 and 400 years old and can reach up to 5 meters tall, with trunks up to 35cm in diameter. Because the surface plants along the ground have never been removed, the ecological environment of this tea is excellent, with the trees showing no signs of aging. The trees are so large that farmers need to build a wooden frame and climb up to reach the leaves for picking. 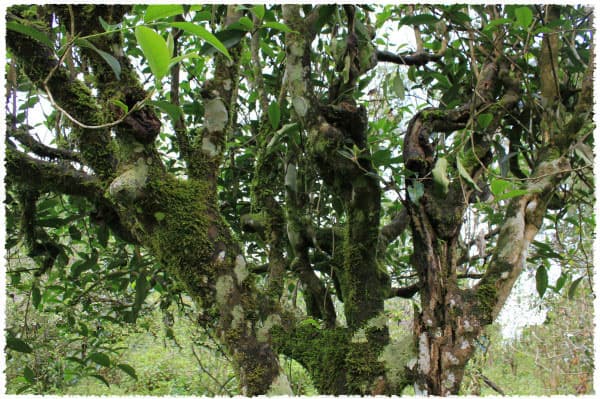