It has delicate workmanship, and looks textured.

This tea pet is handcrafted from Zi Ni raw clay and features a vibrant image that perfectly recreates the cute appearance of a French Bulldog. The hair on its body is distinct, delicate to the touch, and shining. In addition, its size is relatively large, suitable for relatively spacious tea trays or tea tables. 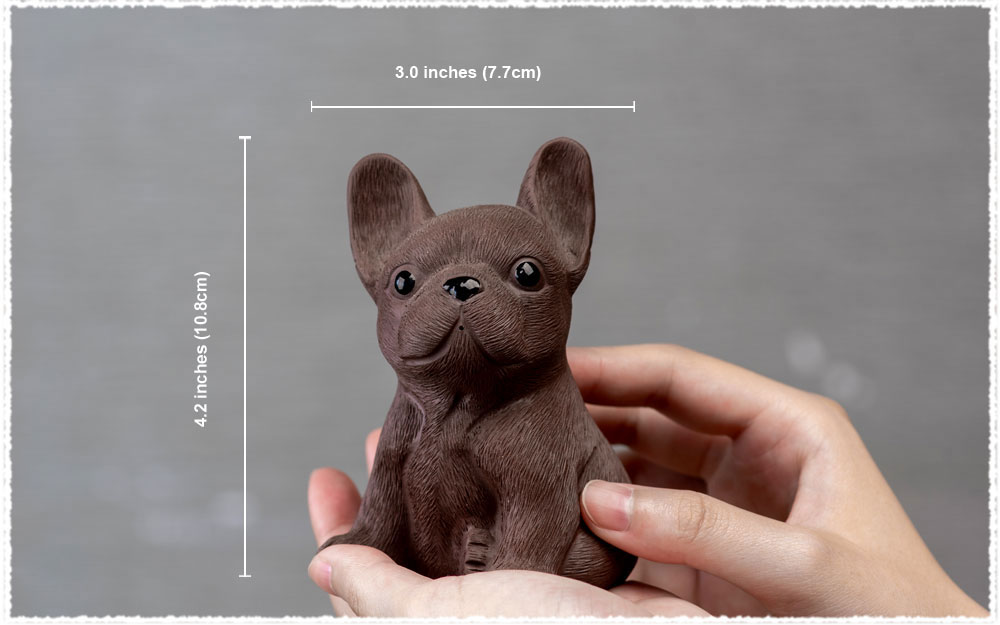