Our Nine Tailed Fox tea pet has gotten a lot of love since its debut, so I found a new one that is also extremely cute.

The moniker "nine-tailed fox" refers to a fox with nine tails. It is a common animal image in ancient Chinese literature. It's incredibly beautiful and has a lot of cultural significance. This tea pet is crafted of Da hong pao clay and resembles a sleeping fox. Its nine tails and back hair are all produced with "la mao" expertise, with clear and exact lines; the overall details of the body and face are also complete and vibrant. It will accompany you as if it were a genuine pet. 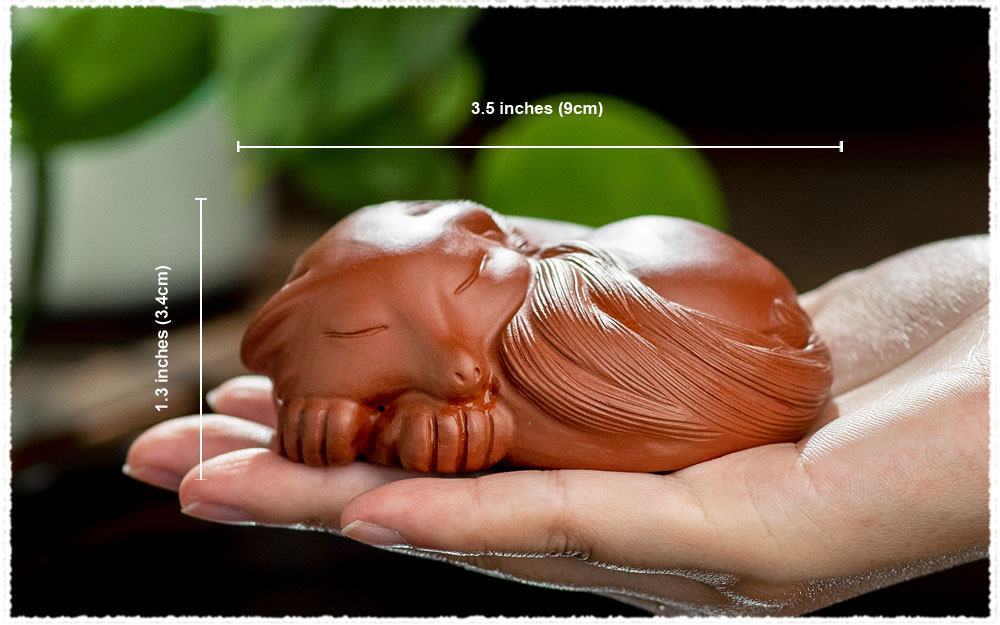