Who can say no to an adorable sleeping fox?

The moniker "nine-tailed fox" refers to a fox with nine tails. It is a common animal image in ancient Chinese literature. It's incredibly beautiful and has a lot of cultural significance. This nine-tailed fox tea pet is made of Dahongpao clay, and the details are quite vivid -- big ears, cute sleeping posture, which is addicting. With its companionship, our tea time will be more delightful as well. 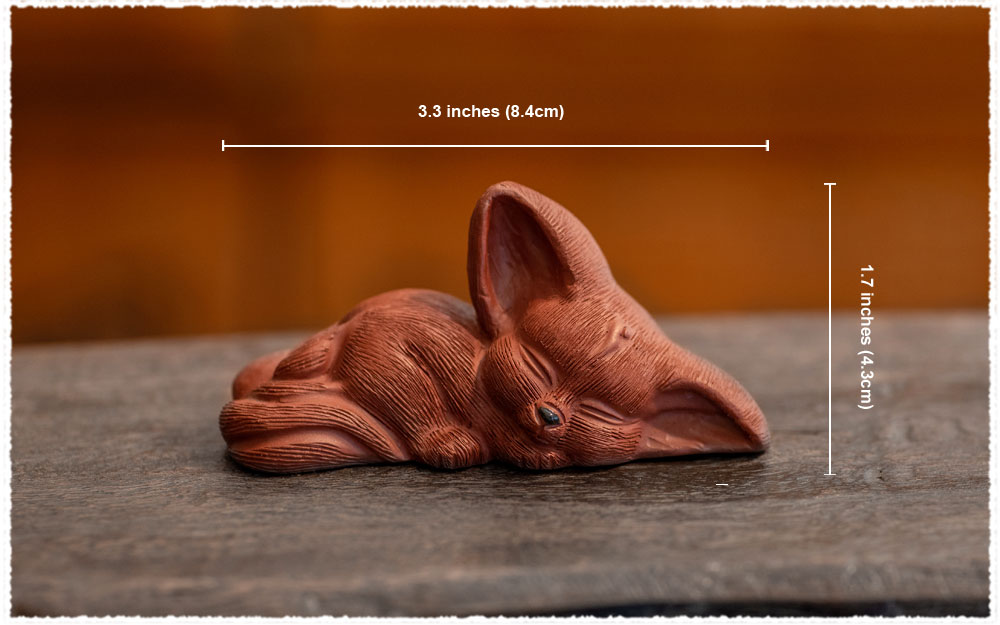 Customer Reviews
Your Review is encourged
Write Your Review
Questions
Any Question? Feel free to let me know.
Ask a question