A multi-purpose tea pet that is necessary at our tea table.

This tea pet's general shape is based on a lotus leaf, with a little frog lying on it and lotus root embellishment, which is really attractive and exquisite. The lotus seed pod on the upper is used as a teapot lid holder. When adding tea leaves and water to the tea pot, we may set the lid on it, which not only makes it easier to reach but also prevents accidental dropping. The diameter of the lotus pod (the lid holder part) is about 3.8cm, which is only suitable for the lids whose inner diameter is larger than 3.8cm. 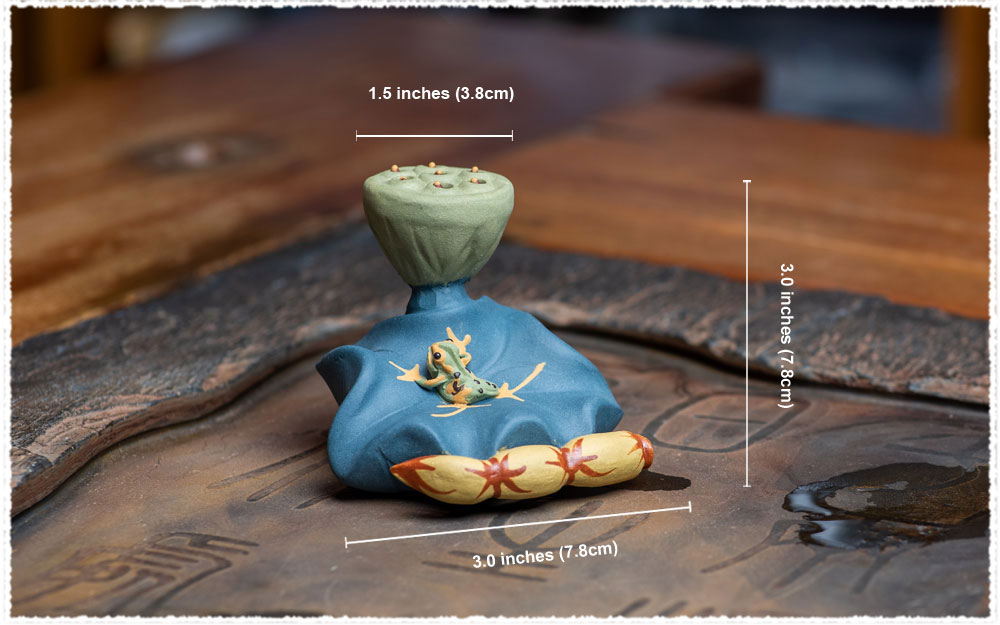