It is a unique Nixing teapot, the colorful engraving is delicate, highly recommend. 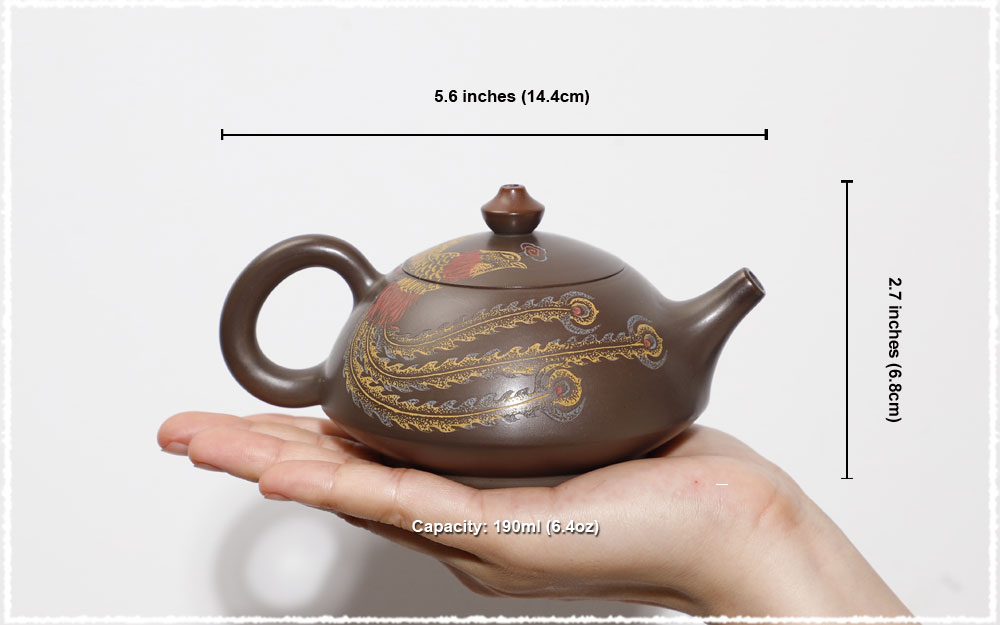 When we first spotted this teapot, we were drawn to it. Not only does it have a lovely shape and clean lines, but it also has an amazing engraving phoenix on the teapot body, which is lively and exquisite. The Chinese character “凤舞九天” (feng wu jiu tian) on the other side is even more magnificent. The words “九天” firstly came from Lüshi Chunqiu, which means the highest level of the heaven and the place where the gods lived in ancient Chinese mythology; the phoenix is also the divine bird above the heavens. Furthermore, the design of this teapot is flat; the base of the teapot spout is solid, resulting in forceful and smooth pouring that is easy to manage.