This is a simple and plain white Gaiwan which can show the original color of your tea liquor.

A gaiwan is traditionally used as a vessel in which to brew your tea. It is also called a sancai bowl, roughly translating to a representation of the synchronicity of man, earth, and sky: the bowl represents humankind, the saucer underneath is the earth, and the lid is the sky. 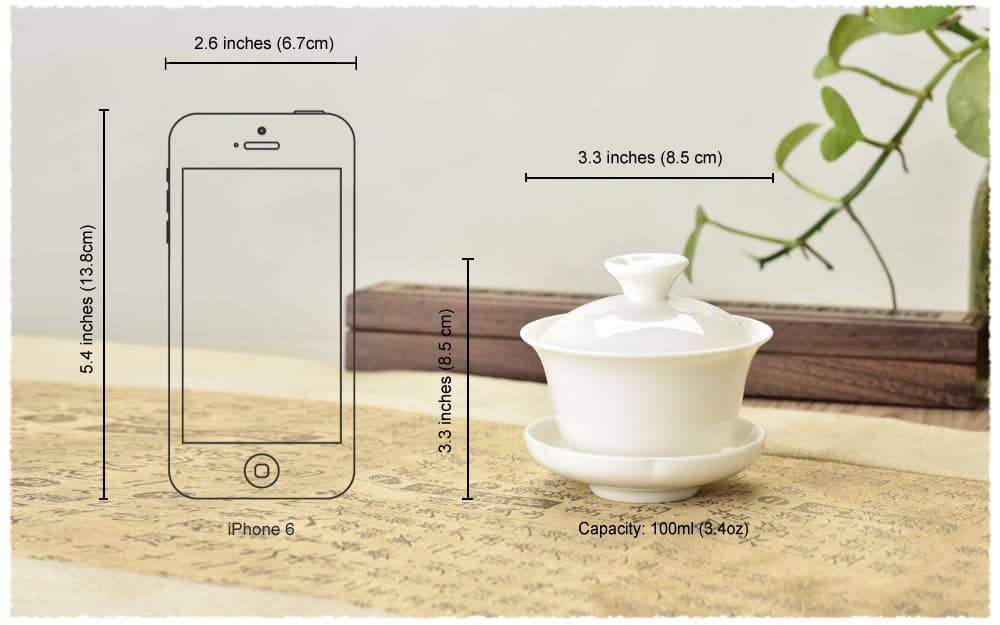 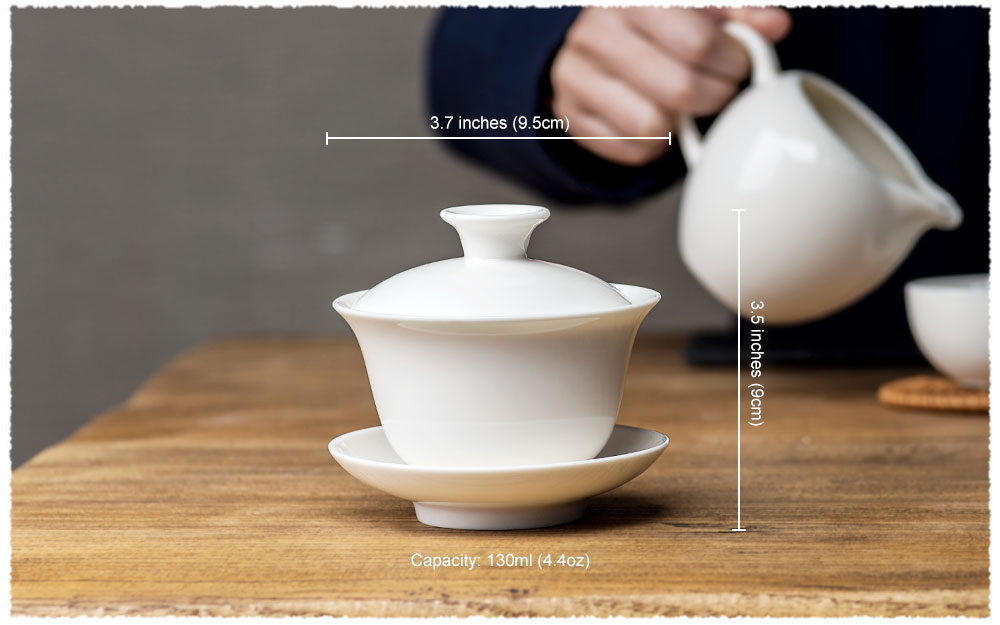 Ivory white is a color name of porcelain glaze, which has earned the name for its ivory-like texture. The glaze contains the oxide of Titanium, so it looks slight yellowish white, but with shiny bright appearance. Under the sunlight, we can see pink or milky looming inside the glaze. Thus, it is also called lard white (猪油白), or ivory white. In Europe, this kind of glazing color is also called velvet white or Chinese white.

Located in Fujian province, Dehua County is the famous porcelain and ceramic origin and an important base for exporting porcelain in China. With over thousand-year history, Dehua porcelain is characterized by its elegant design, excellent craft, hard texture and watery white appearance.

White porcelain made from Dehua has bright and pure white color with great light transmission. The ivory white (象牙白) and Chinese white (中国白) have been well known both in home and abroad since Ming and Qing dynasty. He Zongchao, Lin Chaojing and Zhang Shoushan, etc were the most famous ceramic artists in Ming dynasty.