Chamomile Rose Silver Needle White Tea is the best choice for white tea lovers who like white tea’s delicate taste and floral sweet fragrance taste. This tea is a good balance of both.

This tea is a combination of Fuding silver needle white tea, and rose and chamomile flowers: the first fragrance you notice is that of the rose, while the first taste is the chamomile. The refreshing flavor of the white tea serves as an excellent accompaniment to the floral scent, and with such a rich flavor, this tea will definitely satisfy your thirst.

This tea has many health benefits too, mainly during the summer due to white tea’s ability to relieve heat, and chamomile’s calming properties to cool you down from the inside out. It is believed in traditional Chinese medicine that white tea, rose, and chamomile all have beneficial medicinal properties.

Meishan Tea Garden is in Liubo Village, Fuding City, Fujian Province at an elevation of 650 meters, along the leeward slope of a mountain and with a sunny natural environment. The local people here hold that the back of Niujishan where the tea garden stands has rock-weathered soil, with no chemical fertilizers or pesticides used - meaning that this is an excellent natural environment for cultivating tea. 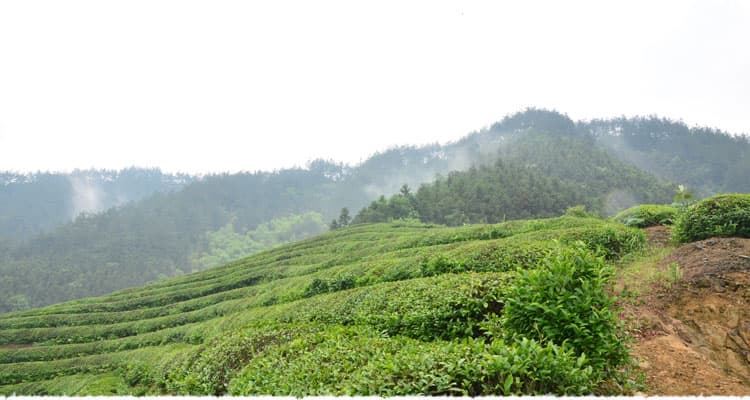 Mr. Lin has been a professional tea farmer for over forty years. Born to a traditional tea family, he has been deeply ingrained in the culture since childhood, and ended up building his own tea factory. As his factory gradually grows, he continually attempts to seek a common development between the tea enterprise and the tea farmers themselves.

This white tea is produced in Fuding City, a famous tea production location in the northeastern Fujian Province. This area experiences the subtropical monsoon climate characteristic of coastal areas, with an average annual temperature of 18.5°C and annual precipitation of around 1600mm. 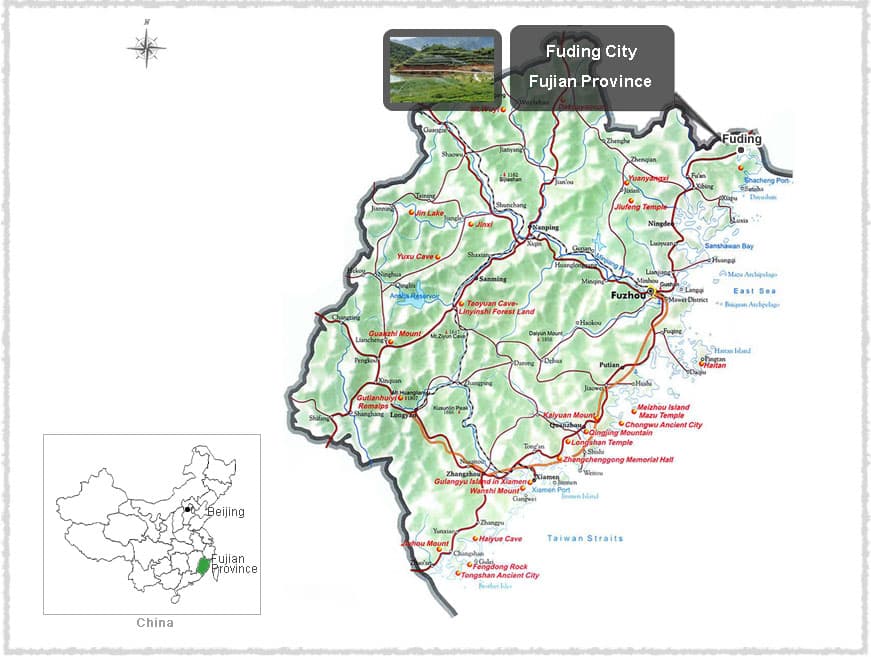 The material used for this white tea comes from the Yunnan Large-leaf tea species, originally sourced from Yunnan and nowadays planted in Fujian, Sichuan, and Hunan Provinces, among others. It is one of the highest quality tea tree species in the world, excellent for producing not only pu-erh tea, but also gree, black, and white teas as well. Research shows that this species contains a high content of tea polyphenols, catechinic acid, and amino acids.

Floral scented tea has a very long history, running back to the Song Dynasty in 960 AD when people added a natural flavoring, kapur, into tea. Though kapur is not a flower, the principle of the flavoring is the same as today’s flower-scenting processes.

Floral scented tea was not massively produced until the Qing Dynasty, around AD 1850. By 1890 it had become a regular drink, and following the founding of new China, its production area expanded and yearly output increased. Nowadays Fujian Province is the top producer of floral scented tea in China.