Huo Shan Huang Ya Tea, made through a unique process involving the special step of “heaping” to yellow the leaves, is a lightly fermented tea that is gentler on the stomach than green tea. It originates from the Dabieshan area.

The fresh tea is hand-picked before Guyu, the 6th period of the traditional Chinese solar calendar, which usually begins in April 19. Only the tips of the tea leaves are picked - it’s standard practice to pick one bud with one leaf, or one bud with two unopened leaves. Including more leaves makes the taste mellower and infuses the tea with a more prominent chestnut flavor. This strong chestnut flavor is the most significant characteristic of Huo Shan Huang Ya Tea. It’s highly recommended to use a Gaiwan to brew it in order to better enjoy the strong fragrance and delicious taste.

It is far away from industry pollution which gives the tea trees ecologic environment. The low weather of the high mountain area makes low incidence of plant diseases and insect pests. Due to the undispersed cloud and fog all around the year, the tea leaves here are tender, high fragrance and containing abundant nutrient content. That’s why the high mountain tea is so popular.

Due to the good growing environment, the content of anthraquinone in the tea leaves is only 0.009, which reaches the organic standard 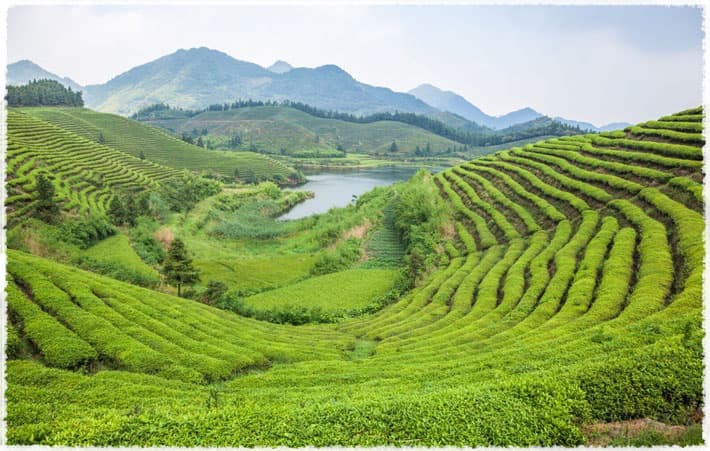 Located in 4A-Level Scenic Area, the scenery is quite beautiful around.
Enjoy the charming four seasons’ scenery: azalea in Spring, green trees to shadow in Summer, wild fruit in Autumn, snow rise in Winter.

Huo Shan Huang Ya Tea originates in Huoshan County, which is located in western Anhui Province, in the Dabieshan interior.

The area has an abundant yearly rainfall of around 1500 mm, which is most concentrated between May and July. The humidity tends to stay at around 80-90%, which is perfect for growing tea plants. The forest cover rate is up to 75.1%. 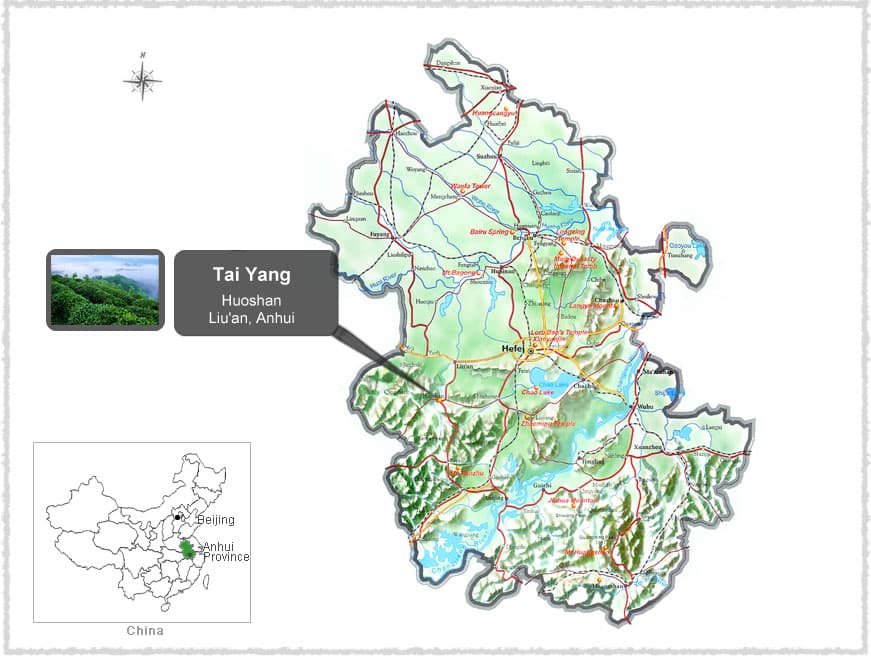 The main products here in Huoshan County are tea, medicinal materials, and a bamboo variety called Mao bamboo. The Fo Zi Ling dam - the first reservoir dam in Asia, and many other natural and human-made landscape features can also be found here.

The tea bush species in Huoshan County are made up of 10% large-leaf species, 70% medium-leaf species and 20% small-leaf species. 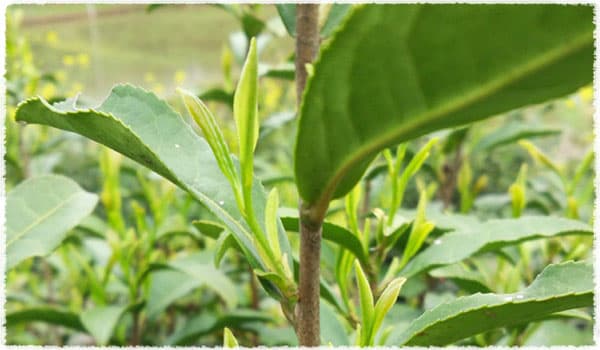 Our Huo Shan Huang Ya Yellow Tea is made from tea leaves from the small-leaf species, which are quite tender when fresh. The fresh tea is hand-picked before Guyu with the standard of one bud with one leaf, or one bud with two unopened leaves. The tea is processed on the same day as it is picked.

Huo Shan Huang Ya Tea has been praised with the name “Immortal Buds”, and has been regarded as a tribute to the Emperor since the Tang Dynasty. Later, it was also considered one of China’s Top 10 Teas. Together with Huang Shan (Yellow Mountain) and Huangmei (literally “Yellow Plum”) Opera, this yellow tea makes up what have been called “Anhui San Huang”, or “The Three Yellows of Anhui”.