This teapot is dignified and magnificent when viewed from a distance, and vivid and beautiful when viewed close up, which is both practical and ornamental.

TeaVivre’s Lotus Xishi Jianshui Zitao Pottery Teapot is based on the Xishi teapot shape, and the body of the pot is carved with exquisite lotus, flower and leaf. Same as the Zisha and Nixing teapot, the new Jianshui teapot may lack of gloss, but it will become more and more shiny and metallic with our daily use and the nourishment of tea liquid. 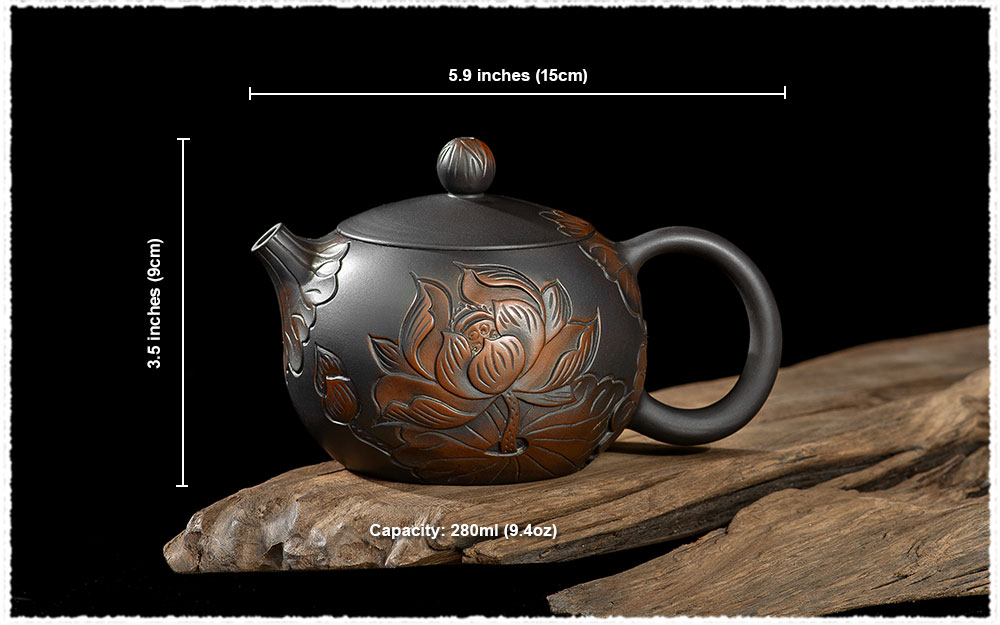 The making of a Jianshui Zitao Pottery Teapot requires very fine workmanship and skilled craftsmanship; it also tests the patience of the maker. A finished teapot is hard-won, with very ornamental and collection value, and is suitable for gifting or personal use.