With exquisite hand-carved image, this classical shaped Xishi Jianzhui Zitao teapot must give your tea table much joy.

This Jianshui purple clay pot is based on the Xishi pot shape. The body is carved with a Chinese dragon, and its head and tail are distributed on both sides of the body. It is very vivid and every detail is very clear. 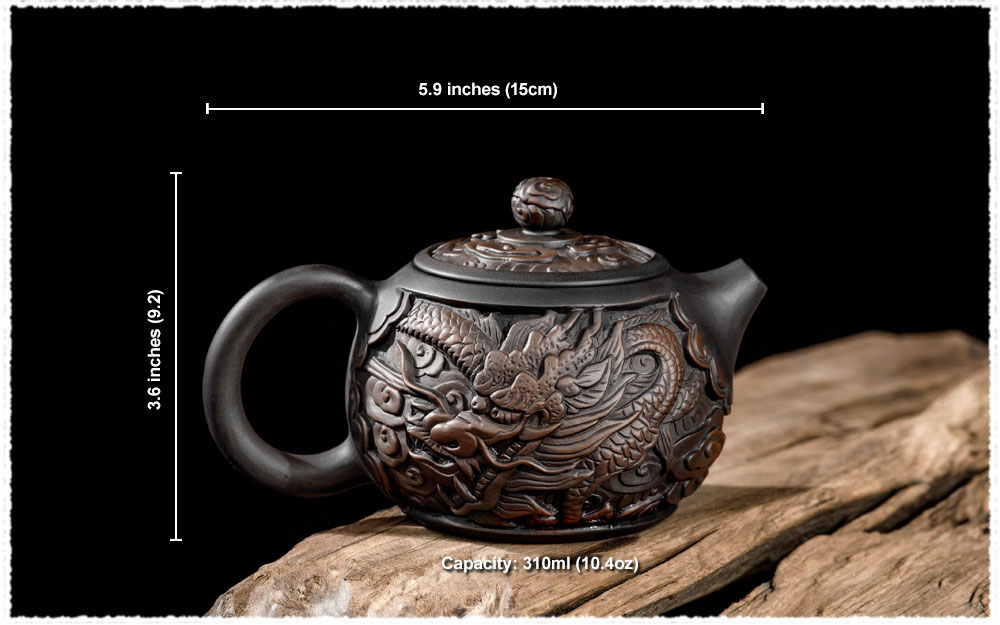