Only picked once a year in spring, the Tea Mountains are shrouded in mist all year round; the floral scent of tea liquid is rich and remote, producing saliva and sweet aftertaste, lasting for more than15 steeps.

The Golden Leaf Awards is the premier tea award event in Australia, judged by experienced professionals within the food and drink industry hand-picked for their knowledge and exceptional taste and we’re excited to announce that this Nonpareil Wudong Ya Shi Xiang Phoenix Dan Cong Oolong Tea has won the GOLD MEDAL in the Light Oolong category and Best Oolong Tea Overall at the end of September 2018.

Yin Hua oolong tea, somewhat informally referred to as “duck shit aroma”, is a highly fragrant type of dan cong characterized by its floral scent. This type of tea has experienced a massive surge in popularity in recent years.

TeaVivre’s Nonpareil Wudong Ya Shi Xiang Phoenix dan cong oolong tea comes from Wudong Mountain, where the red and yellow granitic soil is rich in organic matter and trace elements that provide the best growth conditions for tea, and locks in the unique long-lasting ‘mountain’ flavor. The high-mountain tea here is picked only once a year in contrast to other places, and is grown using only traditional farming techniques, with no cutting, pesticides, or chemical fertilizers.

From the moment where the water pours into the gaiwan, the fragrance of this Wudong Ya Shi Xiang bursts out, rich and varied with its characteristic orchid aroma interplaying with fruity sweetness and the sharper, richer mountain flavor. When smelling the tea liquid itself you may be able to pick up a light, refreshing milky fragrance; the first impression of the taste is clear and sweet, immediately replaced by the fuller, richer aroma of the tea’s body, and then followed by the soft, sweet aftertaste without any sort of bitterness. That aftertaste endures after swallowing, accompanied by the overtone of the tea’s fragrance; along with this, this particular dan cong can be brewed for many infusions, and retains both its unique taste and its aroma throughout.

Named after the mountain, Wudong Village is located along the eastern side of Wudong Mountain, northwest of Fenghuang Town. The village is not only the most famous producer of Phoenix dan cong oolong tea, but is alo the highest-altitude tea village in all of the Fenghuang Mountains. The four seasons here are distinctly different, with abundant rainfall throughout allowing the tea trees to grow at 1400m above sea level. The special climate and soil conditions provide abundant polyphenols and aromatic substances for the tea trees during their slow growth periods.

As one of the three famous Chinese oolong teas, Dan Cong oolong is known throughout the world - and among this, Wudong Dan Cong is the highest-quality and, as such, the best-loved. 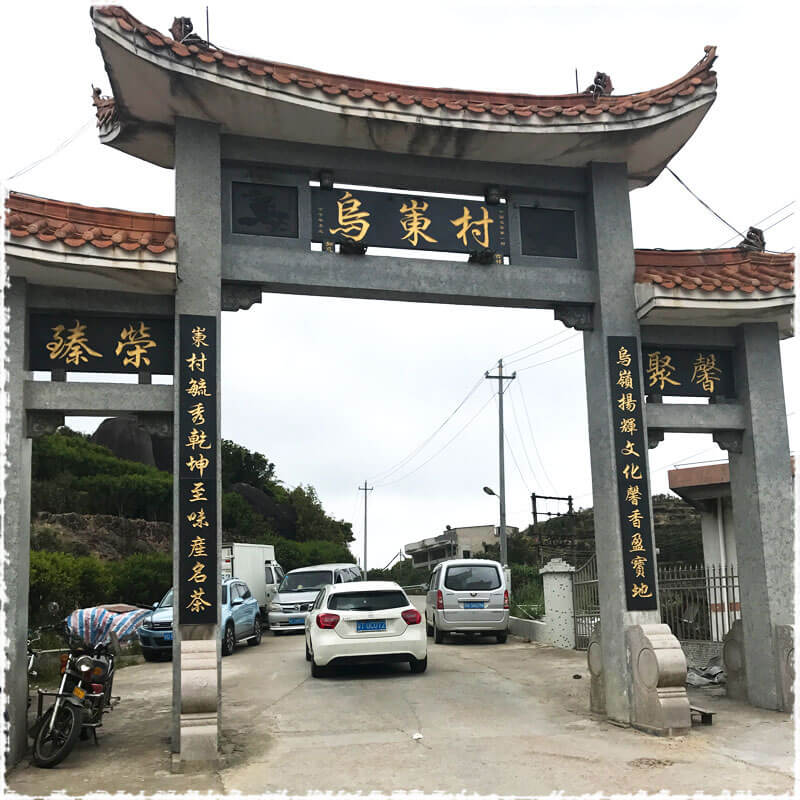 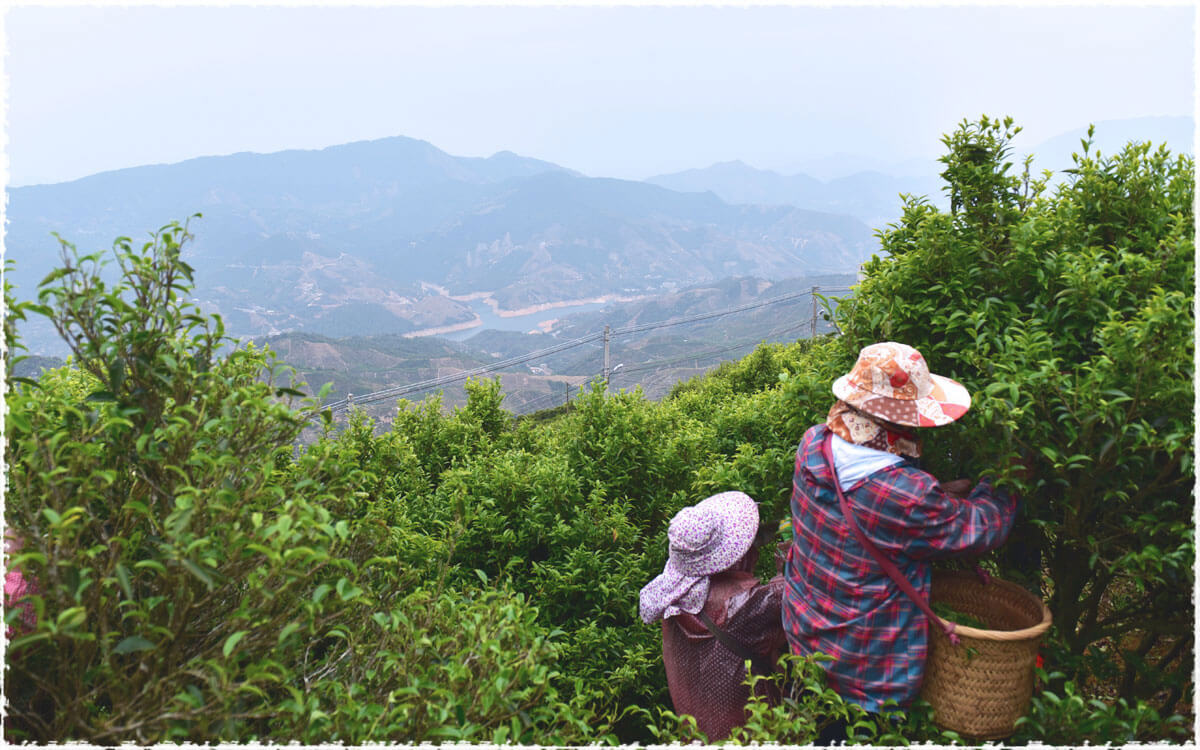 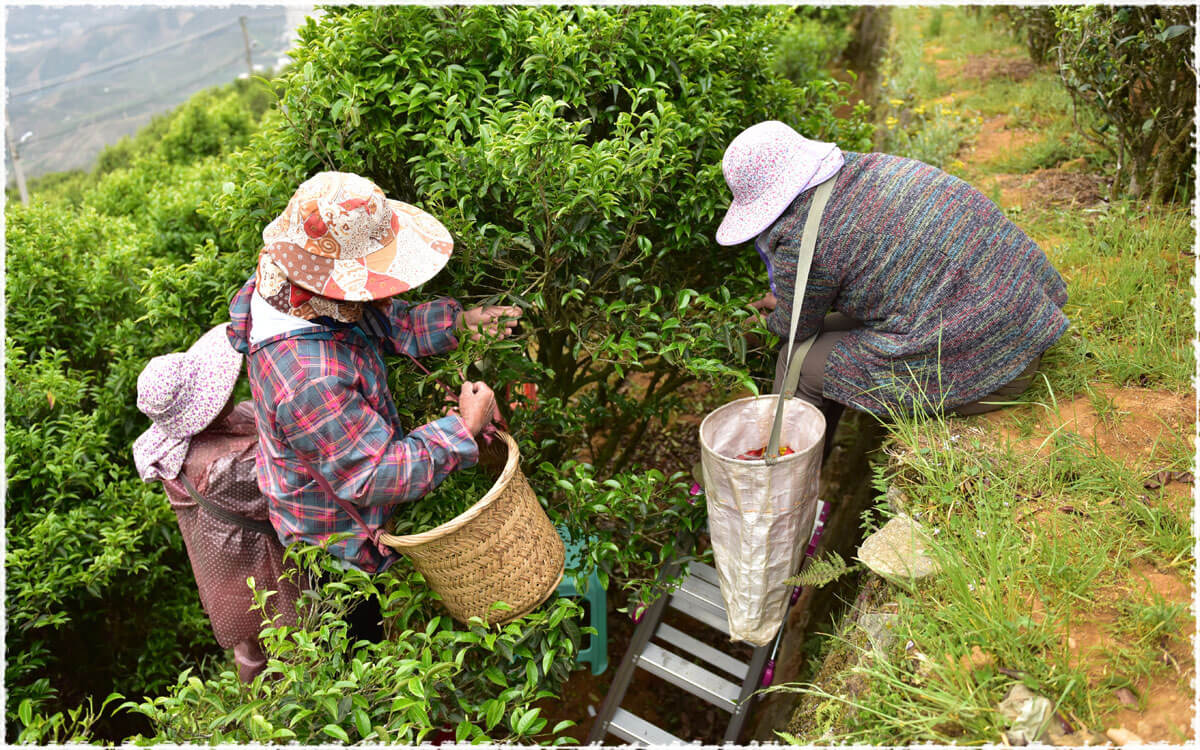 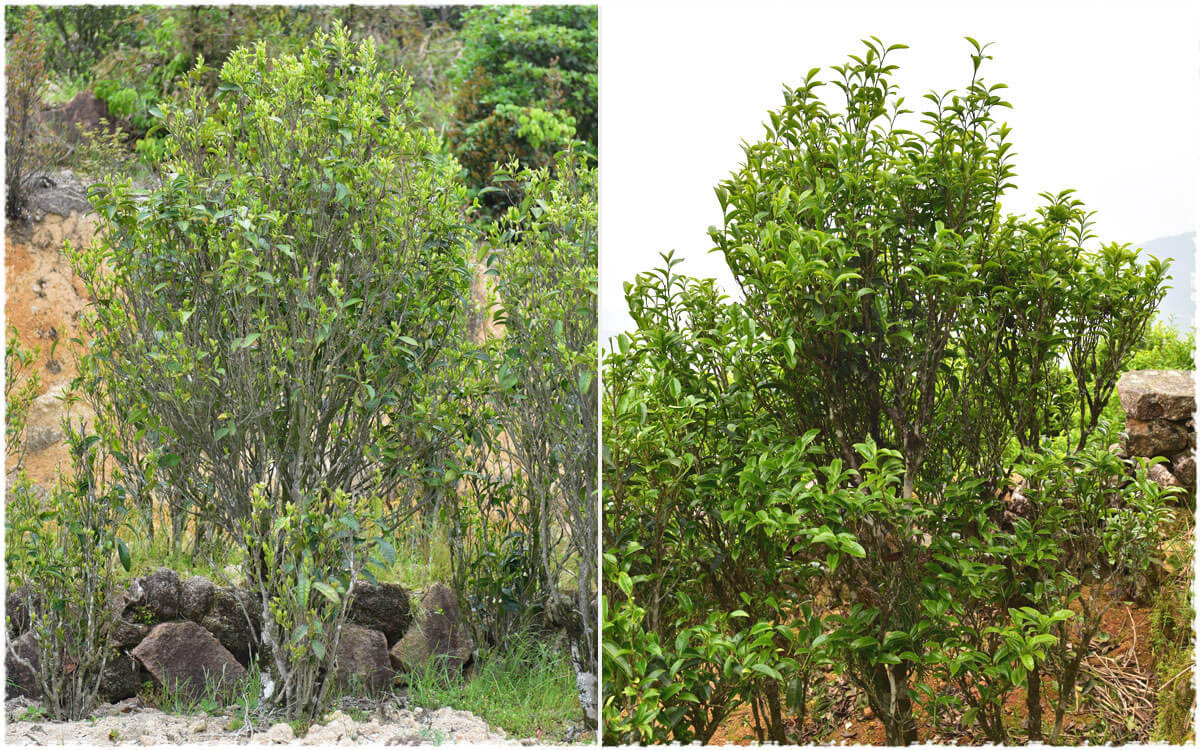 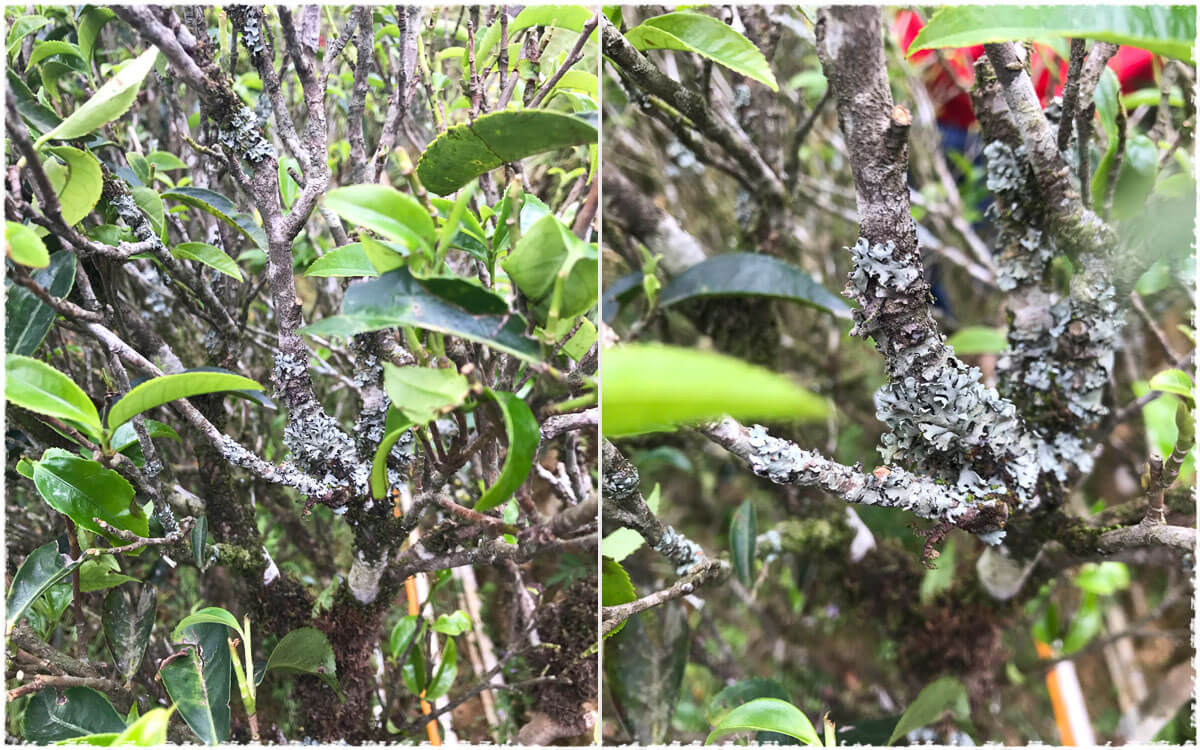 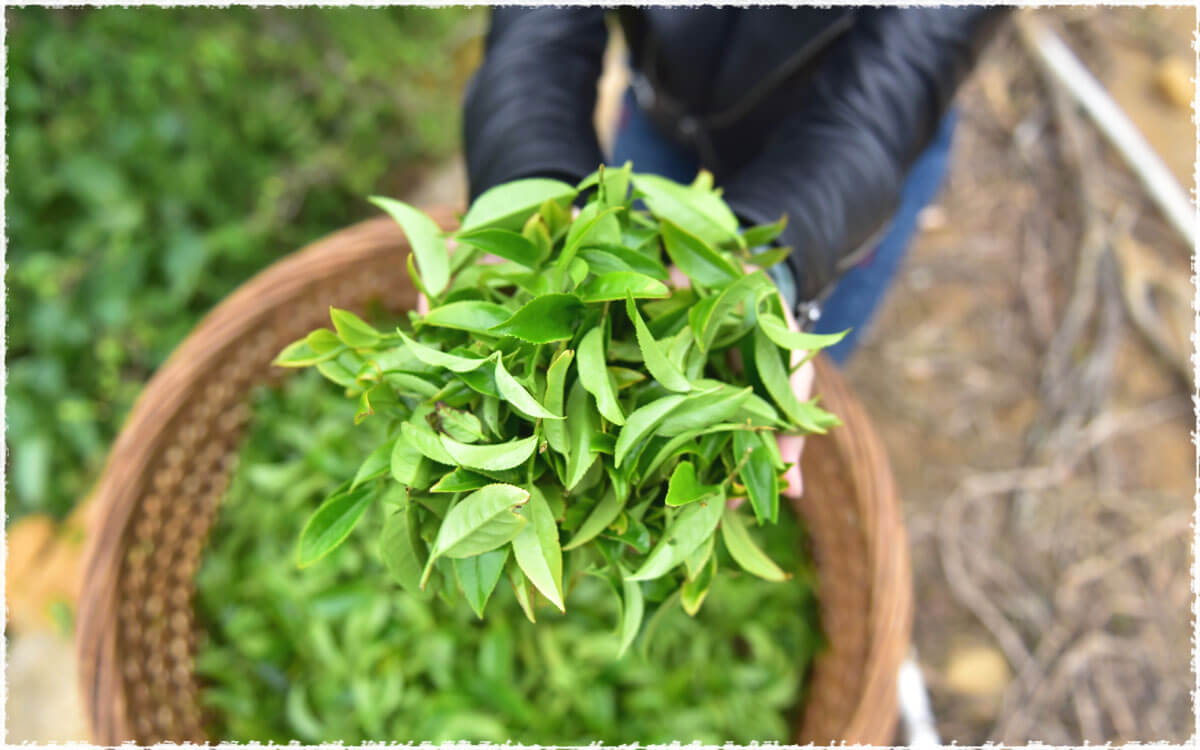 The Chaozhou Phoenix Mountain, among the 73 Phoenix Mountains, is known for its tea. It has beautiful scenery, fresh air, and a mild, humid climate, with an annual average temperature of about 20℃ and average annual precipitation of around 2100 mm. The mountain is not only a tourist destination but also the main production center of China’s well-known Phoenix Dan Cong oolong tea, which draws its unique fragrance and taste from the soil.

Mr. Wen and his family are all native Chaouzhou inhabitants and tea farmers, with his parents crafting Phoenix dan cong tea for as long as he can remember. He later learned from them and inherited their skill and craftsmanship, and has insisted on making teas with a traditional charcoal-baking craft for many years; by stirring and baking the teas in time, more time and energy is used with low efficiency, producing only 5kg each round. However, according to Mr. Wen and his family’s viewpoints, this slower, traditional method is worth it: Wudong Dan Cong oolong tea, planted and crafted by hard-working tea farmers with heart, is not only a simple, high-quality tea, but also one excellent in absorbing the essence of nature and the spirit of the ancient tea trees themselves.

Ya Shi Xiang is a type of tea bush with oval-shaped, bright green leaves. The spring-picked tea of this tree in the method of one bud to two leaves contains 49.7% water extractives, 4.4% amino acids, 17.8% tea polyphenols, and 3.4% caffeine. It is recognized by its rich gardenia fragrance and notable honey-sweetness, also marking it suitable for making high-grade oolongs. 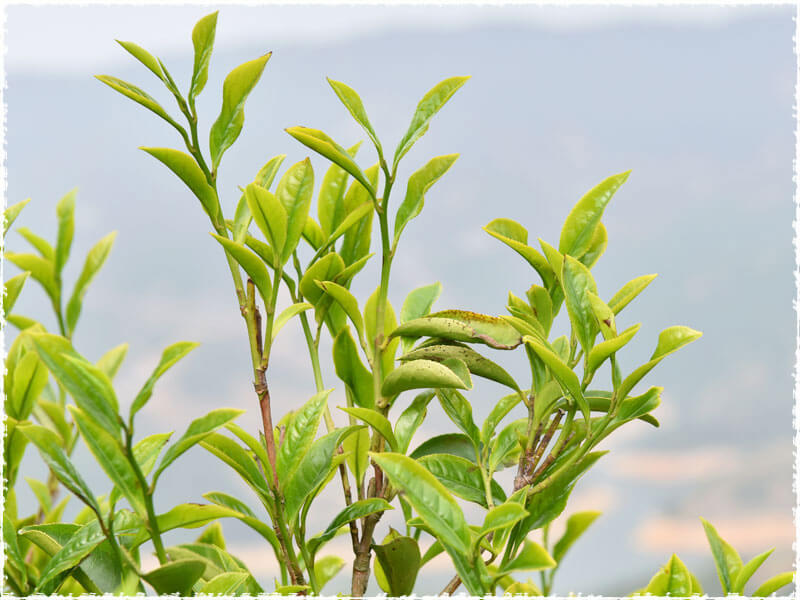 There is a story about the origin of the name of this tea, duck shit aroma. The original tree of this tea was found in Wu Dong Mountain, growing in yellow soil; the leaves of the tree are dark green in color, and the shape is very similar to those of the Schefflera octophylla - the Australian octopus tree. Along with these traits, tea made from this tree had a noticeably rich aroma and taste, which led people to be curious about kind of tea tree it was. The owner of this particular tree was worried that someone would steal his tree, so he falsely claimed that it was called “duck shit aroma”, in order to dissuade interest - but as it turned out, the vulgar name did nothing to prevent interest in it, and soon more of these trees started spreading. As a result, this tree has been grown all over Phoenix Mountain, and its popularity continued to grow.

In 2014, experts from the Fenghuang Tea Association decided that the tea’s scent is more similar to the fragrance of wild honeysuckle, and as such they chose to change its name to Yin Hua Xiang, or “honeysuckle aroma” but it is still known as Ya Shi Xiang, duck shit aroma, because so many tea lovers prefer this name more.