This tea pitcher of simple style is easy to use and great to match your gonfu teasets.

Tea pitchers are used to hold freshly-brewed tea and from there to disperse the tea among the tasting cups, as opposed to pouring directly from the gaiwan or other brewing vessel.

This pitcher has a smooth, shiny glaze, allowing drinkers to clearly see the color of the tea. The handle’s design also makes it convenient to pour without worry of being scalded; along with this, the material has a naturally better heat insulation than glass. 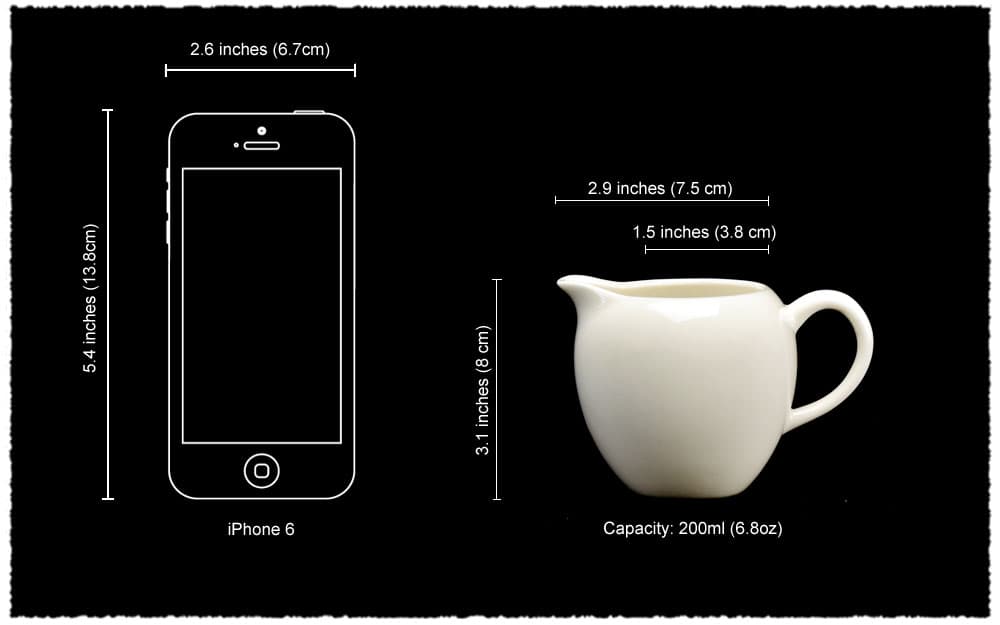 Ivory white is a color name of porcelain glaze, which has earned the name for its ivory-like texture. The glaze contains the oxide of Titanium, so it looks slight yellowish white, but with shiny bright appearance. Under the sunlight, we can see pink or milky looming inside the glaze. Thus, it is also called lard white (猪油白), or ivory white. In Europe, this kind of glazing color is also called velvet white or Chinese white.

Located in Fujian province, Dehua County is the famous porcelain and ceramic origin and an important base for exporting porcelain in China. With over thousand-year history, Dehua porcelain is characterized by its elegant design, excellent craft, hard texture and watery white appearance.

White porcelain made from Dehua has bright and pure white color with great light transmission. The ivory white (象牙白) and Chinese white (中国白) have been well known both in home and abroad since Ming and Qing dynasty. He Zongchao, Lin Chaojing and Zhang Shoushan, etc were the most famous ceramic artists in Ming dynasty.

Customer Reviews
5.0 (9 Reviews)
Custom tags
Write Your Review
Questions
Any Question? Feel free to let me know.
Ask a question
Related Products
We found other products you might like!