The decorative embossment effect endowed the teapot with extraordinary artistic charm, which makes this teapot perfect for personal use and also for gift. 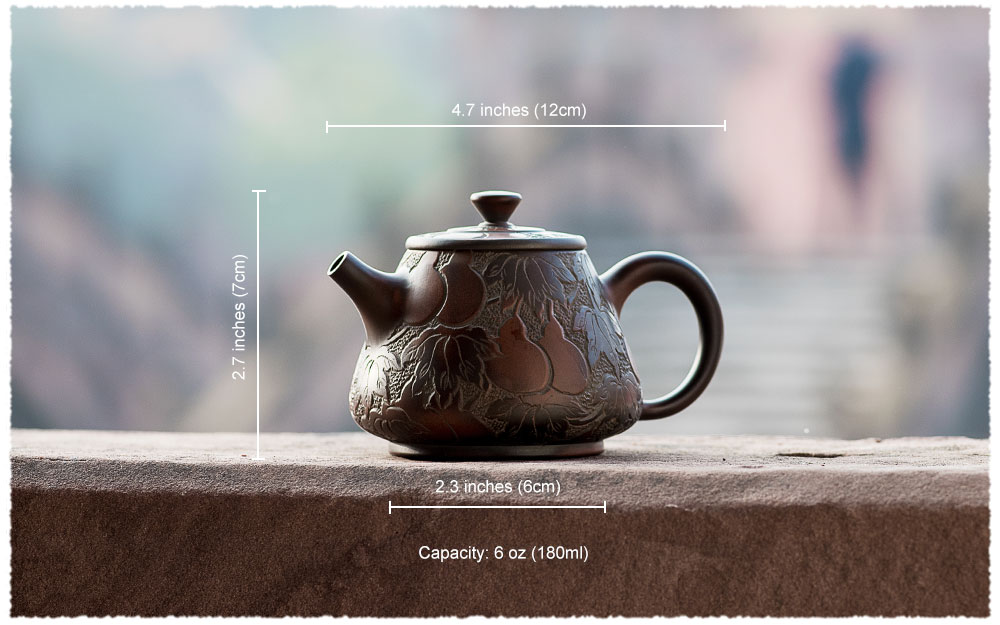 The teapot with embossment is a form of combination of embossing art, painting, sculpture and pottery craft. It is common with figures and scenery, and then flower and birds are commonly seen in embossments on teapot.

This Nixing Teapot is fully embossed with gourds and leaves; it will be a high appreciation value and collection value. 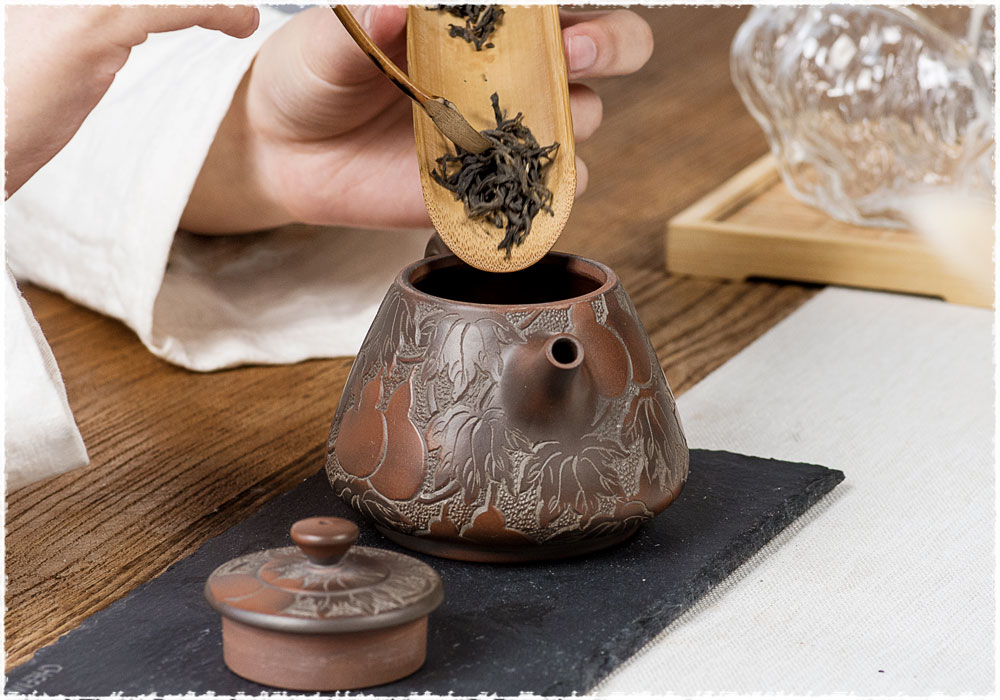 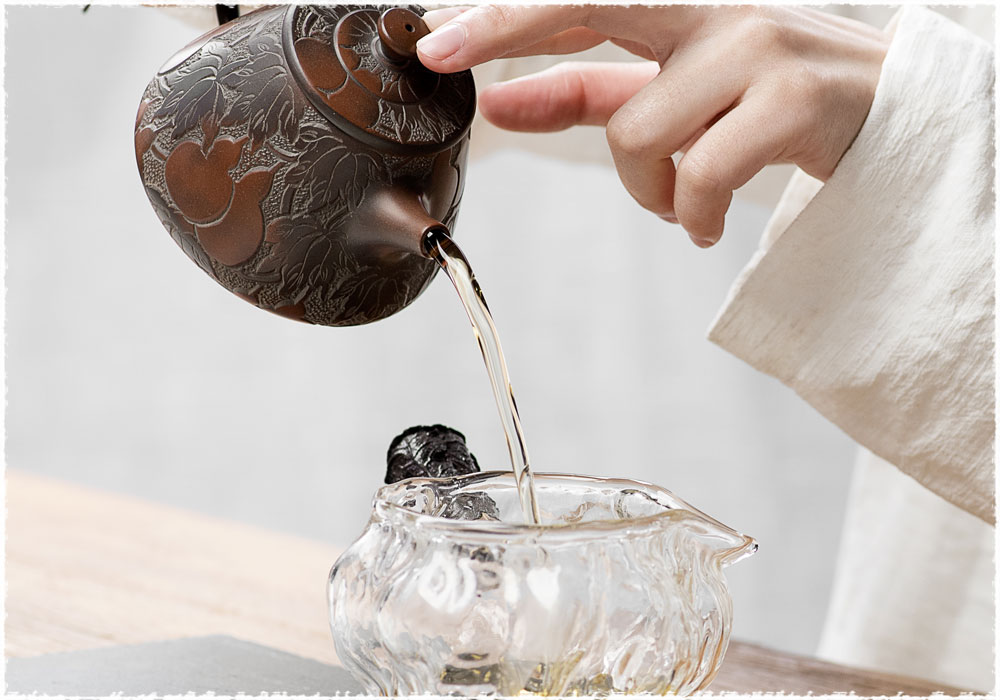 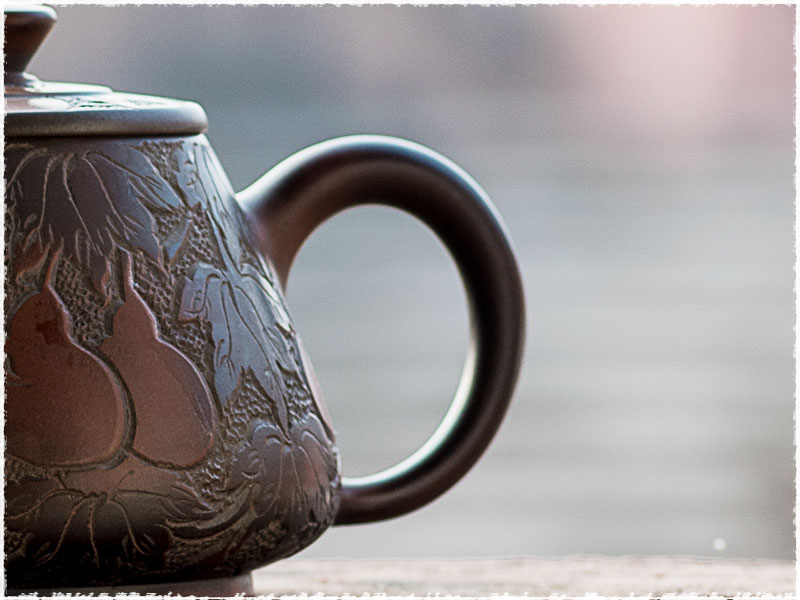 The handle is small and semicircle shaped. 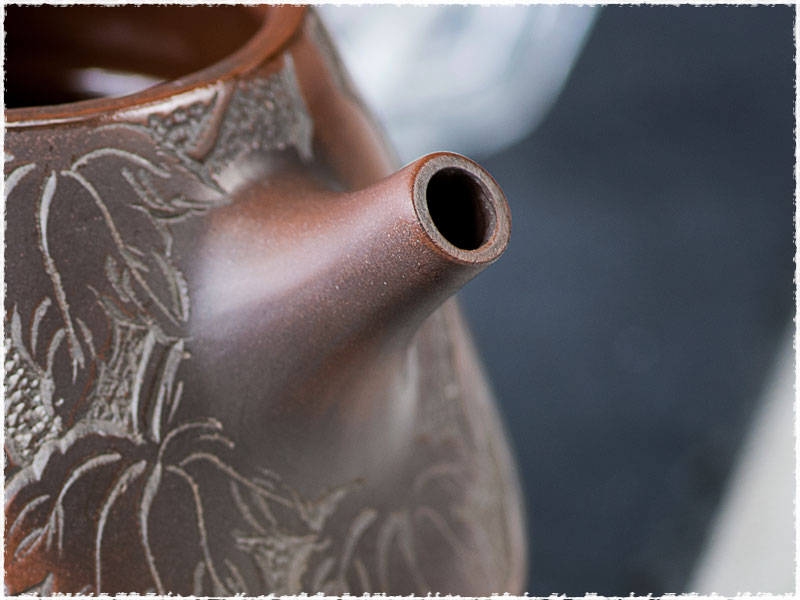 The spout is straight with high sprit. 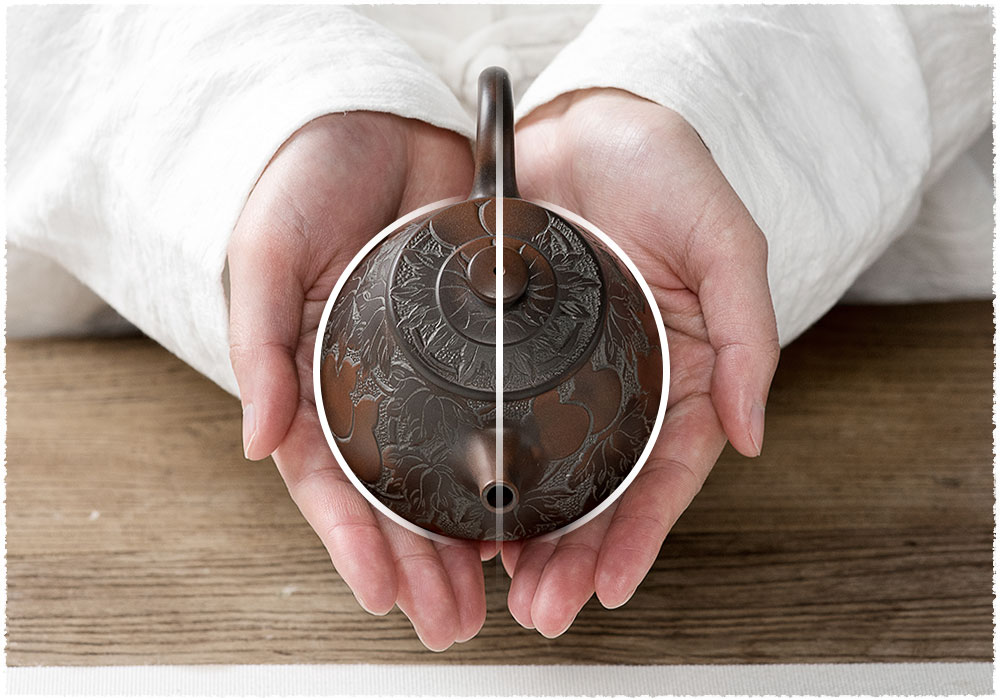