This medium-sized Nixing Pottery Teapot with hand- incised landscape and calligraphy is suitable for anyone to use. 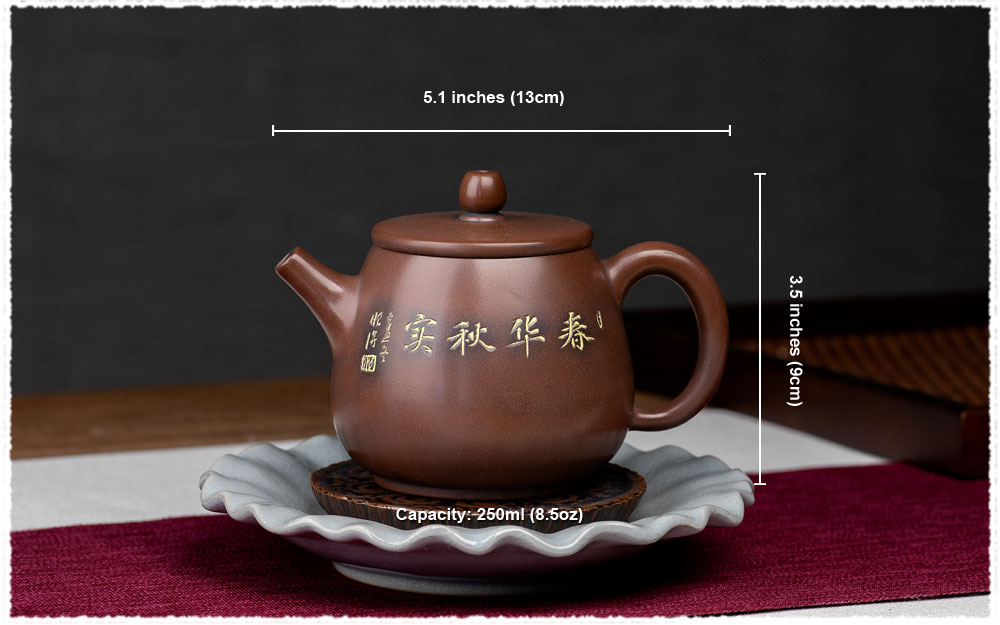