The design is elegant, petite, and adorable, and it is ideal for brewing many varieties of tea. 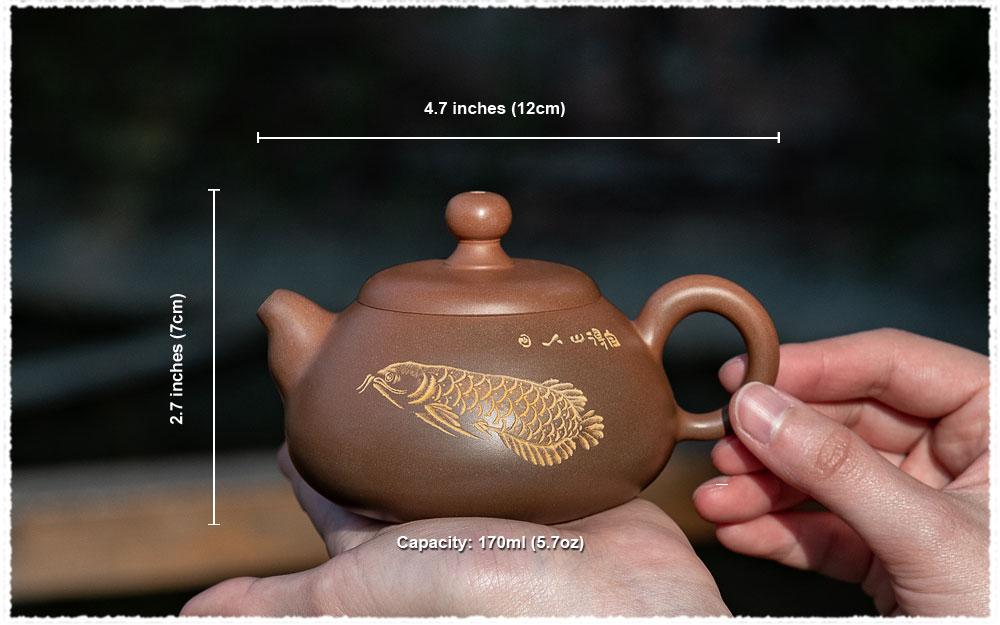 The design of this Nixing teapot is similar to that of a Shi Piao, but the creator has made certain adjustments to make it seem more round and attractive. The side of the body is carved with a fish, with rich details and vivid images; and the other side are the words “ru yu de shui”(如鱼得水) engraved, which has a good meaning -- It literally means that it is just like a fish getting water, so it actually means getting a person who is very compatible with ourselves or an environment that is very suitable for ourselves.

Mo Shijin, assistant arts and crafts artist, third-level ceramic decorator, Guangxi folk craft master, member of Qinzhou Young Writers and Calligraphers Association. After graduated 2013, Mr. Mo began to engage in the creation and engraving of Nixing pottery teawares. He is especially good at line engraving and micro-engraving on teapots. The images of his creations are vivid and expressive. His works have won many awards in national competitions and are deeply loved by Nixing pottery lovers.