Simple designed, elegant and dignified, it is suitable for gifts or personal use.

This teapot is shaped basing on the Shi Piao, and has been slight adjusted on the handle and lid, making it more elegant and spiritual. The body of the teapot is engraved with the words "cha wei ren sheng (茶味人生)", which means that life is like tea. On the other side is an elder sitting with a cup of tea, which is very Zen-style. 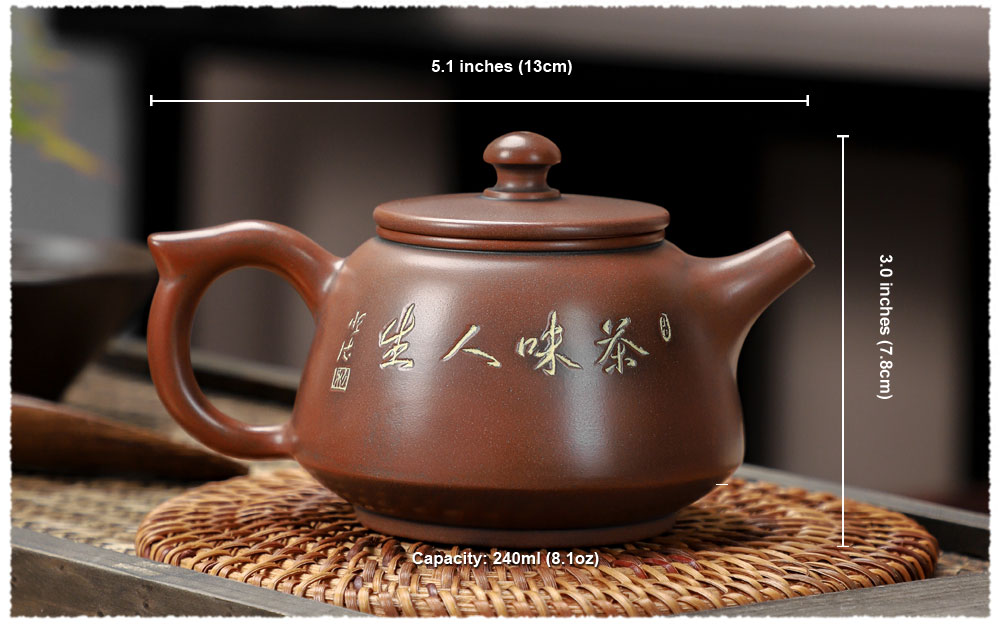