Combining naturally with unique shape and tea set’s primitive simplicity, it gives us a unique beauty.

In Chinese Zisha culture, Gongchun is a pioneer craftsman known for creating Zisha teapots. According to legend, he was an official’s shutong, a boy serving beneath a scholar; he met an old monk who knew how to make Zisha teapots while accompanying his master to the Yixing Jinsha Temple, and there Gongchun began to secretly learn the craft. Later he took inspiration from the bark and knots of the ginkgo tree beside the temple and began making a pot with its appearance, carving all of the little deformities and characteristics. The pot came out beautiful and lovely after firing, and became its own established style: when a pot follows and draws from the natural forms of nature, it is referred to as a Gongchun pot. 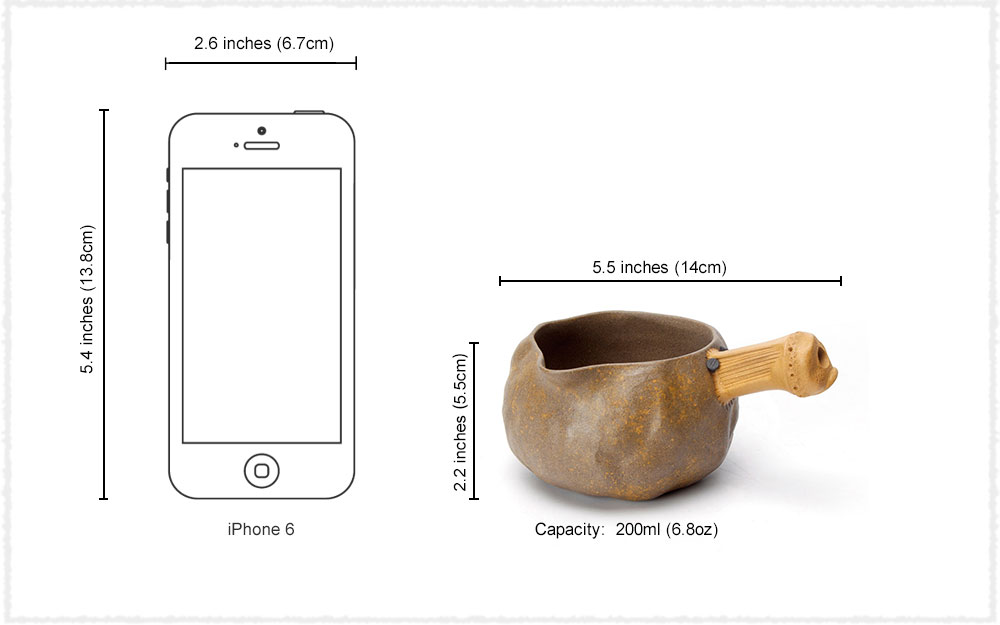 The handle of this particular pot is made to look like a joint of bamboo, further reinforcing the pot’s natural essence and appearance. The protruding lip of this pitcher allows the tea liquid to flow smoothly; meanwhile, the shape is totally unique, and the handle and body are handmade of pure Duan Ni clay. The joint features two black nail-like objects, also made of Zisha clay, further bringing together the appearance while maintaining the pot’s material and structure.

Duan Ni: Duanni, also called Lao Tuanni, is often seen around Huanglong Shan, Yixing, in Jiangsu Province. Aside from being used to make pottery, duanni is often finely ground for use in blends; when fired the clay turns yellow in color, with tiny speckles of red throughout. This type of clay is loose with double air-hole structures within, resulting in smoother cross-ventilation than other types of clay, establishing it as a great choice for usage in teapots.