This tea of Teavivre takes Sri Lanka black tea as raw material, adding edible essential oil of bergamot, which makes the aroma of this tea extremely fresh and enchanting. In addition, with the special addition of chrysanthemum petals, not only the tea appearance is embellished more elegant, but the whole color is brighter.

The main feeling of this earl grey tea is refreshing aroma and taste. After brewing, the tea liquor is attractively red. Besides, the refreshing citrus flavor and unique taste combine perfectly, which makes the tiredness disappear instantly.

Tips: Earl grey tea is perfect for drinking in the afternoon or after dinner, and can be paired with cream scones and caramel pudding. It is also able to add lemon or milk according to your preference. 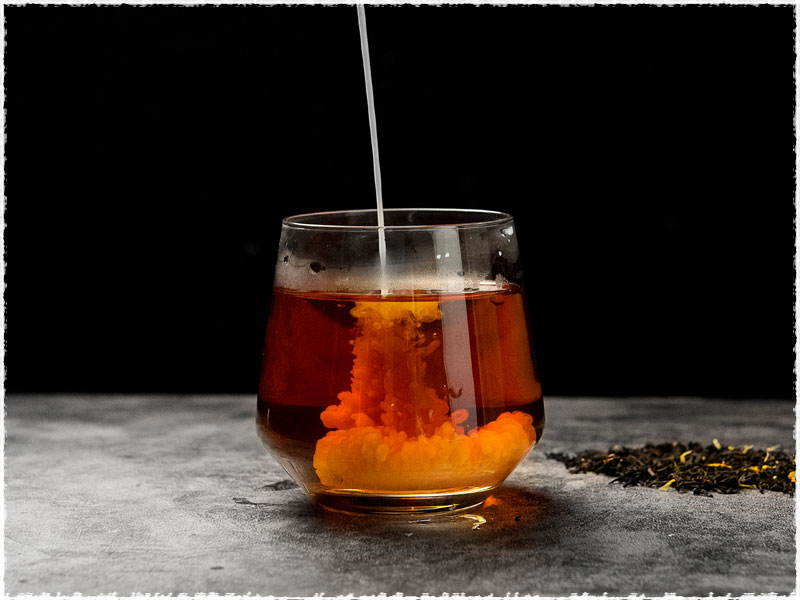 Earl Grey Tea is the general name of the mixed tea, which is based on black tea. Flavored with aromatic oil extracted from citrus fruit rind, it has a special aroma and taste. First this blend tea named from former British foreign secretary and Prime Minister Earl Grey II. After that, it was widely spread in the royal aristocratic circles for the unique taste and elegant fragrance, so named after the count, and quickly became one of the most favorite blend teas.