This soft and sweet black tea, with its affordable price, is a great choice for black teas lovers.

Bailin Gongfu is a completely oxidized black tea. It is a “gongfu” (or “congou”) type of black tea, meaning that it is hand-crafted with the leaf buds twisted into thin, tight strips, without being broken. When dry, the leaves carry a light caramel scent, and are a mix of black and golden-orange “pekoe” fuzz-covered buds.

The Nanguang Tea Garden is located in the west of Taimu Mountain with elevation between 600-900 metres, and is 80% covered by forest. The weather here is warm and humid, with abundant rainfall. The tea plantation is surrounded by fog which creates the perfect conditions for tea bushes, resulting in a rich array of micro-minerals and organic nutrients accumulating in the tea leaves. The tea plants growing here are mainly of the Fuding Dahao and Fuding Dabai varieties.

Lin Jian was born in Fuding, Fujian, and has been living in a tea-filled environment all his life. His father, grandfather, and great-grandfather are all tea farmers; when in elementary school, Mr. Jian helped pick the tea when there were not enough workers. This led to his dream of becoming further engaged in the tea business.

He said: “My original idea was to establish a good life for my family by running a tea business. But when I got to that point in 1993, I changed my mind: Fuding is one of the best places for growing tea. So I wanted to create a long-term organic tea business.”

Mr. Jian is now one of the first founders of Chinese white tea, owning almost 2800 acres of high-quality Fuding tea gardens, including the only organic tea garden in Fujian that has passed all the European, American, and Japanese certifications. This organic garden has also become the national agricultural standard.

In 2010, his Bailin Gongfu black tea won the gold medal for black teas at the Tea King Competition in Ning De city.

Like our Silver Needle tea, our Bailin Gongfu black is produced in the Mt. Taimu area, in Fujian province along the southeastern Chinese coast. The tropical and mountainous coastal climate here is perfect for growing tea. The area receives abundant rainfall, with misty spring days and mild temperatures through both summer and winter; the mountains around this region are almost completely forested, ensuring a high natural fertility of the soil and organic content, which in turn eliminates the need to use fertilizers. 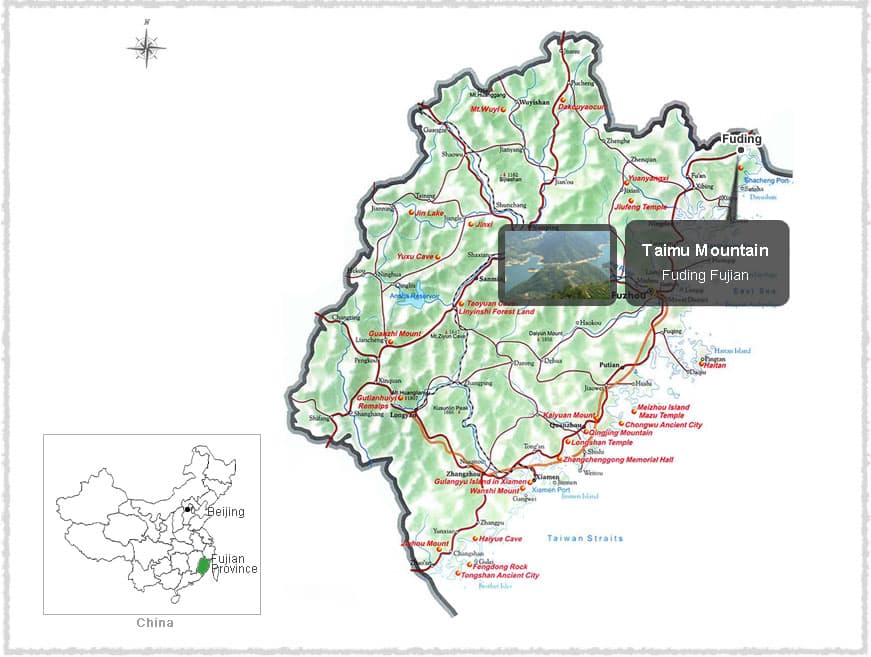 This Bailin Gongfu tea is made from the leaves of the Fuding Dahao tea plant, also called “Dahao” for short. It propagates asexually and is shaped like a small tree. In 1985 it was certified as a national tea plant variety with the number GS13002-1985. It can grow up to 2.8 m high and has an obvious trunk. Spring tea, which contains 1.8% amino acid and 28.2% tea polyphenols, is a high-quality tea used to make Silver Needle White Tea and White Peony Tea. 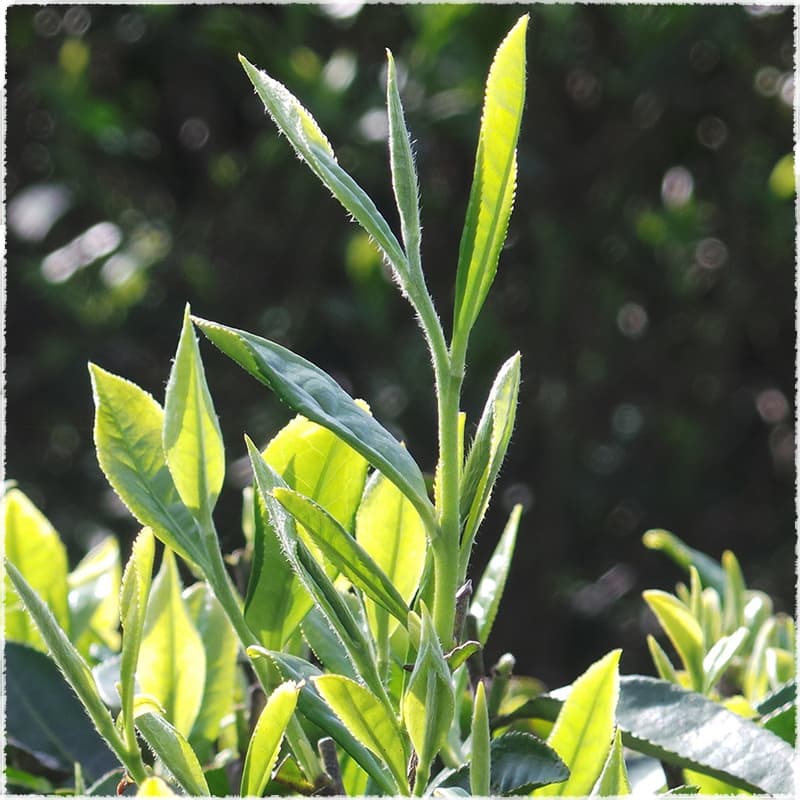 The history of Bailin Gongfu tea is somewhat shrouded in mystery, with the earliest documentation found in the “WuYi” historical document, written in 1851 in Fujian by a Chinese scholar named Dong Tiangong. In this document, he recorded “gongfu” as the name of a type of black tea produced in the Mt. Taimu area in Fujian.

In recent years, production in Fujian and neighboring provinces has rapidly moved from state-owned enterprises to private, local companies, resulting in a similarly rapid increase in product quality, innovation, and yield.