Mellow and rich taste, with undertones of chocolate

Mellow and rich taste, with undertones of chocolate

This Dragon Pearl Black Tea is perfect for a daily breakfast tea for black tea lovers to have a fresh beginning of the day. Or drink in the afternoon to wash away the stress of the day.

The Golden Leaf Awards is the premier tea award event in Australia, judged by experienced professionals within the food and drink industry hand-picked for their knowledge and exceptional taste. We’re excited to announce that this Fengqing Dragon Pearl Black Tea has won the GOLD MEDA in the Best Single Origin Worldwide in 2022.

Using black tea from Fengqing, Yunnan as the base material, these dragon pearls are manually made into their distinctive shape, preserving the characteristic aroma of the black tea inside. The workers can produce about one kilogram of this tea per hour.

The leaves for these pearls should only be picked around the time of Qingming, or pre-Ming - or in other calendars, about two weeks after the spring equinox. The leaves used are the highest grade of spring teas, with noticeable white hairs along the surface; when smelling the dry pearls, you can easily pick out a chocolate aroma.

The Yunnan Dianhong Teas come from an elevation of 1800 meters right from Lida Tea Garden, located southwest of Mengyou Town in Fengqing. Its high elevation and ecologic environment make it a perfect place for producing Dianhong Black Tea. 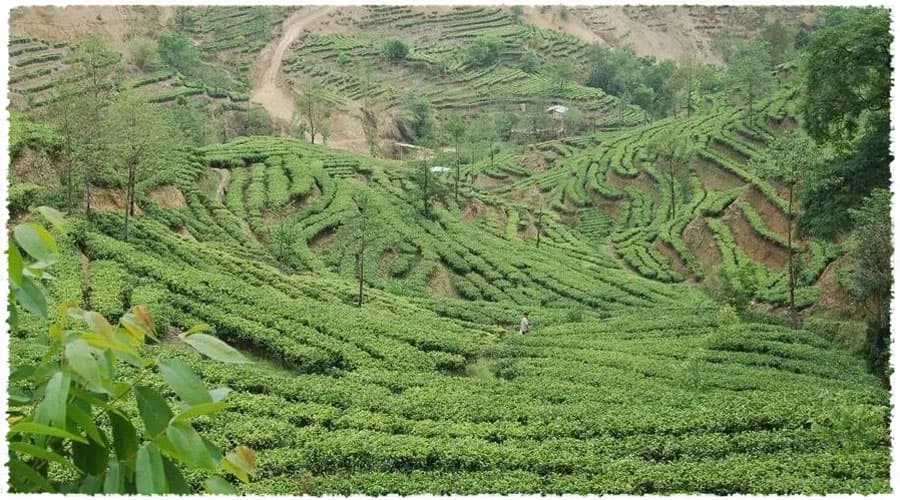 Fengqing is a region in the northeast part of Lincang, one of the four famous Pu-erh production areas (among Xishuangbanna, Pu’er (Simao), and Baoshan). Lincang is about 680 kilometers from Yunnan province, Kunming, and is also the origin of the world-famous Dian Hong black tea, as well as one of the original tea-production regions all over the world. 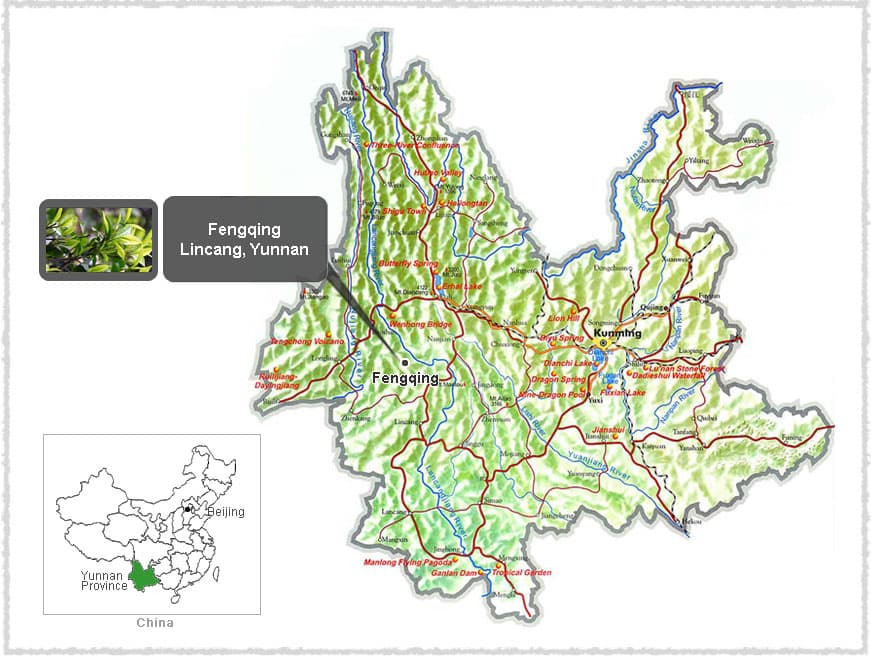 Fengqing played an important role in the northern part of the Ancient Tea Route, or Silk Road; this region is also home to the largest ancient tea tree in the world, named “Jing Xiu Cha Wang”, in Xiang Zhuqing village. It is 3200 years old with a trunk almost two meters across. 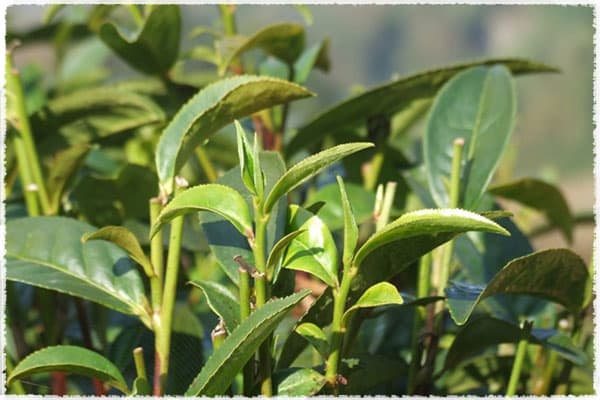 Dian Hong Black Tea was first produced in the 1930's by Feng Shaoqiu in Fengqing, Yunnan (the place which was considered well to grow tea for its natural environment). The first batches of Dian Hong were instantly popular, and were exported through Hong Kong to England and other Western countries. Now Dian Hong has become one of the most respected and widely known types of Chinese black tea. Held in extremely high regard in China, it is often presented by the government there as gifts to visiting dignitaries.