Tanyang Gongfu, as the header of Fujian Black Tea, is a kind of high quality black tea well revealed both in appearance and taste.

As one of Fujian’s best Gong Fu black teas (among Bai Lin and Zheng He Gong Fu), Tan Yang is characteristic in its particularly eye-catching orange pekoe, a good indicator of its superior quality. The traditional crafting and processing method of this tea also allows it to retain most of its original nutrition.

If brewed with a gaiwan in the traditional Chinese Gongfu method, this tea will display a sweet, mellow flavor, with a pleasant aftertaste lingering in the mouth and throat after drinking. The aroma of Tan Yang Gong Fu tends to float around for a long time, and as you brew it for longer, the flavor and aroma become stronger, yet mellower at the same time.

Bai Yun Shan Tea Garden is located in Tanyang Village, the birthplace of this tea. The village here covers an area of 6.75 square kilometers, with the gardens taking up about a third of that, and forests another 2.77 sq. km; the precise forest coverage reaches up to 74.5%, which results in a prime ecological environment for growing tea. The mountain peak is always surrounded by thick white clouds, which gives this garden its name: Bai Yun, 白云, means white cloud. 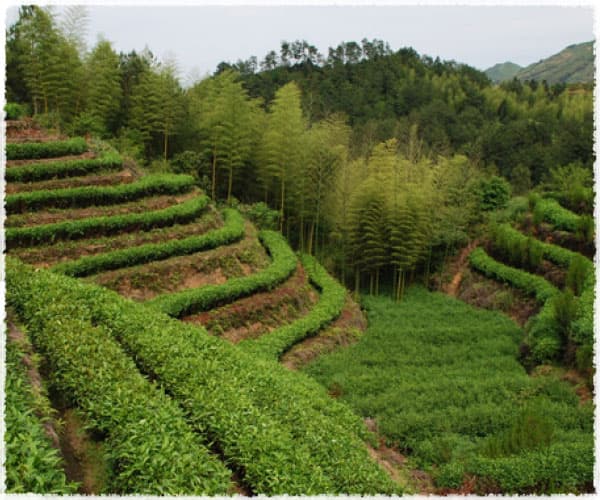 It’s a national scenic spot, and is the highest mountain in Fu’an with the altitude of 1448.7 meters.

Tanyang Village is west of Shekou Town in Fu’an City, along the northeast coastline of Fujian Province. This area experiences a subtropical maritime and monsoon climate. 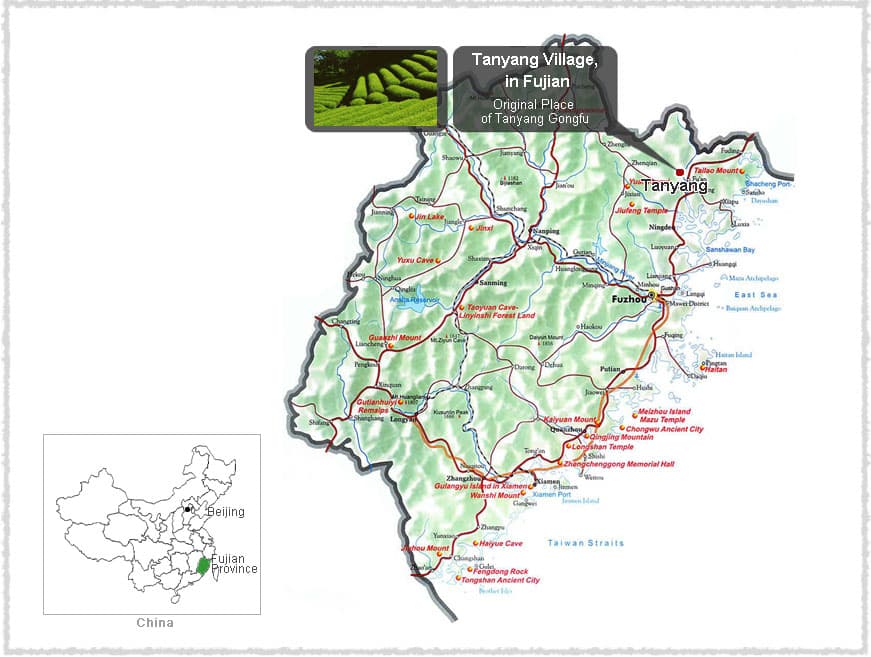 In 2001, Fu’an was named the “Home of Chinese Tea” for its 200 square kilometers of gardens, and the famous Tan Yang Gong Fu black tea to which it gave birth.

Tanyang Cai Cha is a medium-leaf tea tree with a long history of planting originating in Tanyang Village. It has spread across west Fujian, and the species is notable for its strong ability to resist both drought and cold.

The plant grows to a medium height, with dense branches and oval-shaped, dark green leaves, slightly swollen and tapering to a pointed tip. 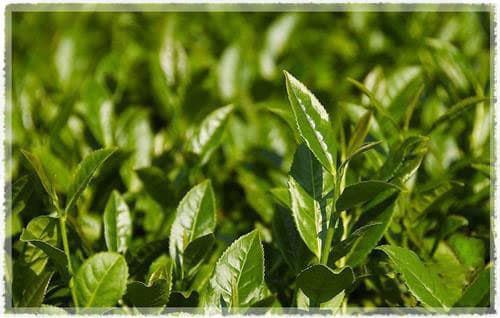 The bud and leaf of Tanyang Cai Cha are fertile, and are able to remain fresh for a long time. Leaves from this species are suitable for making green and black teas of superior quality.

Tan Yang Gong Fu black tea was first produced in 1851 during the Qing Dynasty, and was then exported to many European countries in high volume. Many tea merchants travelled to Tanyang Village to purchase this tea, as well as open tea houses. In 1915 it won the gold award in the Wan Guo Expo, and earned the praise of “Of Minghong black tea being a treasure in the world, Tan Yang Gong Fu is the best”. Eventually, it even became a common beverage of the English royal family.