The combination of retro porcelain and gold surface brings out its unique texture and beauty.

This Jianzhan cup differs from TeaVivre’s other wares in that its firing process is a bit more complicated: where most of the process is similar or the same, the maker adds melted gold into this one, and unites the gold with the glaze during the second firing. Because of this expensive, meticulous process, the rate of production of these cups is fairly low.

The crystals on the glaze are bright golden “oil” spots, with a clear metallic luster. These spots show a distinctive visual shimmer under various light sources, showcasing the high-quality You Di Zhan. These spots are like duckweeds floating on top of the glaze, grouping randomly together and sometimes combining into larger or different shapes, brightening the cup as a whole.

These cups have a full crystal texture and rich appearance, and after being used for a while, the Jianzhan takes on a somewhat different metallic luster, with different types of tea bringing out different colors from the gold. 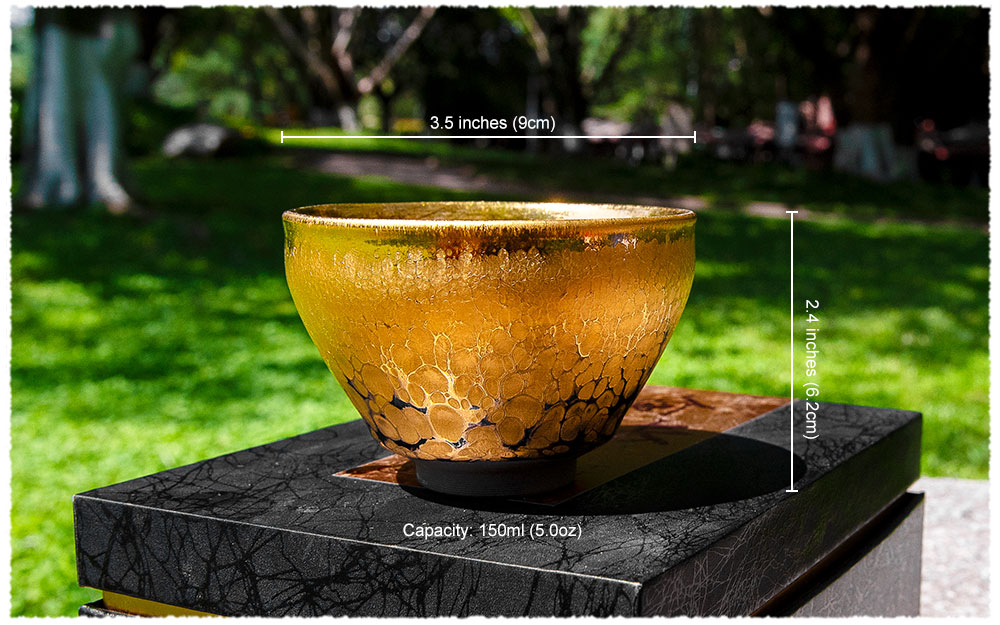 You Di Zhan have strong crystal texture and rich levels. Being used for a period of time, the Jianzhan emits a different metallic luster. Also different tea liquids will raise different colors. 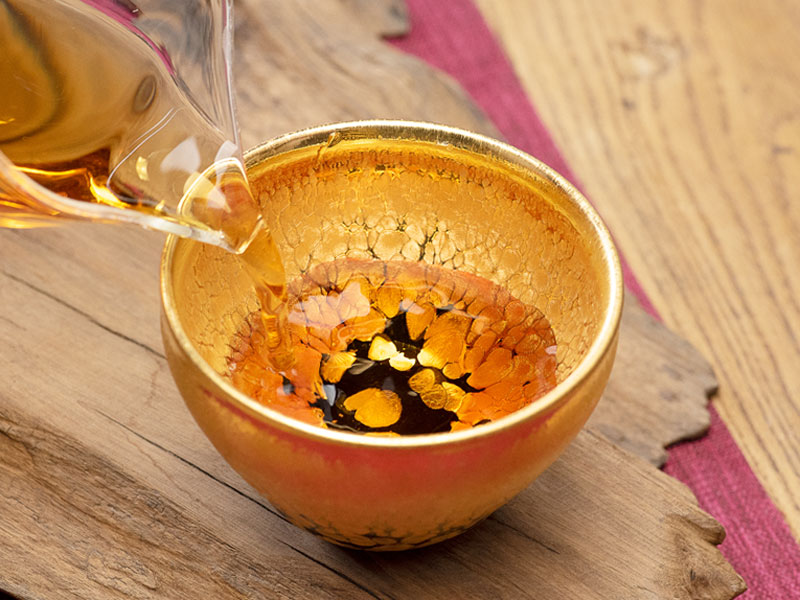