Like a natural tea leaf floating in the black tea liquor, vivid and graceful.

This style of Jianzhan is famous for the interior leaf, as elegant and natural as if it were still living. According to legend, when an artist was firing a piece of Jianzhan pottery in ancient times, he placed his piece into the kiln without realizing a leaf had fallen into it - and when he retrieve the finished piece afterwards, he was surprised to find the magical scene presented here with the leaf perfectly integrated and preserved within the glaze. Since then, this type of Jianzhan craft has been maintained and passed down.

This cup prominently features a Bodhi leaf, clearly veined, in the surface of the glaze. Through the high-temperature firing process the leaf is not only preserved instead of being burned to ash, but also displays its veins and lines quite clearly against the black bowl of the cup. When the cup is filled with tea the leaf almost appears to float inside. 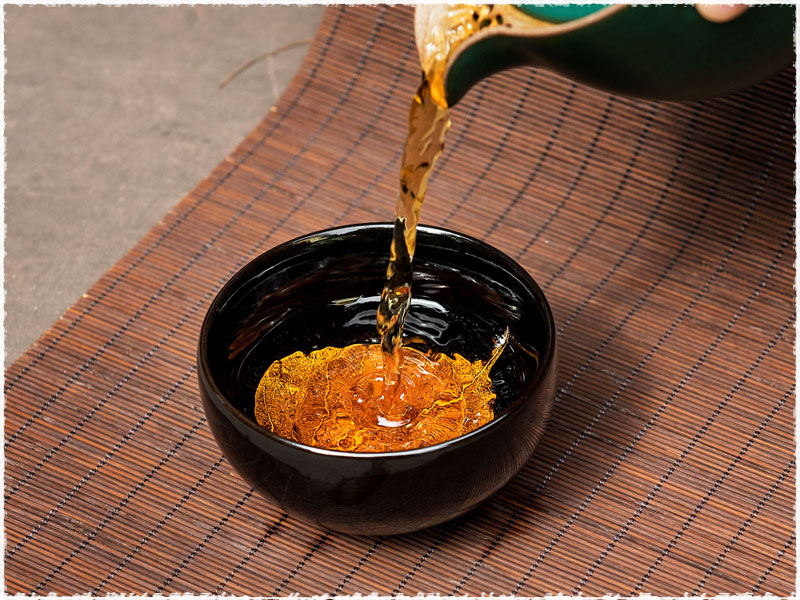 Note that each and every leaf featured in these cups are natural and hand-picked, and as such differ greatly in shape and type. 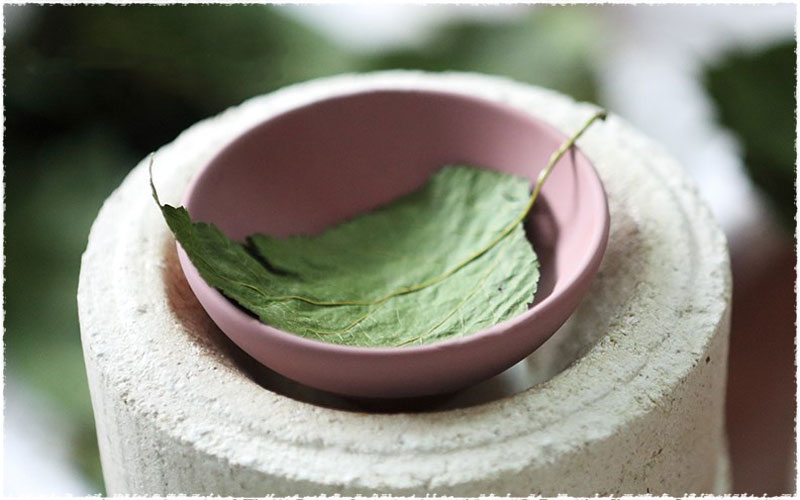 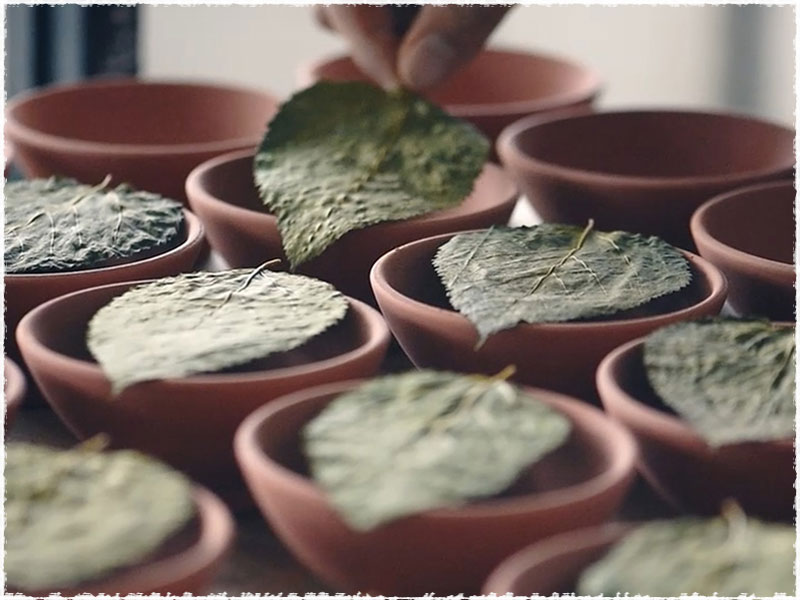 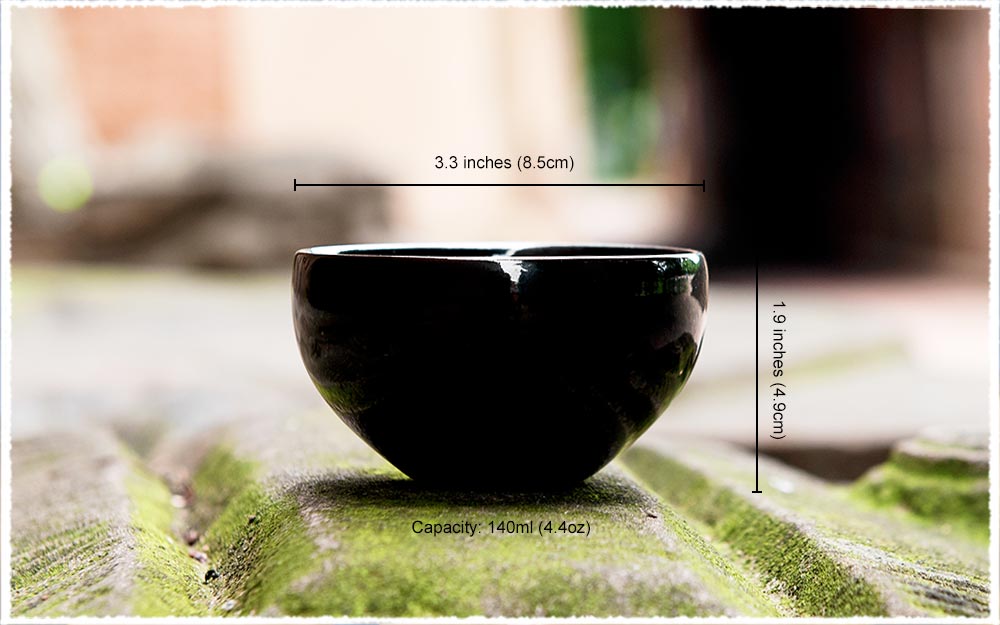 With this particular cup the Bodhi leaf is fully integrated into the glaze, with the texture able to be felt in the bottom of the cup. 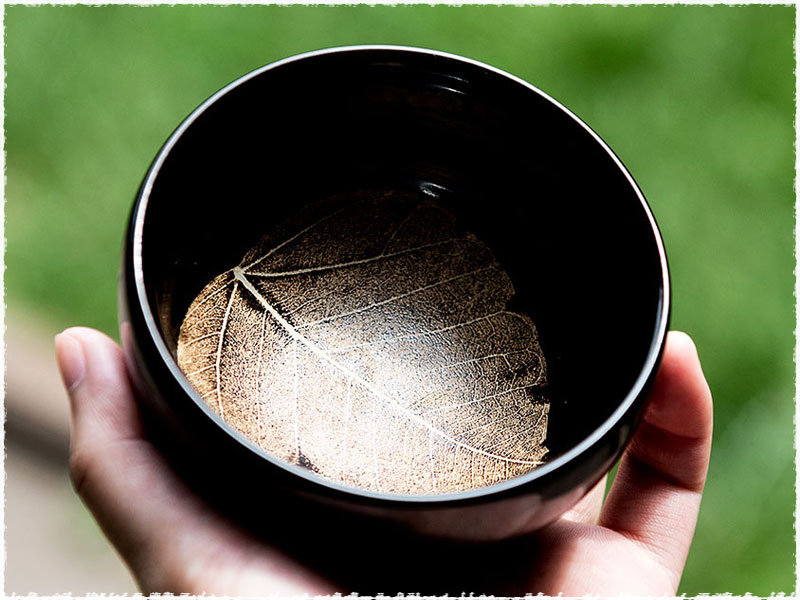 Mr. Yu is a senior artist of Jingyang Jianzhan who has studied in the area for several years. He insists on using ancient soil and the original, traditional ore glaze for his materials, in attempts to fully revive and maintain the Song Dynasty porcelain legend. Along with keeping up traditional techniques alongside continuing his own personal innovation, his quaint, characteristic style is highly sought after by Jianzhan enthusiasts. 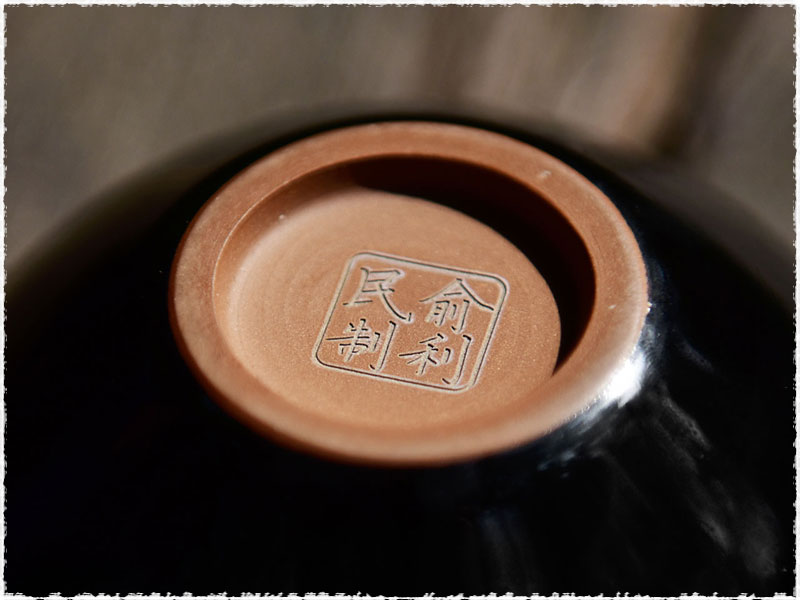