The Witches of Eastwick Fruit Tea
Next

This is a unique raw pu-erh cake, made of leaves from the Fengqing large-leaf species in Yunnan. Pu-erh of this type has a strong flavor and gentle aftertaste, and while drinking it, its taste and fragrance linger on your tongue and fill your throat with their sweetness. This tea is 200g per cake, which is very suitable for daily drink. It has slight bitter taste but will quickly disappear, followed by the sweetafter in our mouth. The aroma in the bottom of our tea pitcher is prominent and delighted.

The Ximu tea garden is located in the southwestern part of Yunnan Province, at an elevation of around 1900 meters. The annual average temperature here is about 14.5℃ with an average precipitation of about 1400mm per year, all factors that lead to a better environment for the growth of crops, especially tea and walnuts.

This raw pu-erh cake is from Fengqing, the representative pu-erh production area in the southern region of the Dianxi longitudinal valley. As a county, Fengqing is in the northwest of Lincang, one of the four famous pu-erh production areas alongside Xishuangbanna, Pu’er, and Baoshan, and is one of the first homelands of tea in the world. This place is also famous for being the hometown of Yunnan black tea in Lincang. Fengqing has a long history of planting, producing, and drinking tea, and the environment features many mountains webbed with rivers.

The Mengku large-leaf tea tree is a rare variety in the world. These species are mainly distributed in Lincang City, Fengqing County, and Shuangjian County; Yunnan has a unique advantage when it comes to geography, as its abundant rainfall and prime temperature are perfect for planting these types of large-leaf trees. The leaves from these trees are abundant in polyphenols, catechins, and amino acids, meaning they are suitable for making pu-erh, black, and green teas. 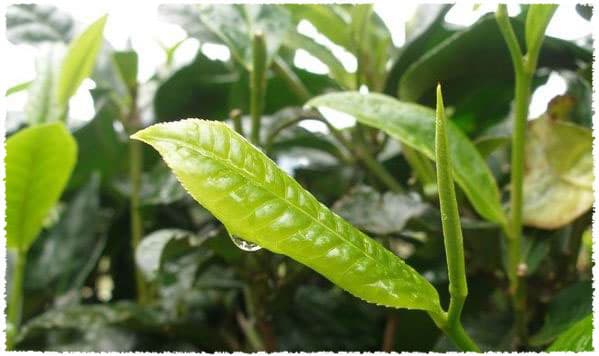