Jianshui Zitao is fused with the hand-painted art, which is simple and enjoyable.

In addition to the carving decoration, hand-painting and calligraphy are also very classic decoration techniques of Jianshui Zitao. This teapot is based on Xishi, with hand-painted lotus and lotus leaves on one side of the body, and the words "Jing Xin Le Dao" on the other side. With a capacity of 130ml, the overall is small and exquisite, but it is easy to use and the pouring is very smoothly. 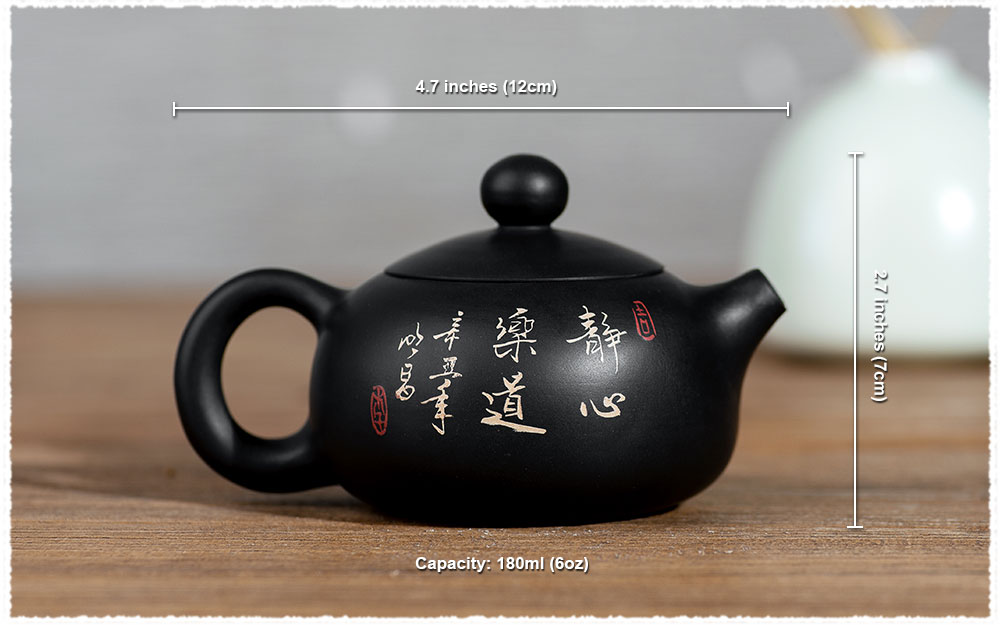 Same as the Zisha and Nixing teapot, the new Jianshui teapot may lack of gloss, but it will become more and more shiny and metallic with our daily use and the nourishment of tea liquid.

About the "painting craft" on the Jianshui teapot.

This particular craft is called "Cai Tian" (彩填). First of all, the painters need to complete the preliminary painting on the semi-dry teapot body, and then the engraver will carve the patterns or characters into grooves.

Then according to the patterns, mix with mineral pigments and white clay to get the desired colors, and fill them into the carved grooves.

Finally, tapped to remove the bubbles inside, modification, and then firing. The resulting patterns will not fall off and will not fade by time.