Shocked by the strong orchid fragrance and the long-lasting honey aroma at the bottom of the cup, highly recommended.

Mang Fei Tea, known as "one of the three treasures of Yongde", has thick liquor, rich and full taste, strong and long-lasting aroma at the brewed cup, and promotes the secretion of saliva. When we tasted it for the first time, we were amazed by it. From the first infusion, the taste is rich and the orchid fragrance can last till the six infusions. It has full Cha Qi and thick taste, but almost without any bitterness. After drinking, only the aroma and sweet aftertaste are left in the mouth. This tea was plucked and produced in 2020, relatively new, so it's very worth collecting and waiting for its later transformation.

Mang Fei Ancient Tea Mountain, located in Yongde County, Lincang City, Yunnan Province, is famous for its Mang Fei large-leaf tea and is one of the earliest places in this county to cultivate tea trees artificially. The average altitude here is 1500 meters, the annual average temperature is about 18℃, the average annual rainfall is about 1500 mm, the sunshine is sufficient, and the humidity is high. The original ecological vegetation diversity is well-preserved. With the superior natural conditions, abundant rainfall, dense forest, fertile soil and suitable temperature, it is very suitable for the growth of tea trees, which is also the rare pure natural, pollution-free and original tea producing areas in Yunnan province that do not use the inorganic substances such as chemical fertilizers and pesticides. 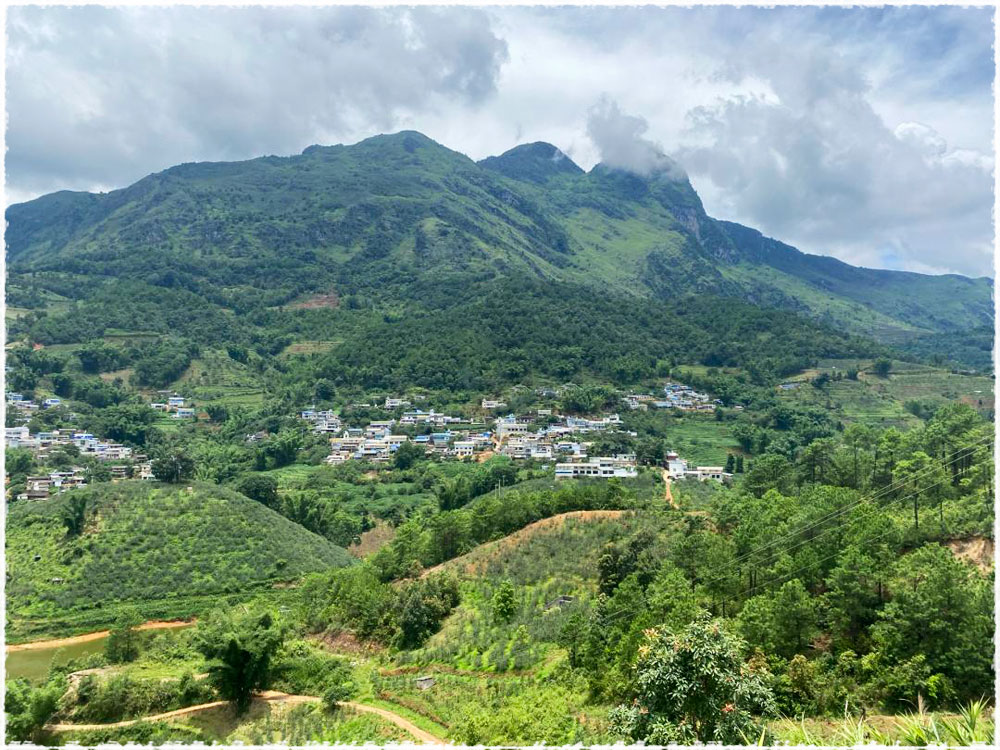 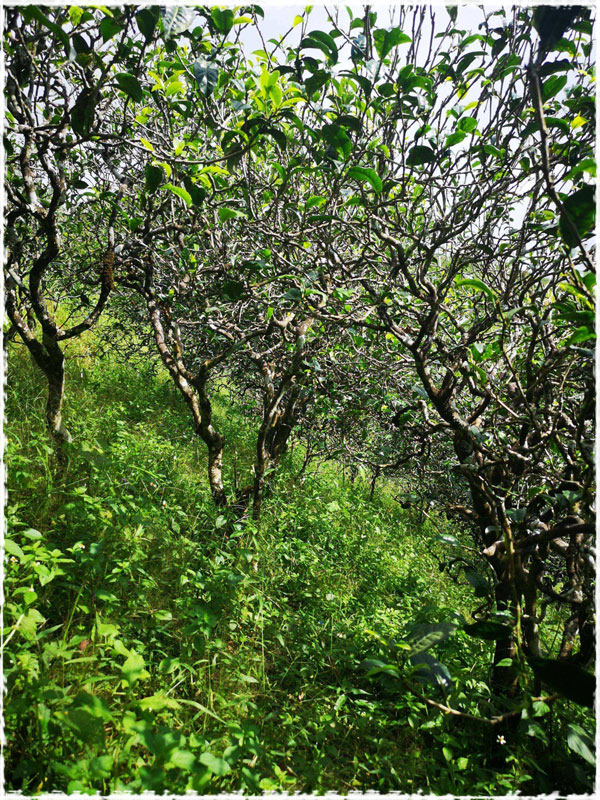 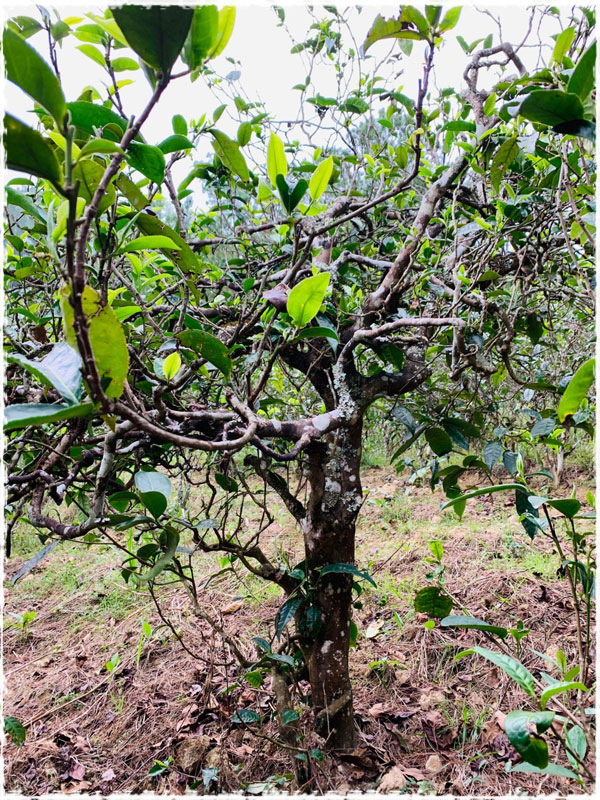 Mang Fei means “mountains between river valleys” in Dai language, which also reveals the important factor of the unique quality of Mang Fei Tea. Mong Fei Village, backed by a high mountain, has rich underground water, acid and gravel soil, facing east, with plenty of sunshine. The Mengban River flows through the foot of the mountain, and the rising mist blocks part of ultraviolet rays. 1500 to 1600 meters above sea level, large temperature differences between day and night, let the leaves store more nutrients and have a rich taste. Good tea comes out of high mountains and clouds. Grown at this unique atmosphere and after hundreds of years of cultivation, Mang Fei Tea owns its unique charm. At present, the whole village has about 4950 mu tea gardens, and the average age of the tea trees has reached more than 100 years. 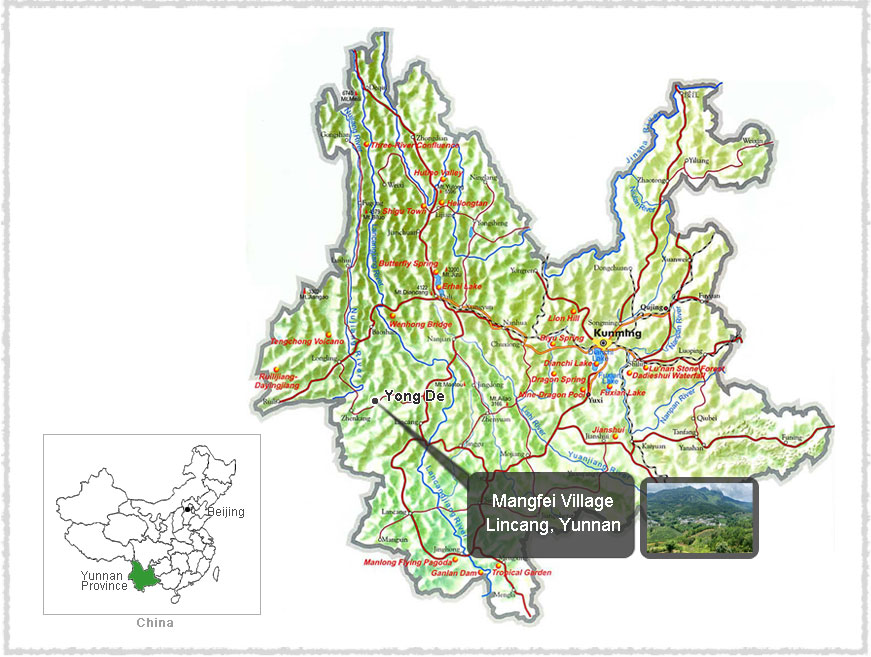 The tea species used to make Mang Fei Tea is also called Mang Fei large-leaf tea Species, belonging to one of Yunnan large-leaf tea Species. The tea trees, ranging in age from 100 to 500, are distributed in the mountains. The tea trees have dense braches and oval tea leaves, some even 13cm long and 6cm wide, green in color with many white hairs at the back of tea leaves, thick and fat. The tea plucked with one bud and two leaves contains tea polyphenols (34%) and caffeine (4.1%). 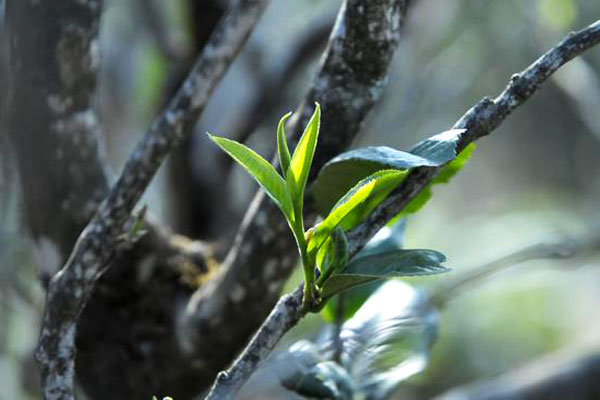