This is an award-winning tea, with thick and sweet tea liquid, worth trying!

The raw material of this ripened Pu-erh cake was plucked in 2011 and selected from Yunnan large-leaf tea trees over 300 years old, delicate and tender with obvious golden tips. They were pressed into cakes in 2016 and won the silver prize at the Guangzhou International Tea Expo. After several years of aging, the dry leaves are full of Chen Xiang (aged aroma) and also have light woody fragrance. The tea liquid is clean and bright, with glutinous rice fragrance and sweet fragrance intertwined; taste thick and mellow, sweet and smooth. After drinking, the sweet and honey scents will linger in the cup and tea pitcher.

Man Xin Long stockaded village is located in Bulang Shan entirely surrounded by forests and at an elevation of 1800 meters. The Bulang nationality here migrated over two hundred years ago, and planted the original tea trees along the nearby 150 mu of hillsides during that time.

In the tea grove, tea farmers are picking tea leaves on the high tea tree. 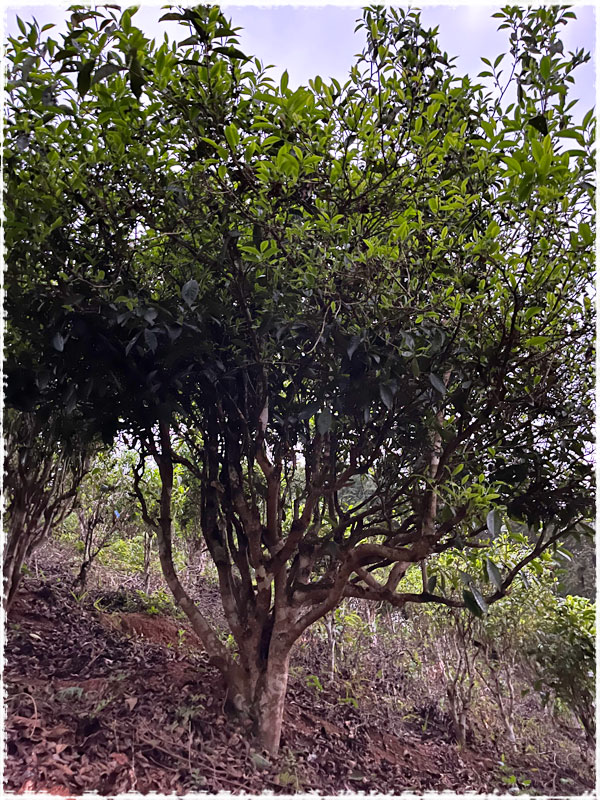