A beautiful Nixing teapot with exquisite hand-carved image, which will bring you a enjoyment tea time.

Nixing pottery is not glazed but natural firing. The clay is fine and smooth with good air permeability. Nixing pottery is rich in minerals, which produces kiln change during the firing process. The color of each pot may be slightly different during the kiln change. After certain time of raising, the beauty of the teapot is easy to appear, the surface will become smoother and warmer with better color. 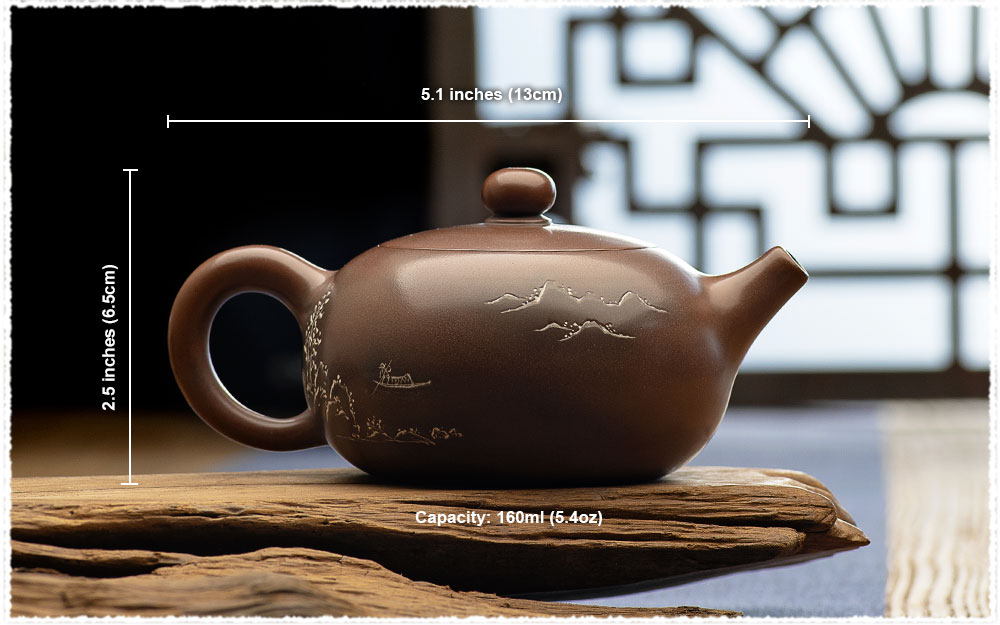 This Nixing teapot has the shape of flat Xishi with smooth lines and a sense of stability. The four characters "Shangshan Ruoshui (上善若水)" on the teapot body refers to the highest quality of people should be the same as water, good at helping everything and not competing with everything.