A 2007 year's tea that was forgotten in the factories warehouse, the bottom of the tea cup is full of honey aroma after brewing.

The raw materials of this tea were picked in the spring of 2006 and pressed in 2007. After more than ten years of aging, it no longer has the bitterness and irritation of new pu'erh tea. The tea liquid has become mellow and smooth, but the taste is still rich and bold, with woody aroma and a hint of smoky flavor. And it can brew many steeps. After drinking, there is a sense of Shengjin, and the aftertaste of the tea fragrance is long-lasting. If you are a tea lover who likes aged tea, this one is very cost-effective and worth a try.

This tuocha is from De Si Li, Meng You, Fengqing, Lincang. There are fifteen towns and villages in Fengqing that harbor wild and cultivated tea trees, including Xiang Zhu, Xinyuan, Dashi Village, Mengyou Village, Yongxin, and others, covering in total around 31,000 mu.
Mengyou in Yunnan is a prominent tea production region, for its industry of half wild and half cultivated trees. In this area there are many old tea trees that are a few hundred years old, and some reach up to a thousand or more. The ancient tea plantations here make a special cultural landscape, granting vitality to this place. 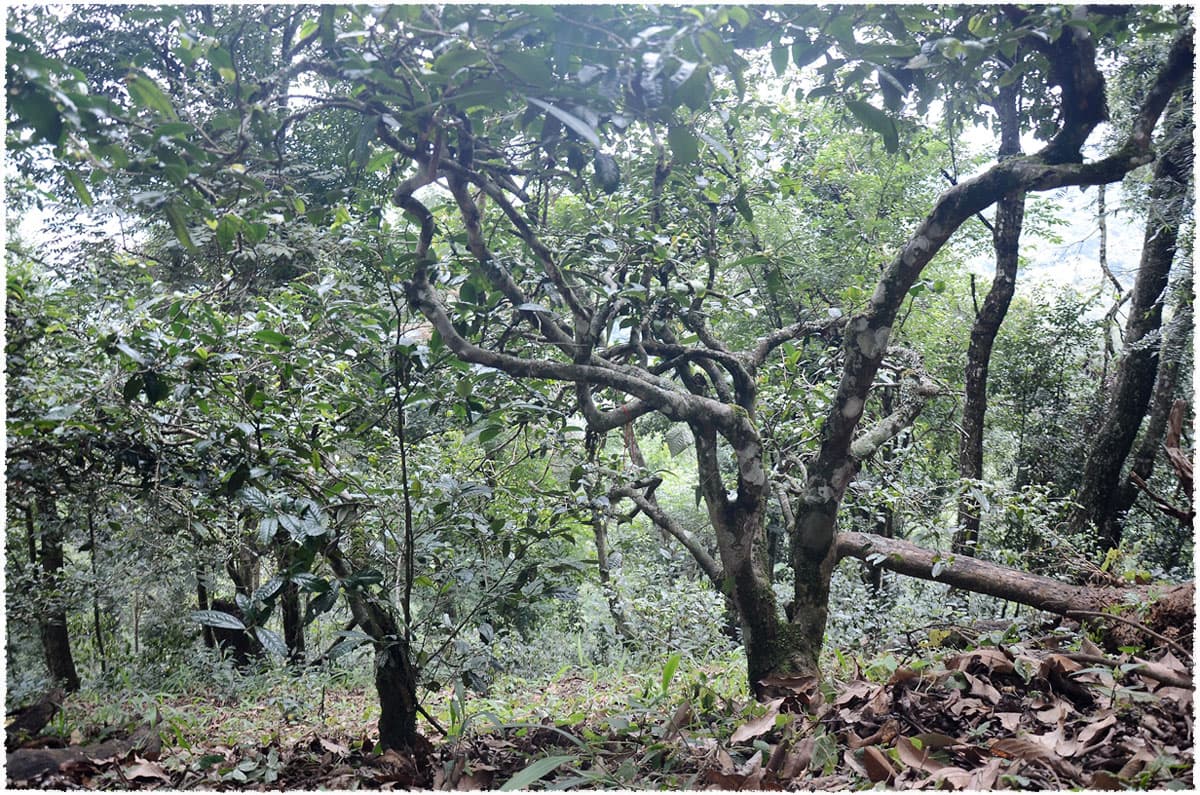 A born-and-bred Yunnan farmer, Mr. Zhou has been avidly contributing to the tea business for more than 20 years. A short chat with him made his passion for using traditional tea crafting processes apparent; he values the essential quality inside the tea leaves, and says that his experience comes from spending most of his time in the tea gardens along the mountains. Mr. Zhou is passionate about bringing out that internal quality of the tea to share with tea lovers around the world - and also claims that the best environment for growing the perfect tea is in Fengqing.

This pu-erh tea is made from the Fengqing large-leaf subspecies of the Yunnan large-leaf. It propagates sexually and takes the form of an arbour tree, meaning that it can grow to over six meters tall. 1984, the Fengqing large-leaf species was certified by the Chinese government as a national grade. It contains an abundance of tea polyphenols (30.2%) and catechins (13.4%), as well as 2.9% amino acids and 3.2% caffeine.