This entry level Pu-erh Mini Tuocha is great for Puerh beginners, as we as its individually wrap making it convenient for brewing and storage.

This type of rich, earthy pu-erh tea is referred to as ripened, or cooked. Unlike many other teas such as green and white which should be consumed shortly after production, pu-erh is unique in that it can be brewed immediately, or can be stored and aged for many years to come, much like a fine wine. Most pu-erh is classified by the year and region in which they were produced, again like wine. In fact, when it comes to pu-erh tea, a longer storage and aging period often results in a deeper complexity of flavor and an increase in the tea’s value. Many aged pu-erh teas are served in Chinese restaurants after heavy meals, as this type of tea is known for its ability to aid in digestion and weight loss.

The tissue paper wrapped over the cake or brick can help to keep the tea dry and protect it from external odors, but it is very thin and breakable; the papers will wear and tear after long storage due to oxidation.

The leaves for this tea come from the Simao area of Yunnan province, which has produced high-quality pu-erh for more than eight hundred years. This area is right along the edge of Tibet, at a high elevation with warm summers and abundant rainfall, resulting in tea trees with large, plump buds and leaves perfect for making pu-erh in particular. 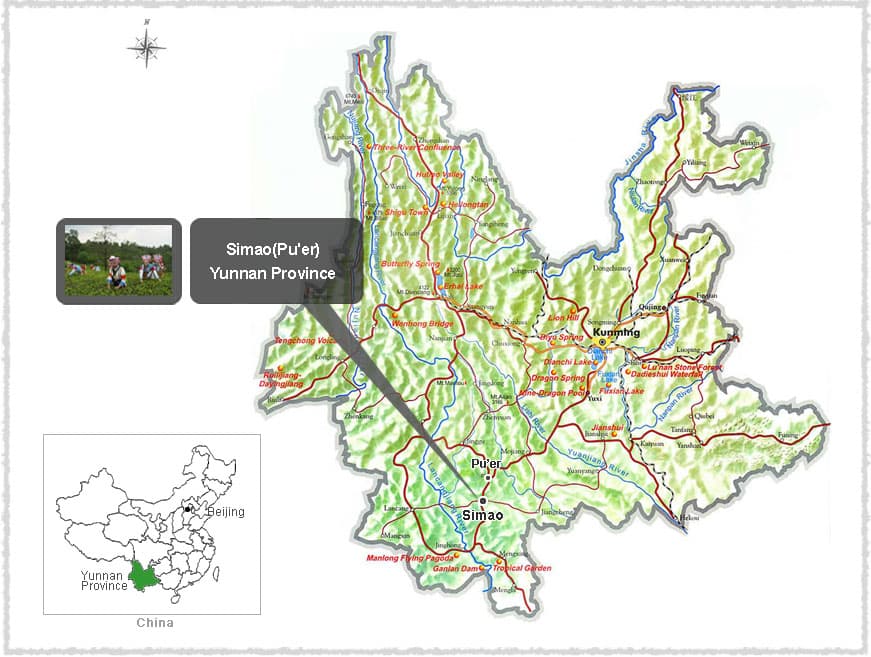 The Yunnan large-leaf tea tree is a rare variety in the world, and is best used to make pu-erh tea. Yunnan has a unique advantage in its geographical position: its rich rainfall and ideal temperature are perfect for planting large-leaf tea trees like this. The leaves of these varieties contain abundant polyphenols, as well as catechins, amino acids, and caffeine, like most kinds of tea. 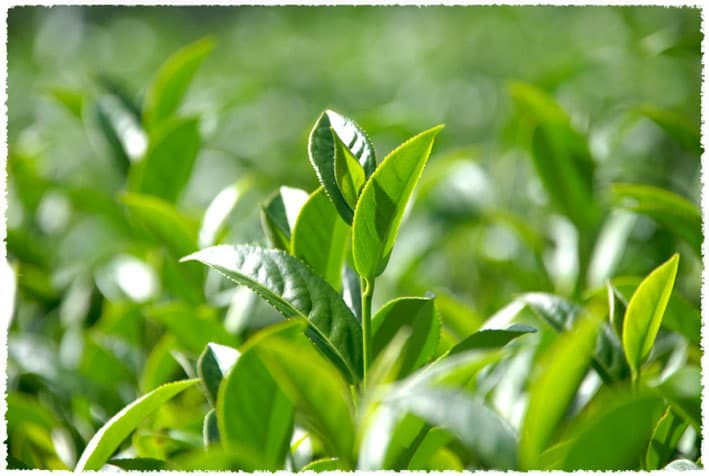