It’s a cute and small Jianzhan tea cup with 40ml capacity, which is suitable for Jianzhan lover who are just getting started. 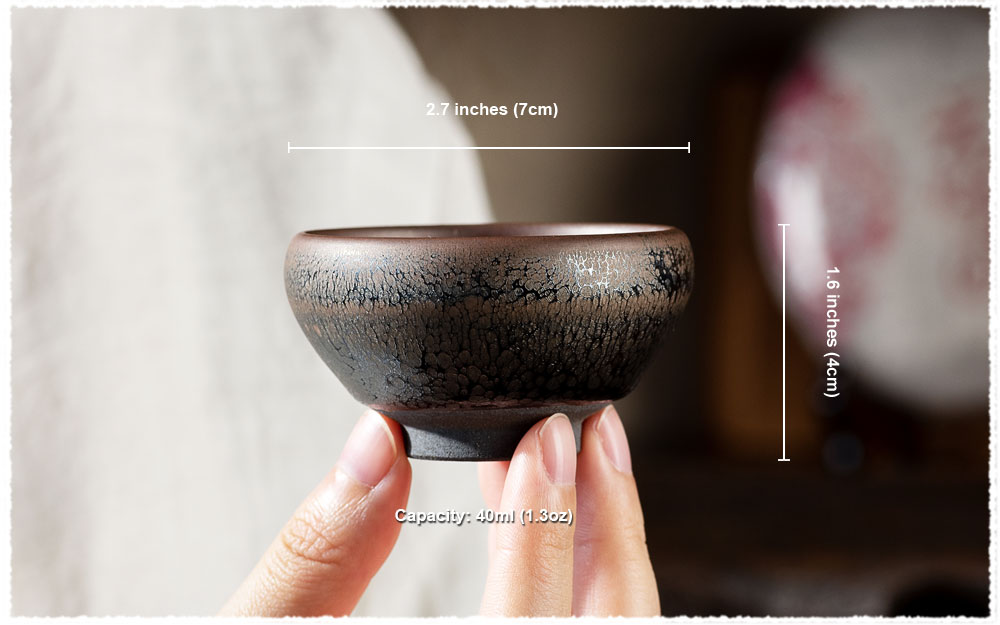 Some tea lovers often ask us if we have a smaller Jianzhan tea cup, and now we found it! This silver oil drop Jianzhan only has a capacity of about 40ml, which is almost the same as a normal ceramic tea cup. It is very suitable for daily use and share a steep of delicious tea with family and friends.