With ivory white porcelain and crystal clear in character, this tea cup can fully present the color of tea liquid.

This cup is made of white porcelain of a type called “lard white” or “ivory white”. It is simple in design with no extra decoration, leaving the cup in its pure white, translucent texture. The shape is based on that of an aroma cup, tall and thin to help preserve the fragrance of the tea. The color and lack of decoration on this cup helps to preserve the original color of the tea liquid, too. 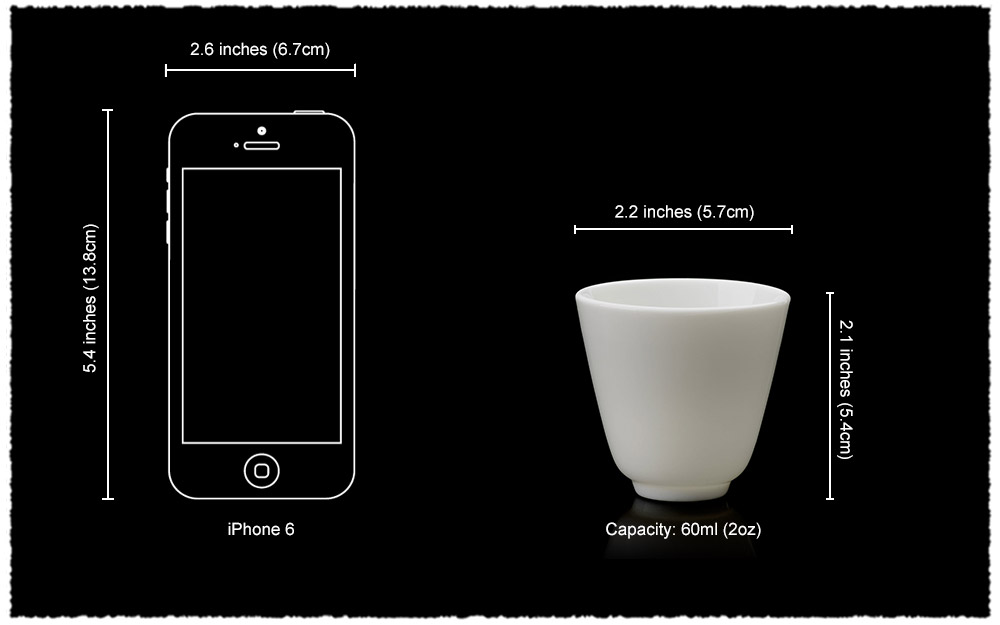 Located in Fujian province, Dehua County enjoys a great reputation for its ceramic and porcelain crafts. White porcelain from Dehua has a bright, pure white color with great light transmission. The ivory white (象牙白) and Chinese white (中国白) have been well known both at home and abroad from as far back as the Ming and Qing dynasty. He Zongchao, Lin Chaojing, and Zhang Shoushan, among others, were the most famous ceramic artists from Dehuan during the Ming dynasty.